This afternoon I donned my Vietnamese hat and mounted my faithful steed to head off to Bich Dong Pagoda, just under 9km away. Eeee I could feel my calve muscles after yesterday’s exertions with all those stone steps! Also, sitting again on a bike made ultimately for someone of smaller stature. The seat was pretty much the right height for me actually, as I could only just touch the ground with the tips of my toes, but the pedals were too high up, so I ended up feeling like my legs were folded up awkwardly. Anyway, the bike still went at quite a lick… I managed to overtake quite a few people – I wanted the breeze of a quicker pace, which I managed just fine.

The hat really was almost levitating off my head as I whizzed along, only held on by the ribbon under my chin. Otherwise it wasn’t barely ever touching my head!

I had to stop and get off as a parade came by – maybe a funeral I think, though I didn’t find out what it was about. An entire village looked like they’d come out for it though, and were parading a couple of mini Pagoda type things on biers through the street while everyone else very smartly dressed followed on. Little piles of burning incense sticks marked the path. A man was playing what looked and sounded like a traditional type of oboe, and lots of cymbals were being clashed repeatedly at the front of the parade. I didn’t want to be disrespectful, but managed to get a tiny bit of footage: 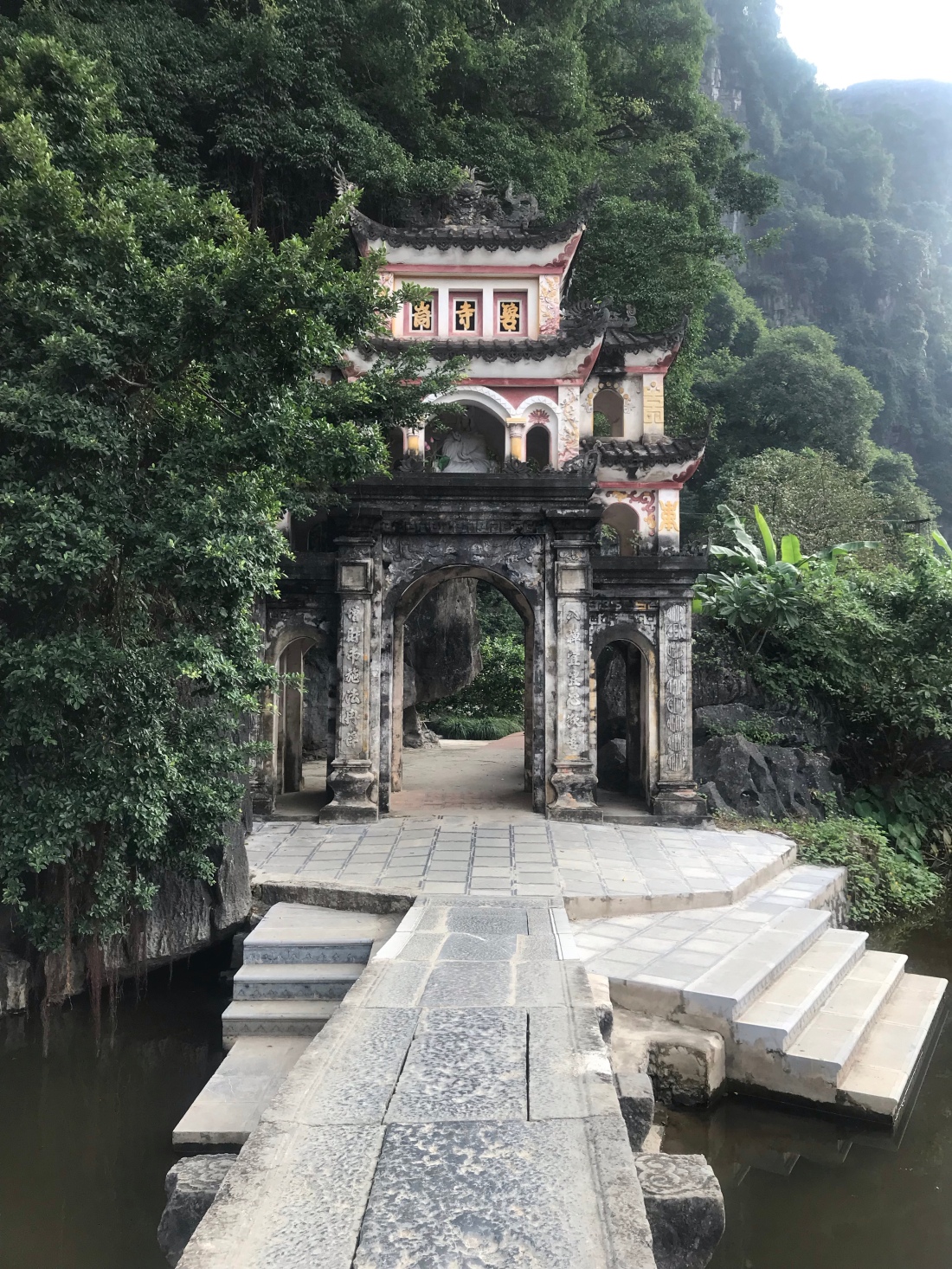 The Pagoda and temple are kind of built on several levels inside a mountain and in a grotto/cave: 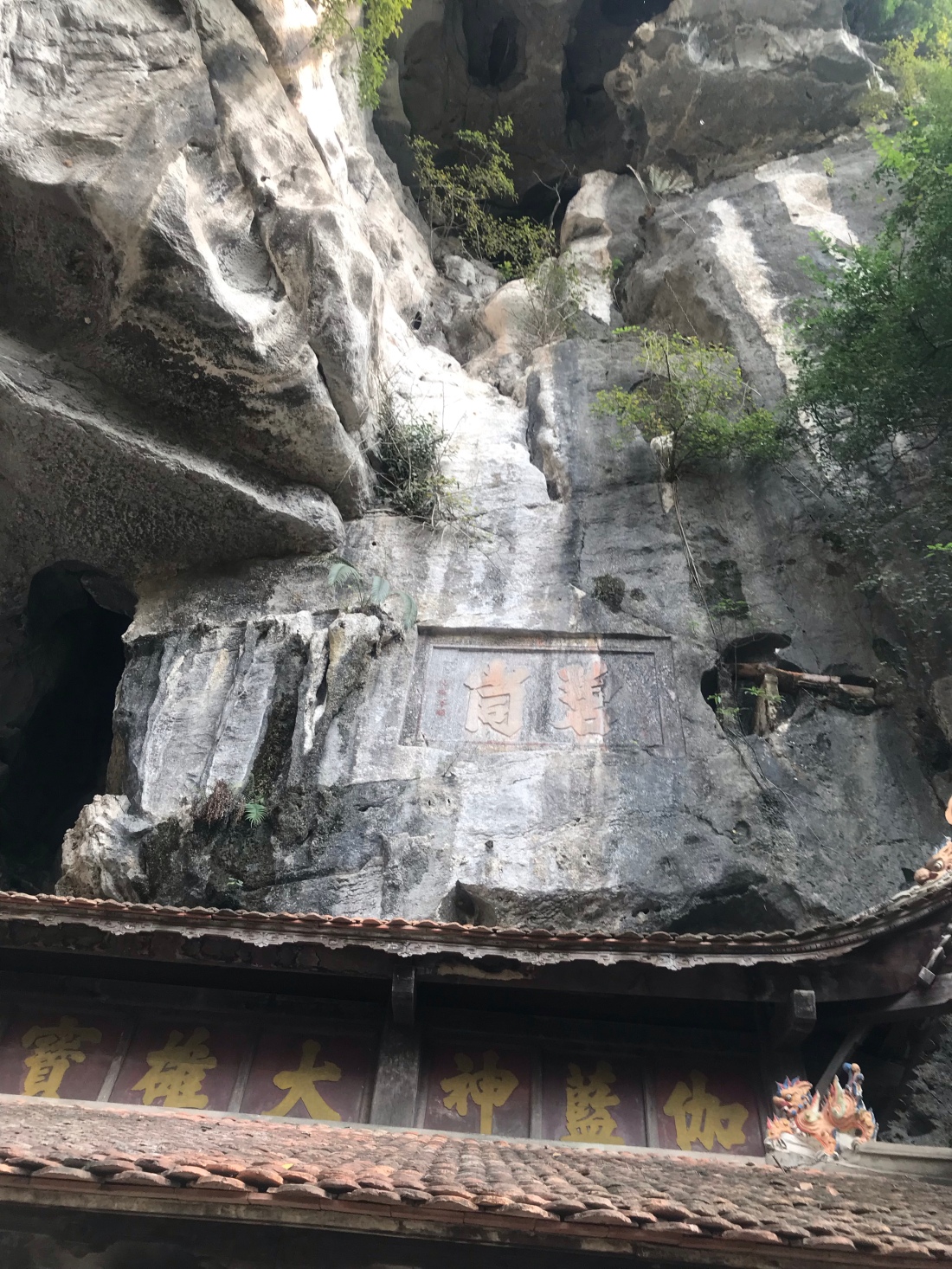 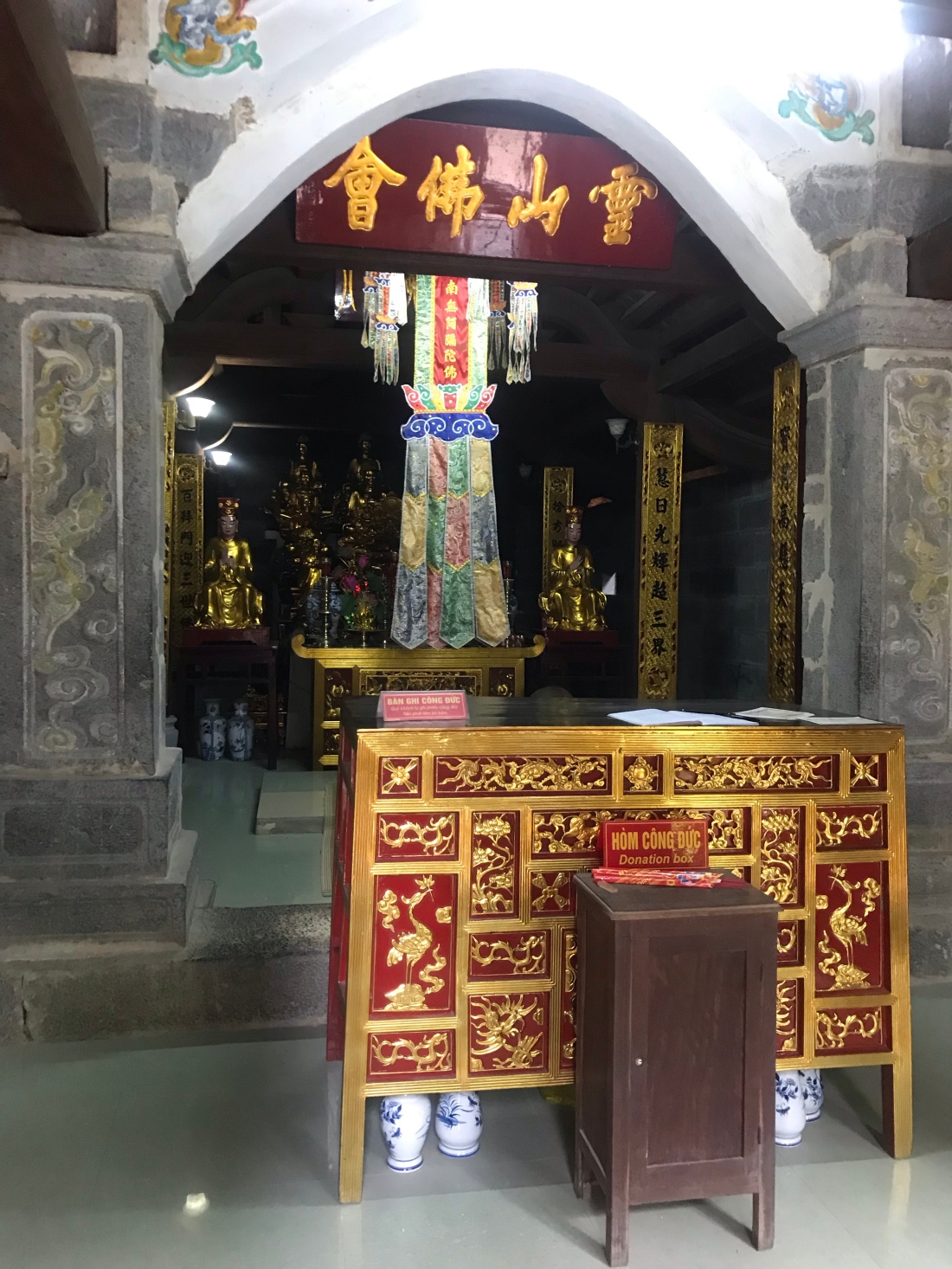 This chapel looked more like a Buddhist one than the usual to the kings/political leaders sort of thing, perhaps? 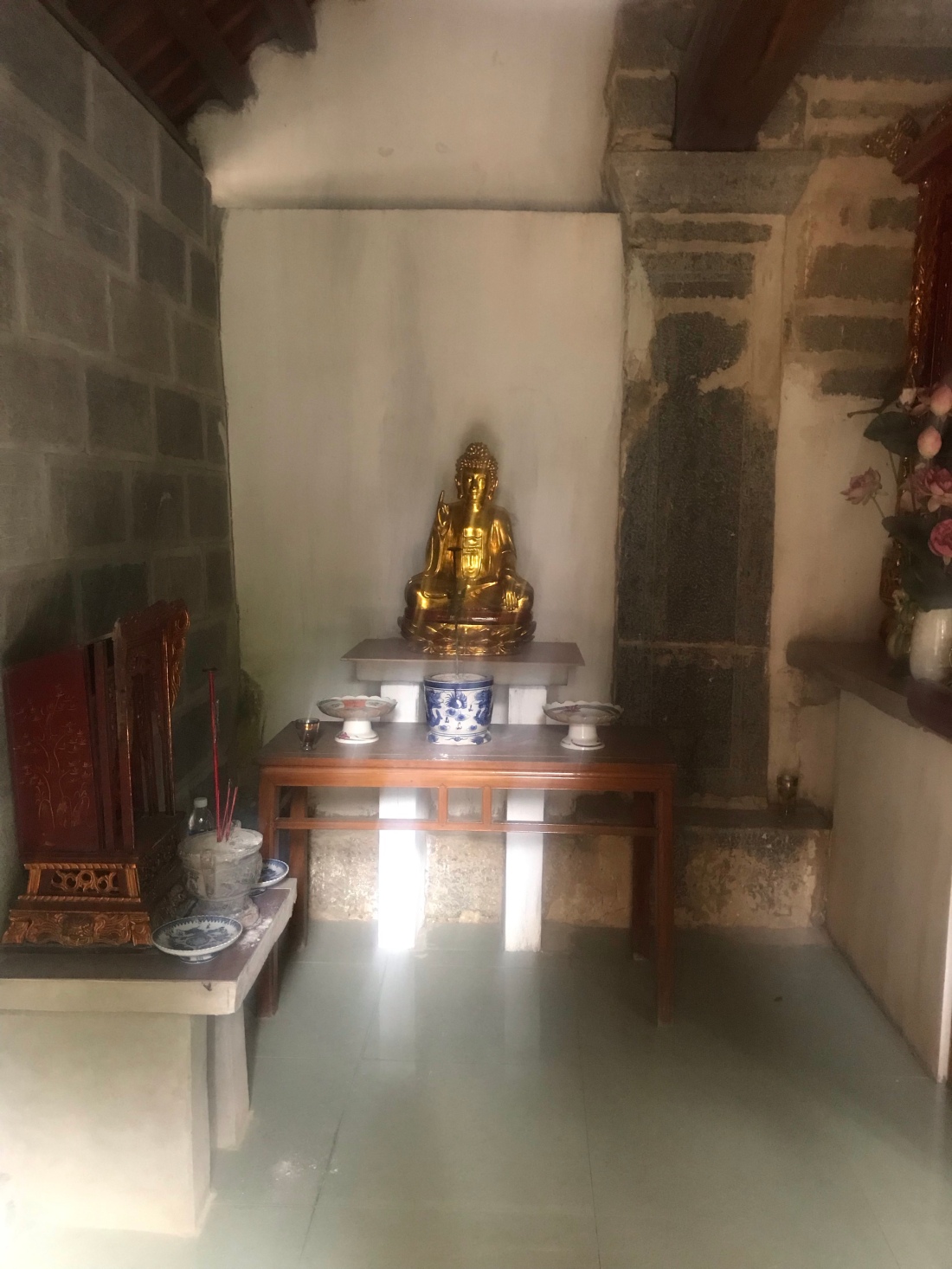 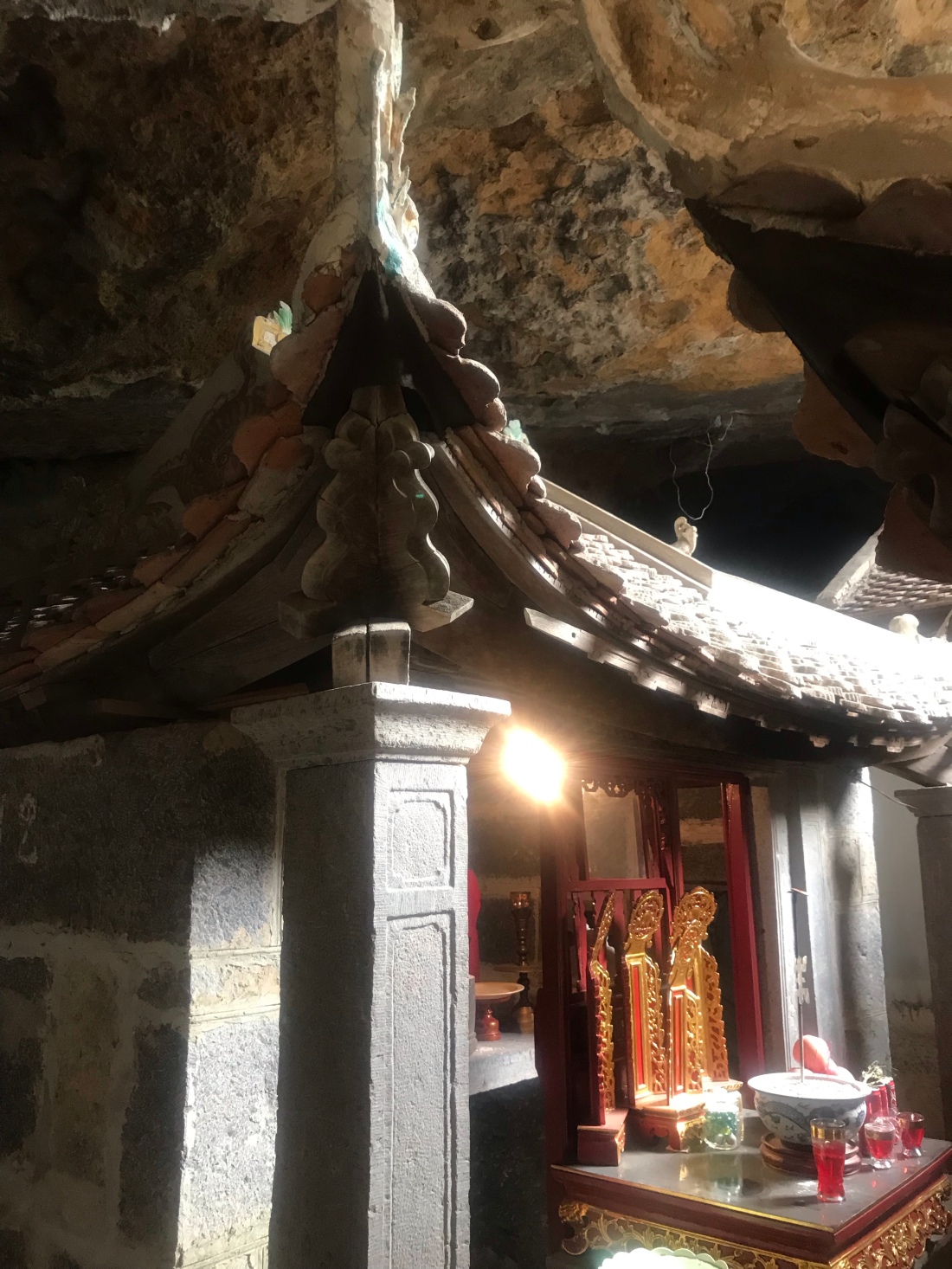 Then, horror… more steps! This time inside the grotto/cave. Was this fixation with steps upwards in a mountainside a metaphor for reaching enlightenment or heaven or something, I wonder? 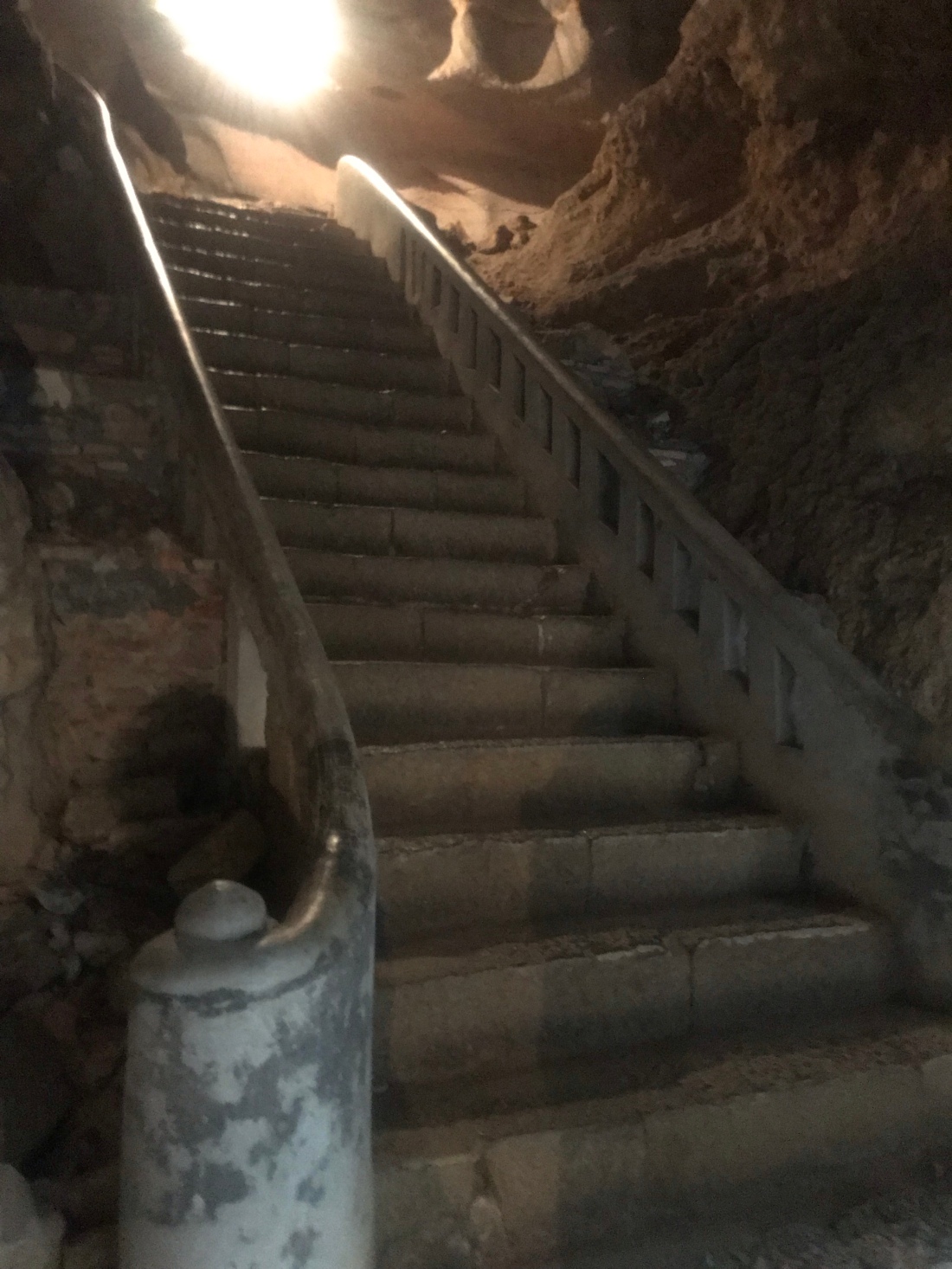 An ancient bell and a half! 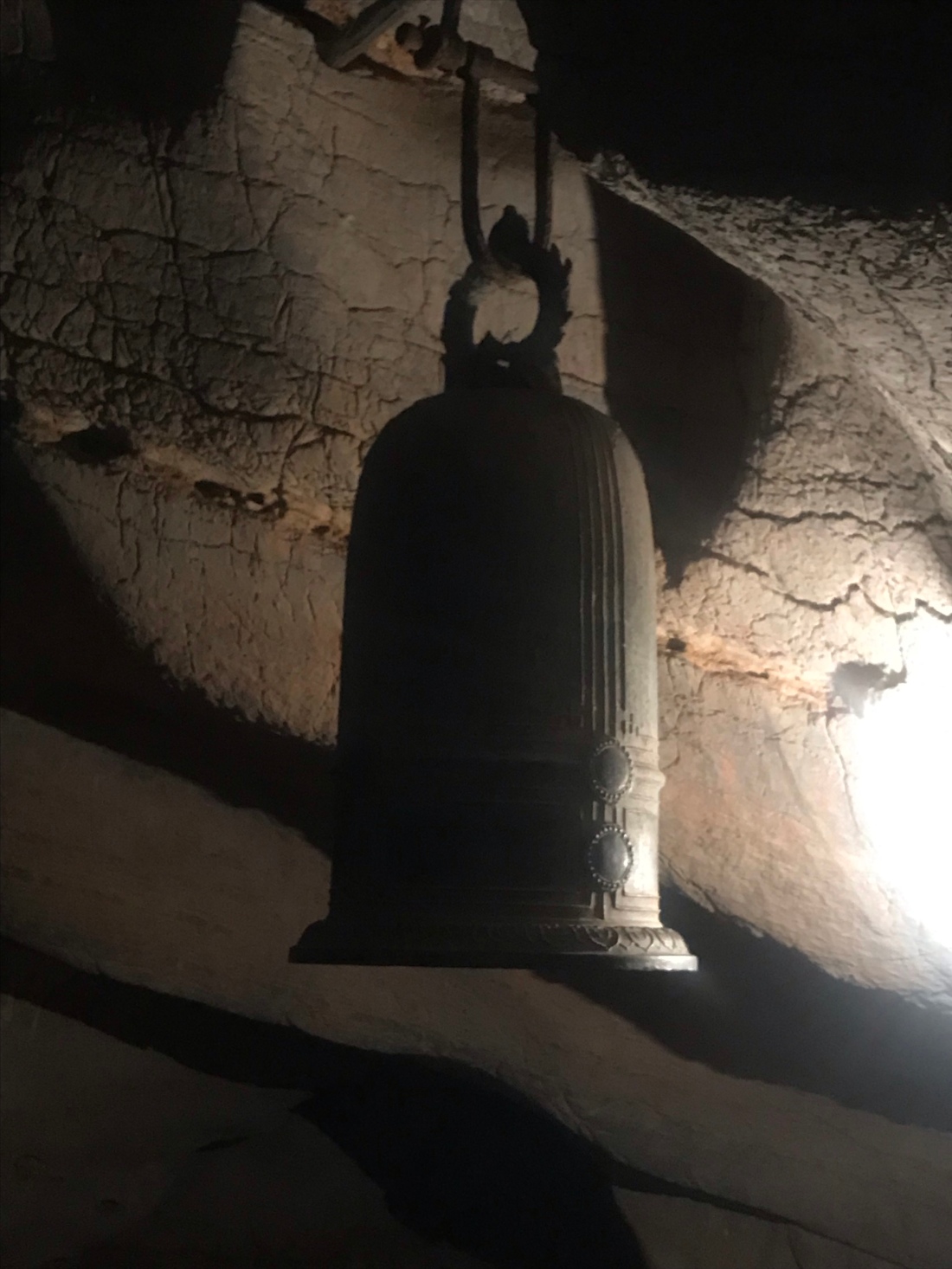 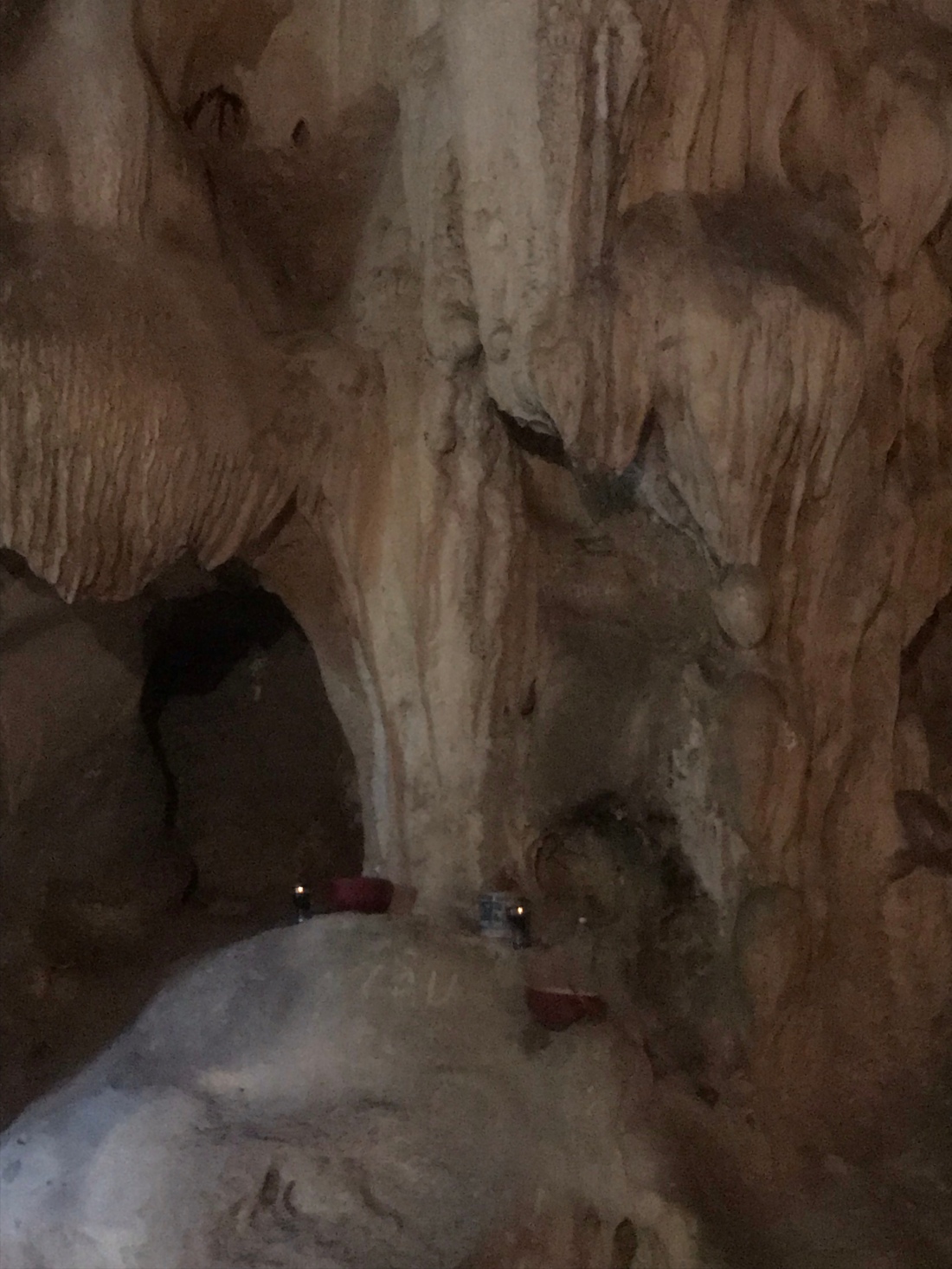 I loved the way the light fell on the figures in this temple area: 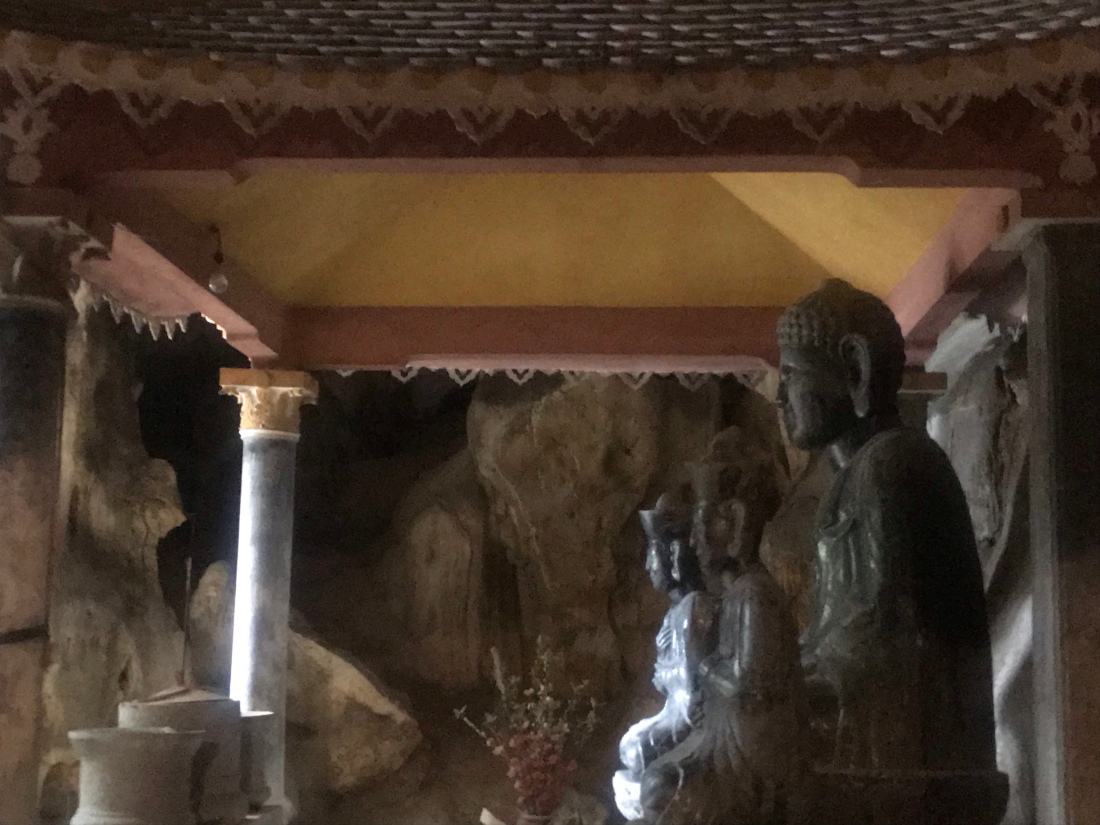 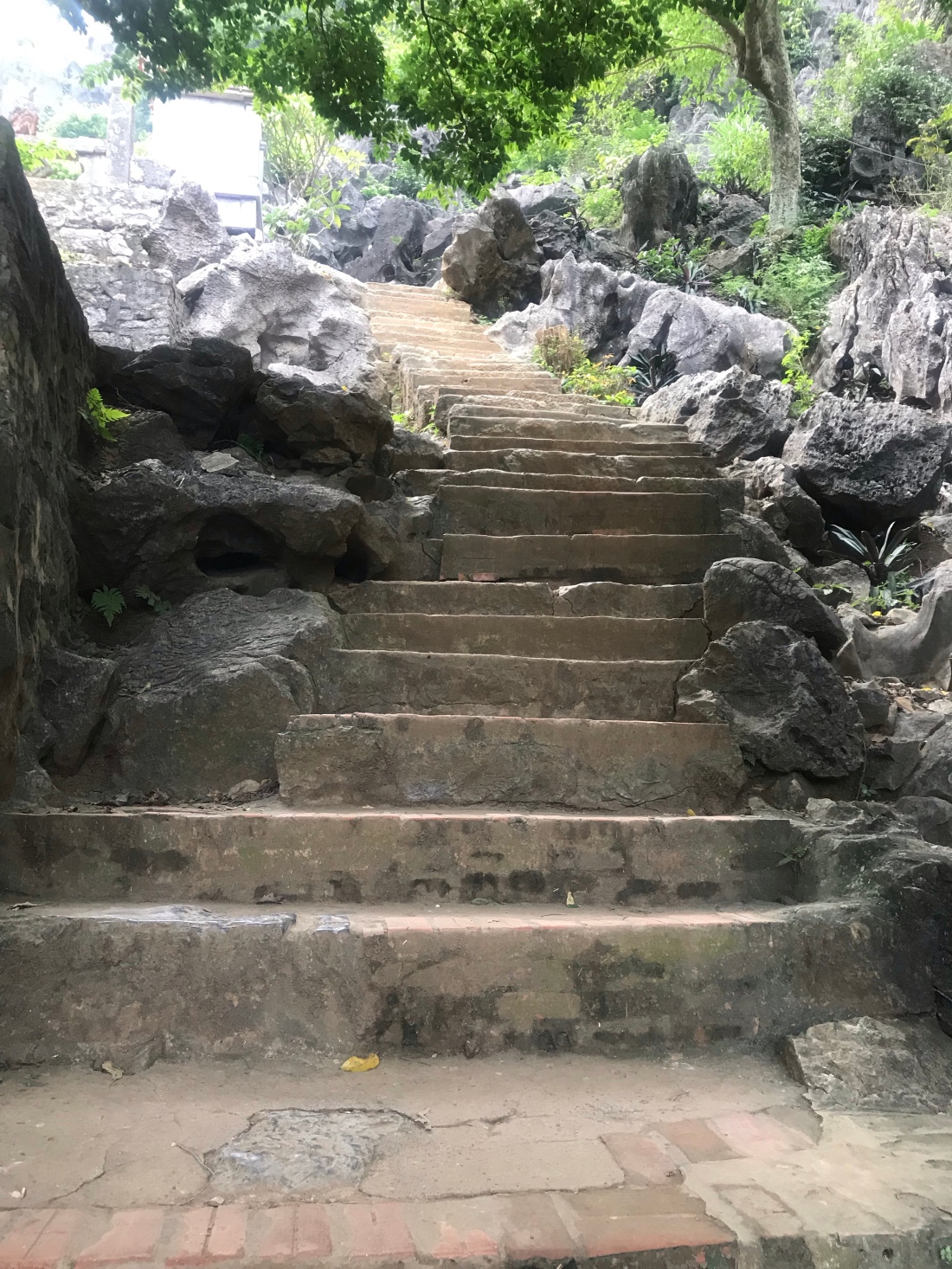 Yep, more steps. Some nearly as deep as my knee! 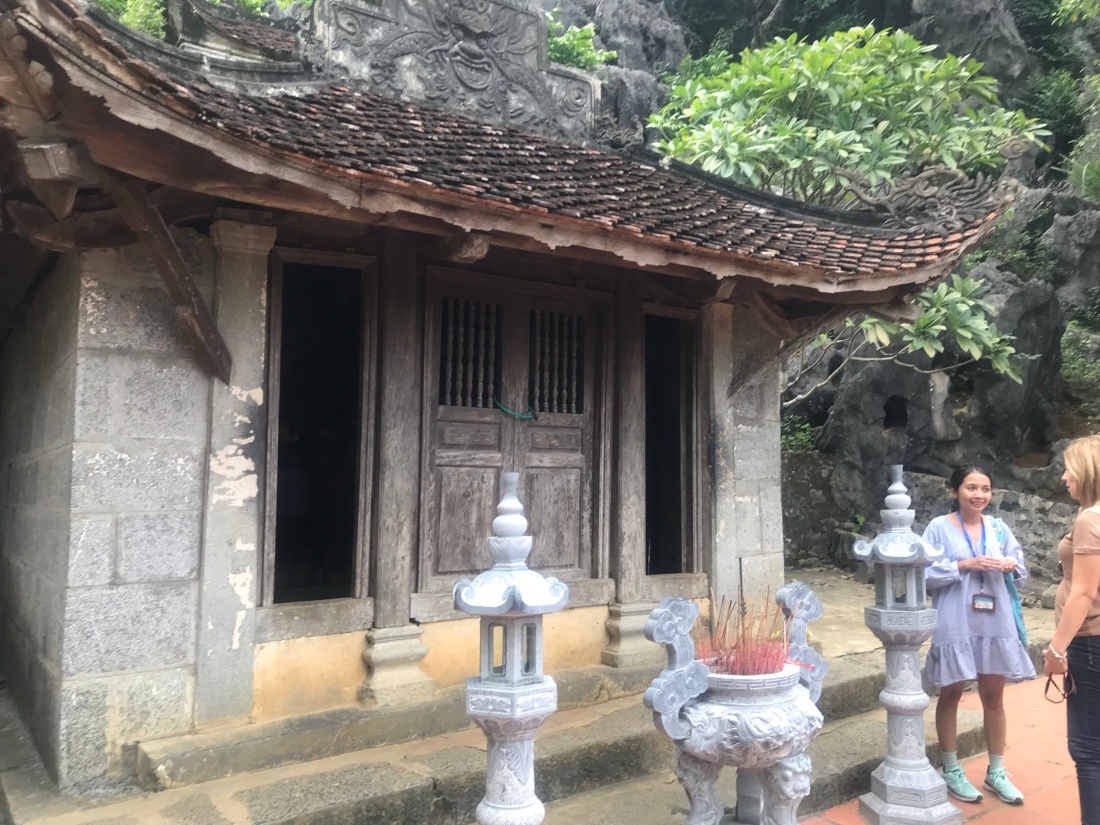 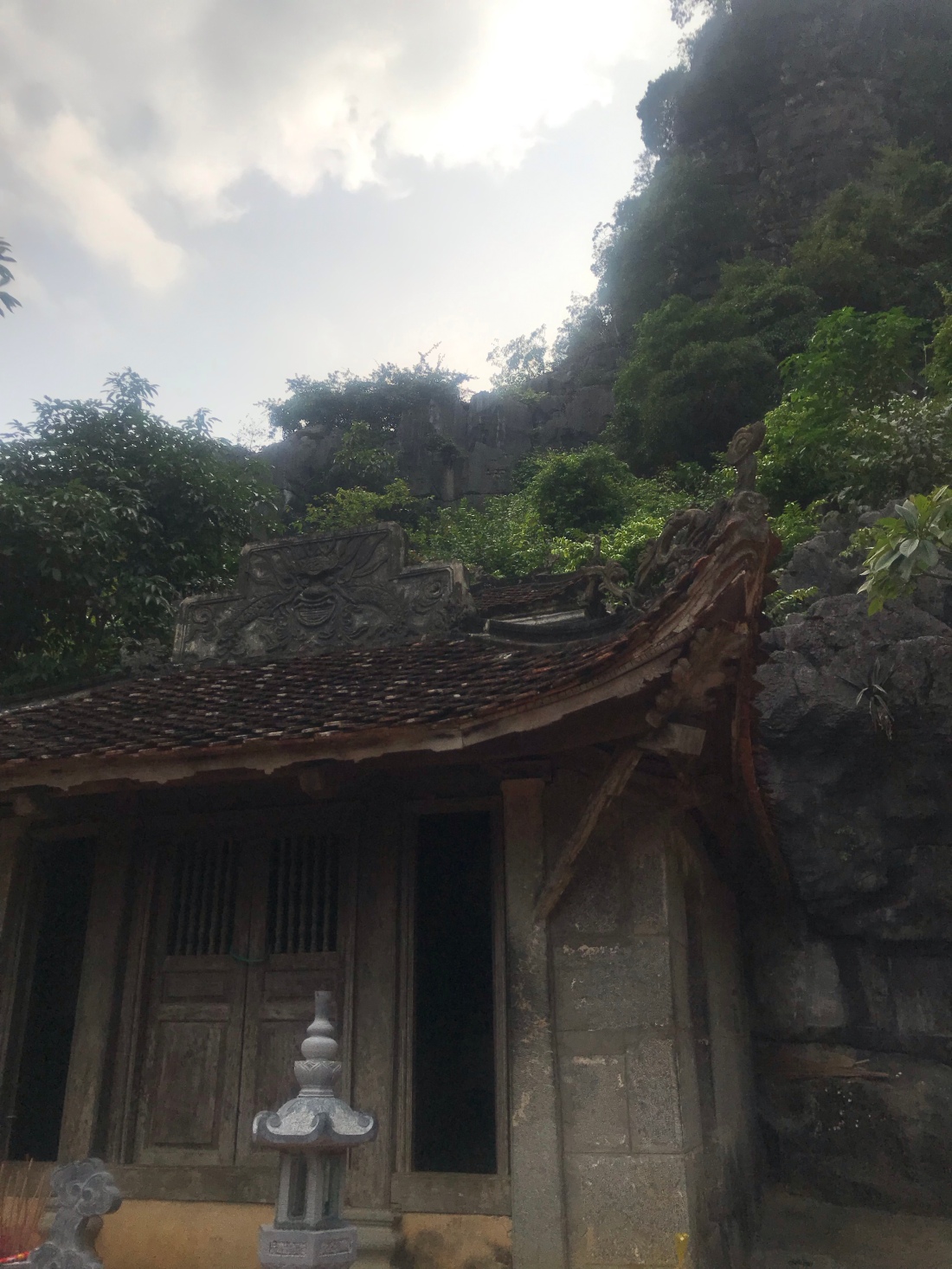 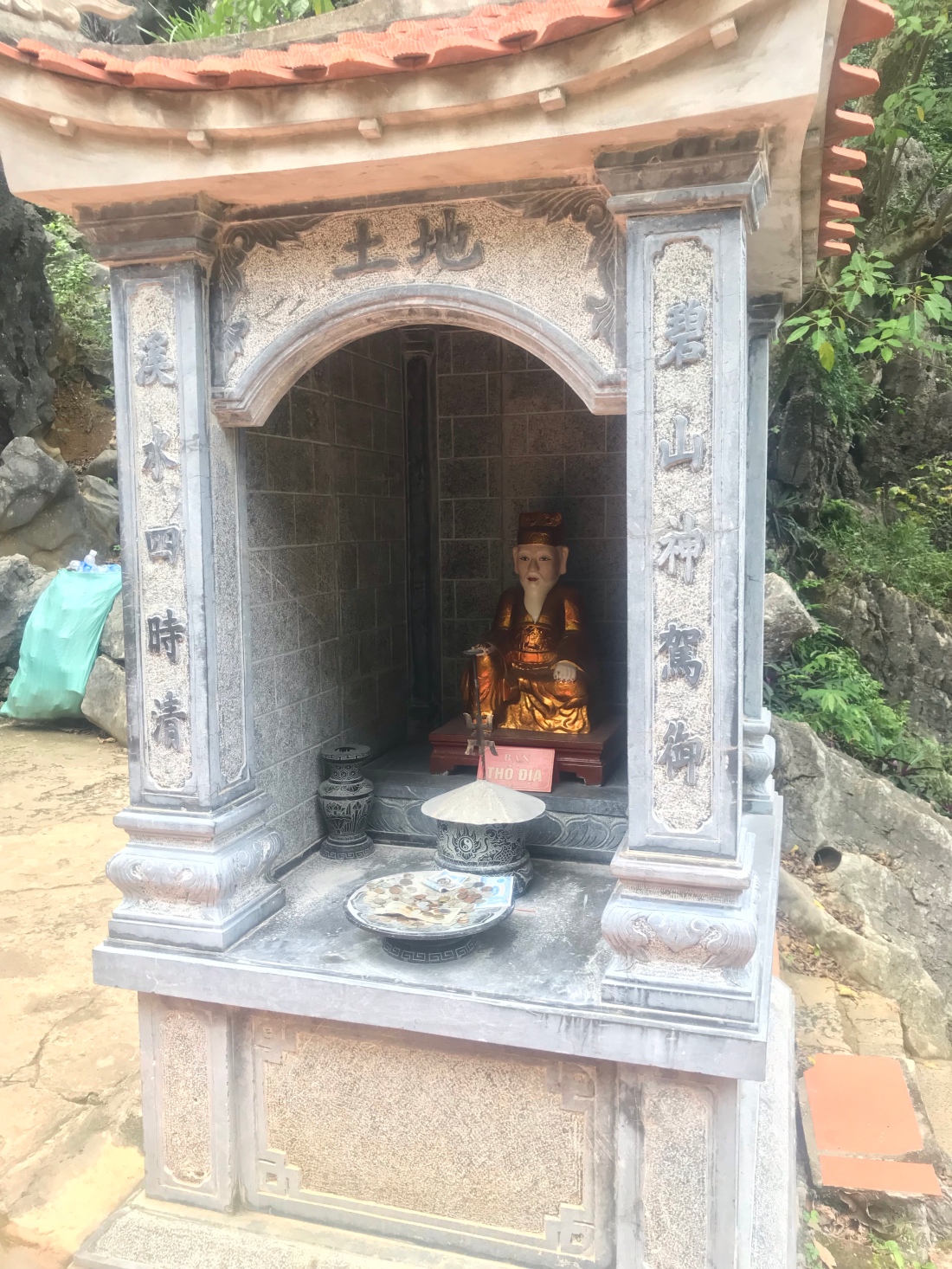 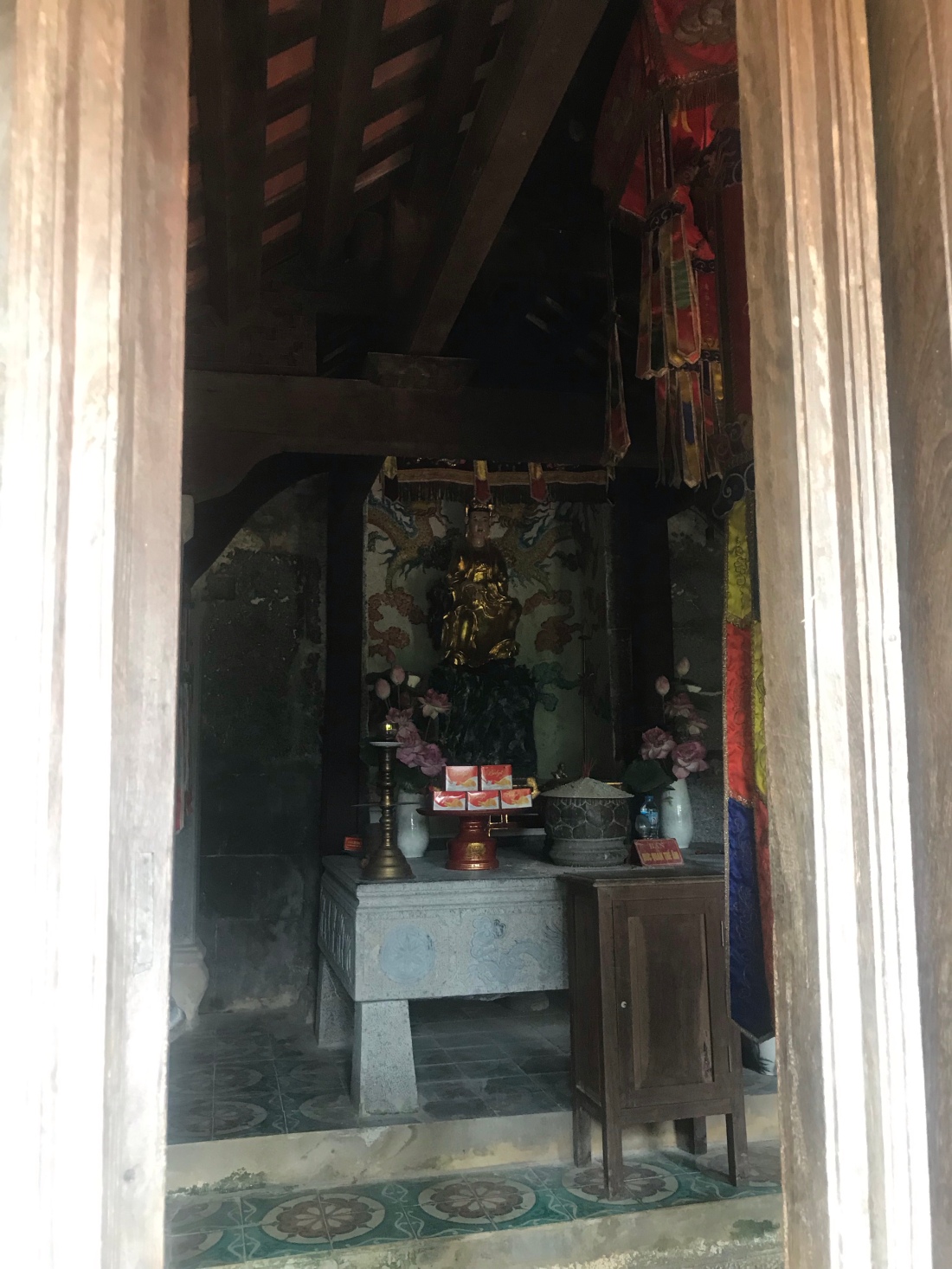 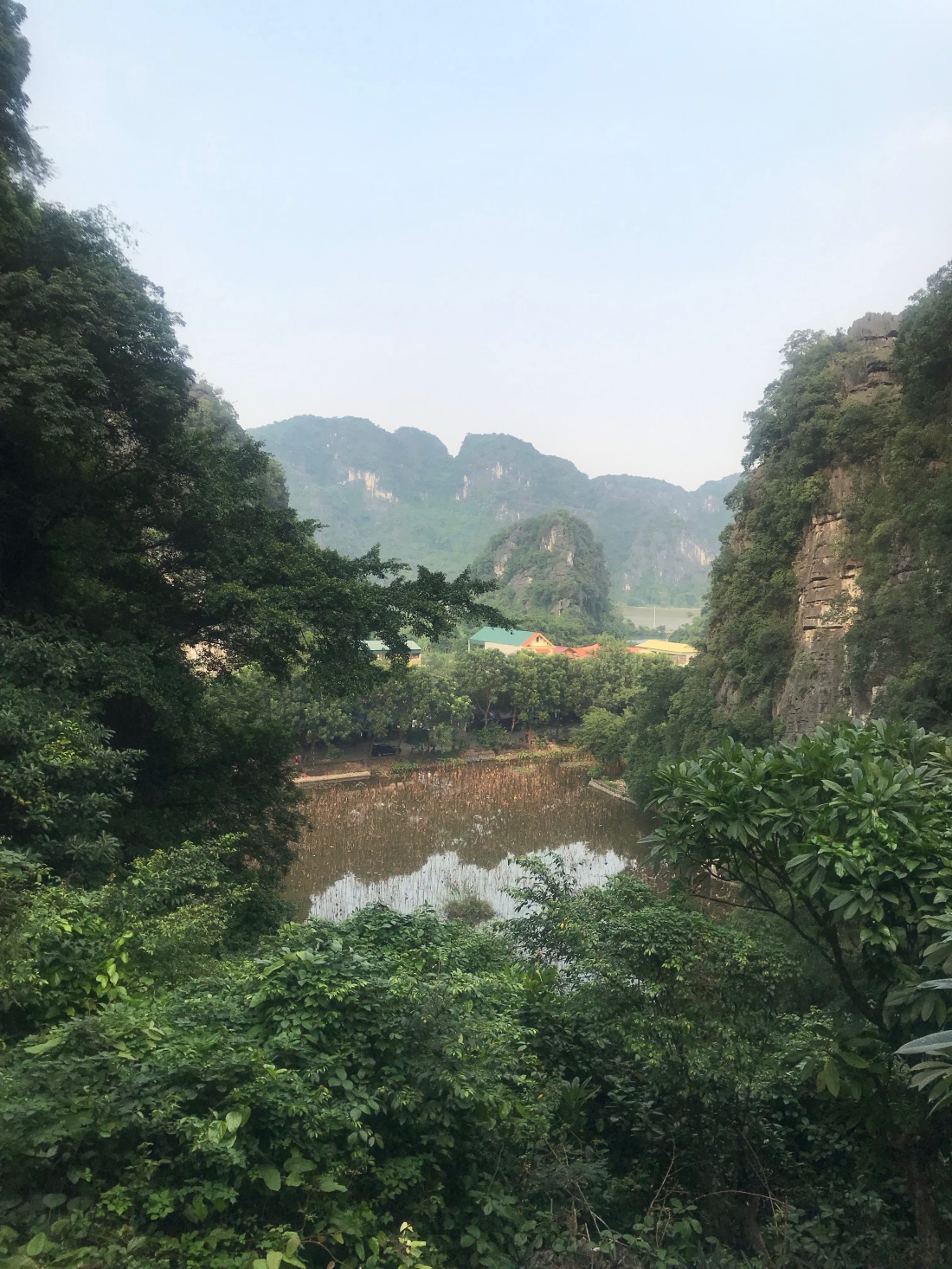 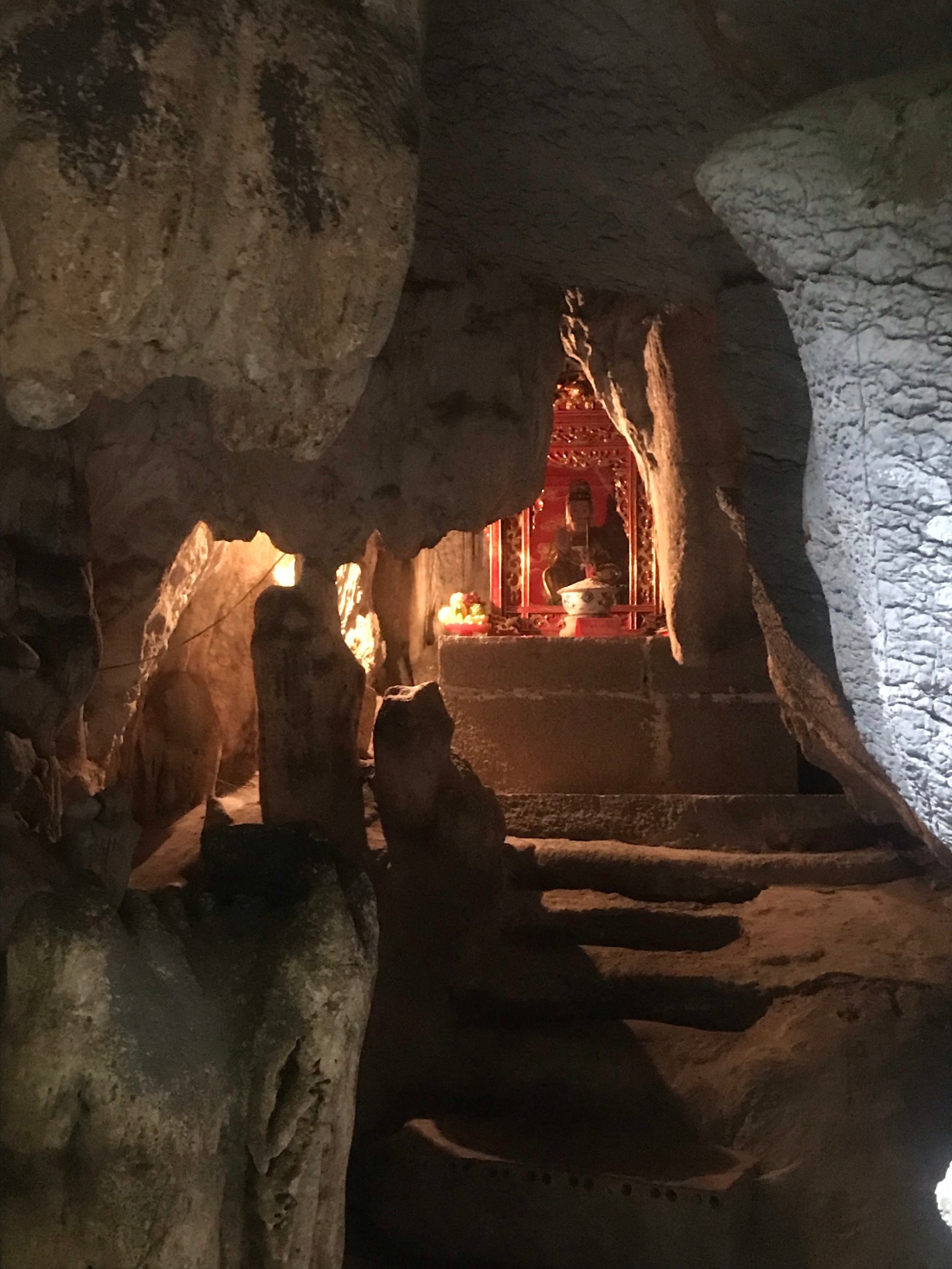 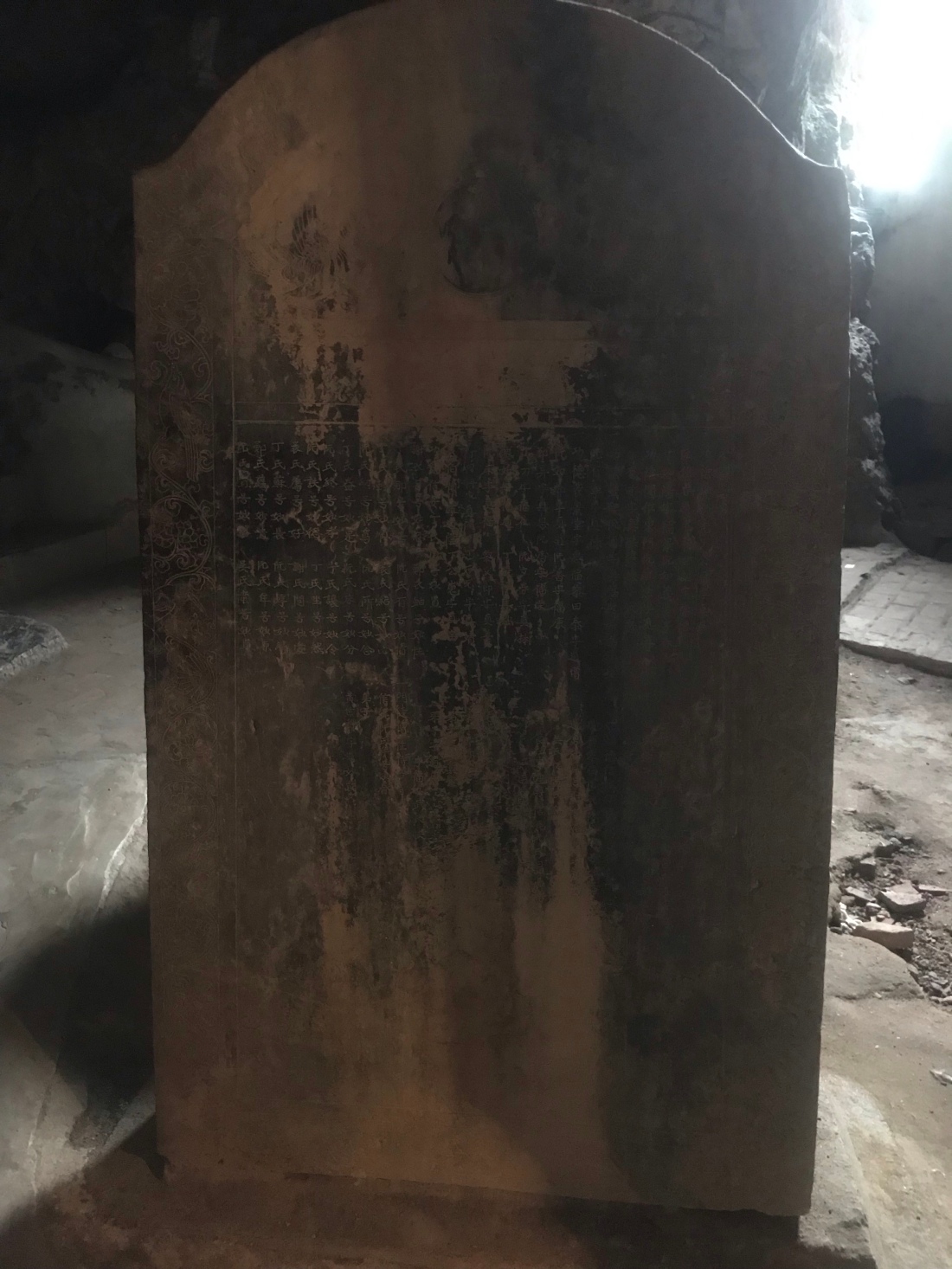 I’ve no idea what this big stone is. It looked like a gravestone, but was inside the second level part of the temple. On closer inspection it looks a bit like someone was practising writing characters over and again on it maybe? 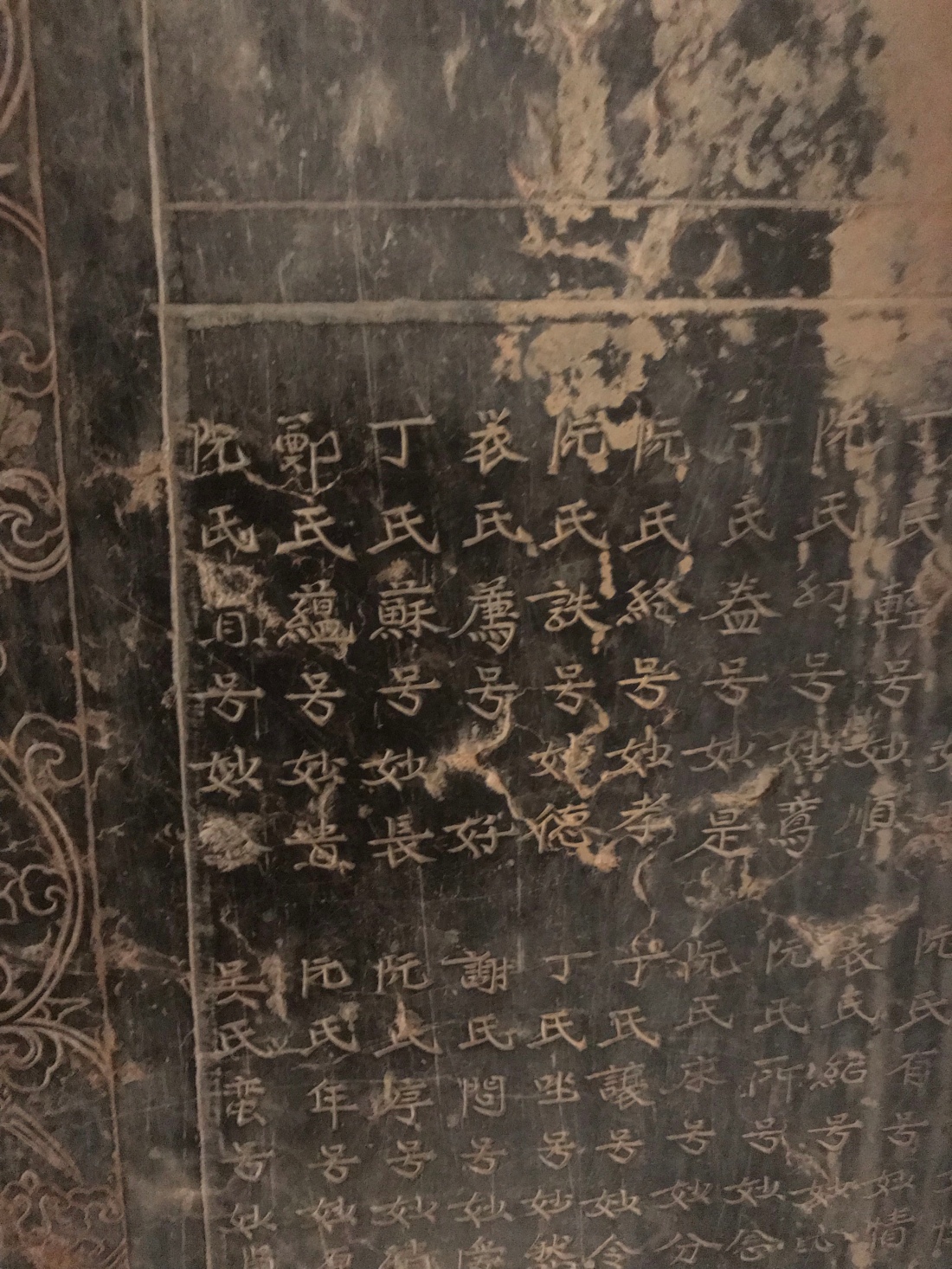 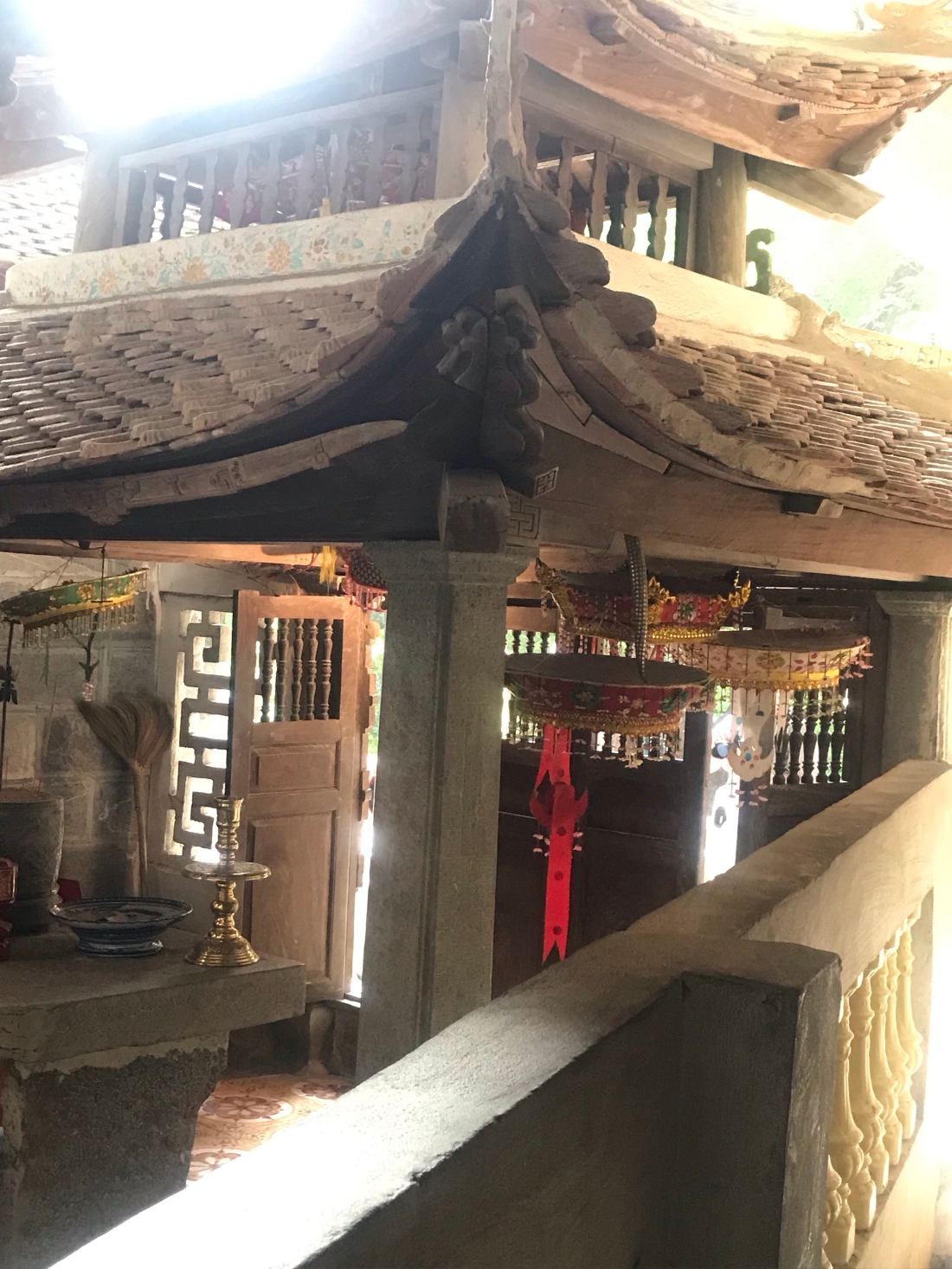 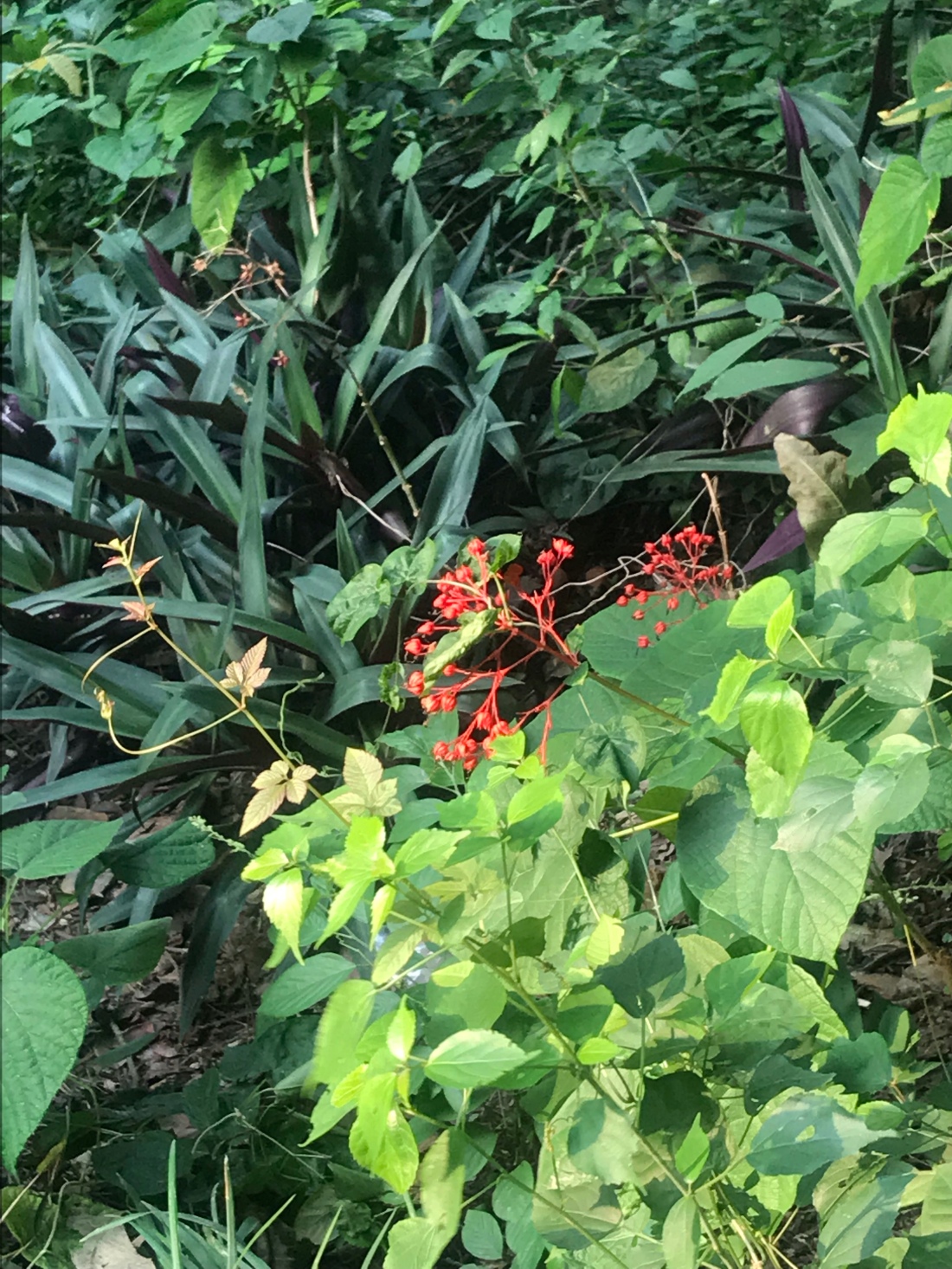 I stopped and had an ice cream when I reached the exit, and the lady who sold me it pulled up a chair for me to enjoy contemplating the view while eating it. I asked her how to say “thank you” – shame on me it took me this long. It’s “cam on”, apparently. 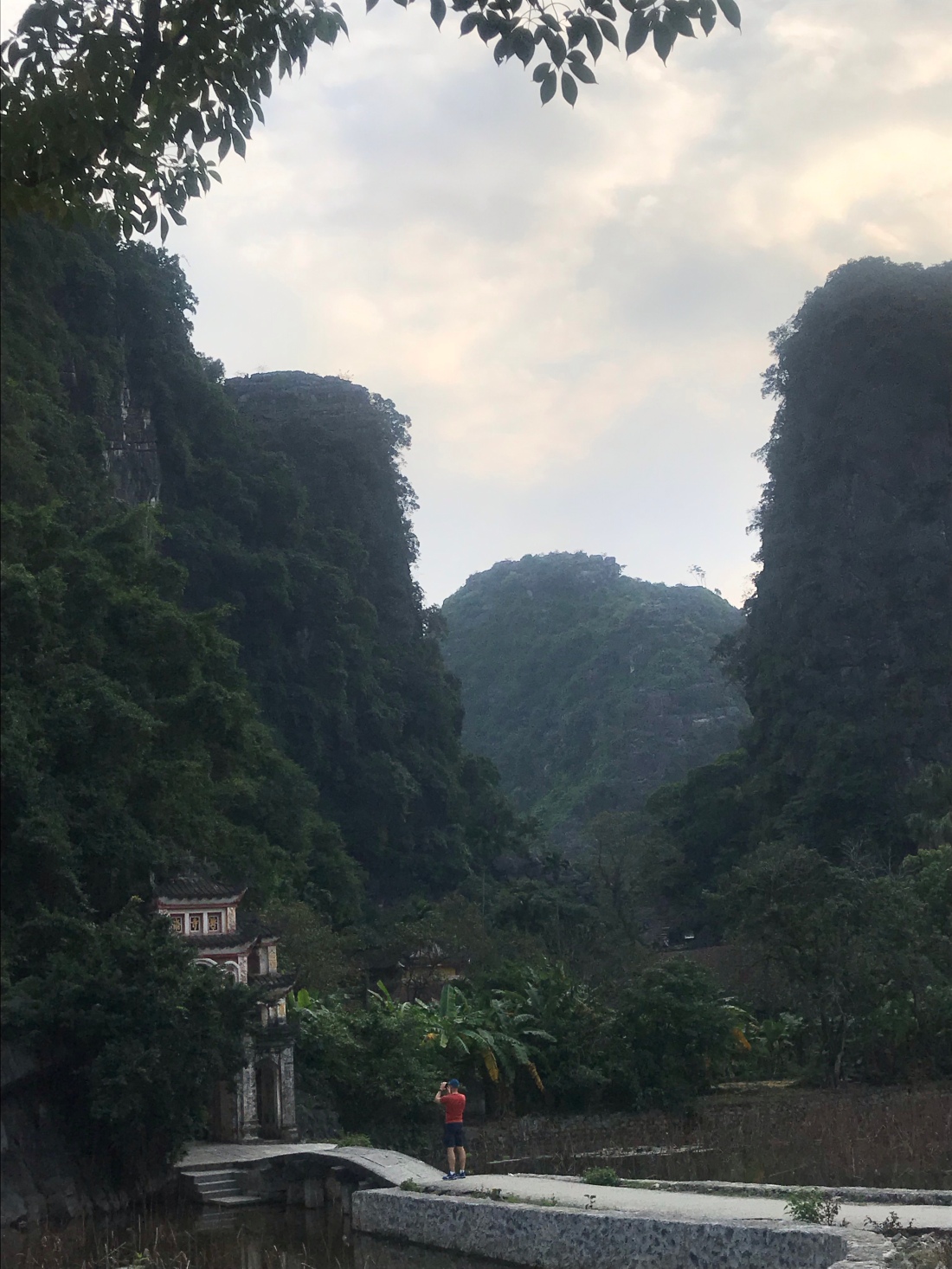 Then it was back on the faithful steed all the way home in time to have a shower and cook dinner. I passed some beautiful beginnings of the sunset type views on the way, looking over rice paddies to the distinctively shaped limestone mountains that are so prevalent here. 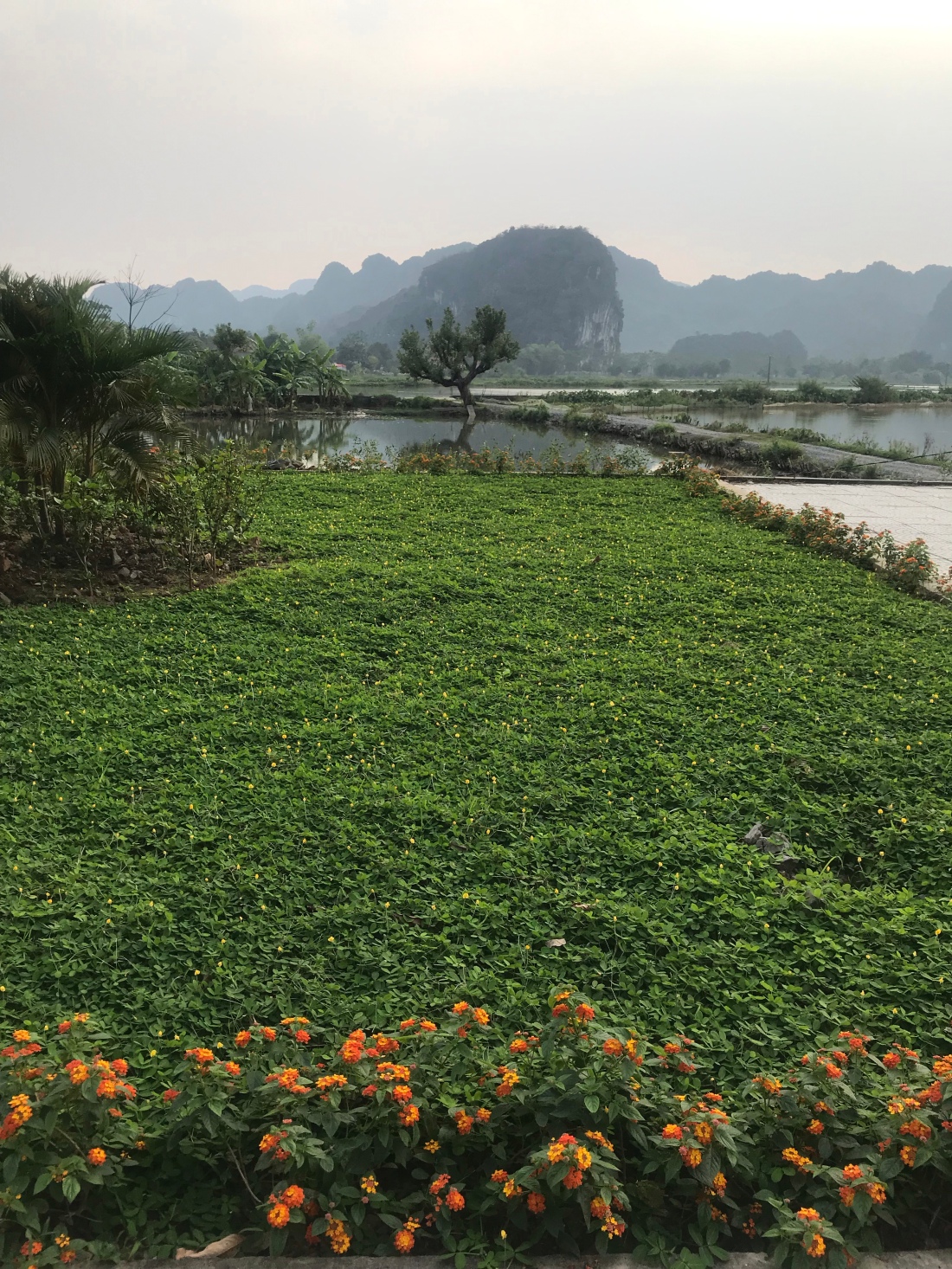 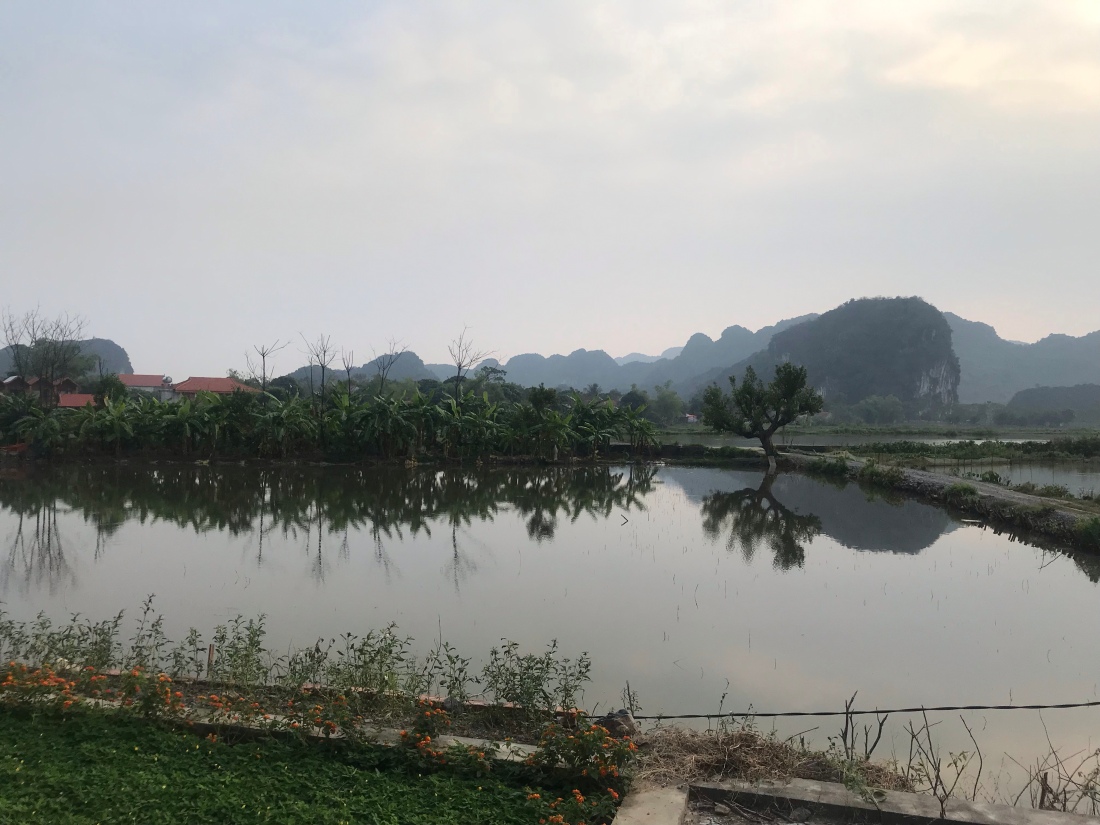 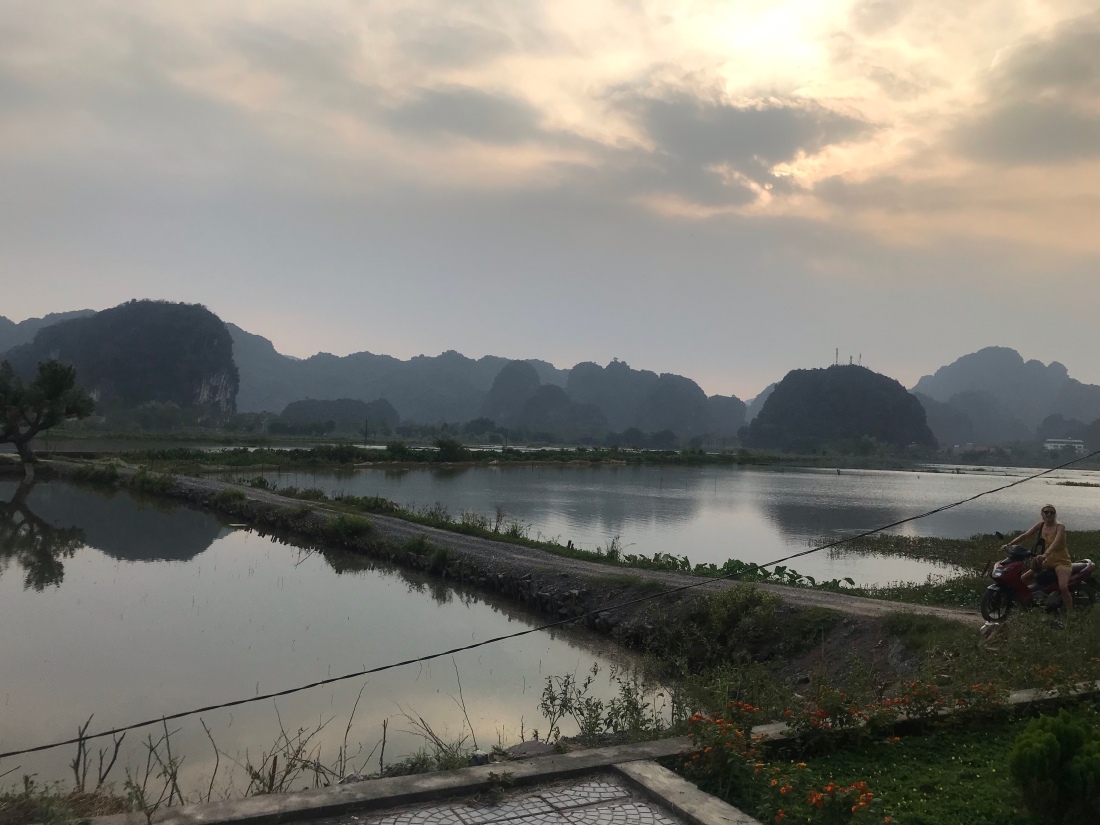 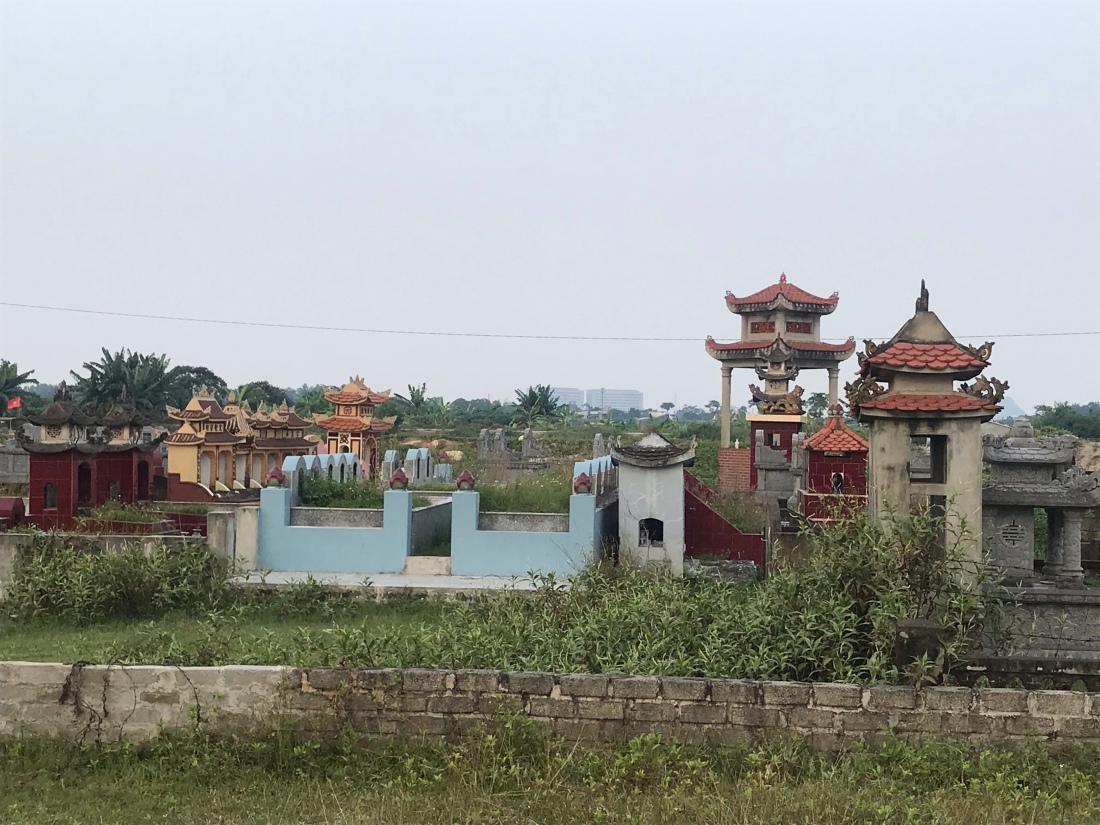 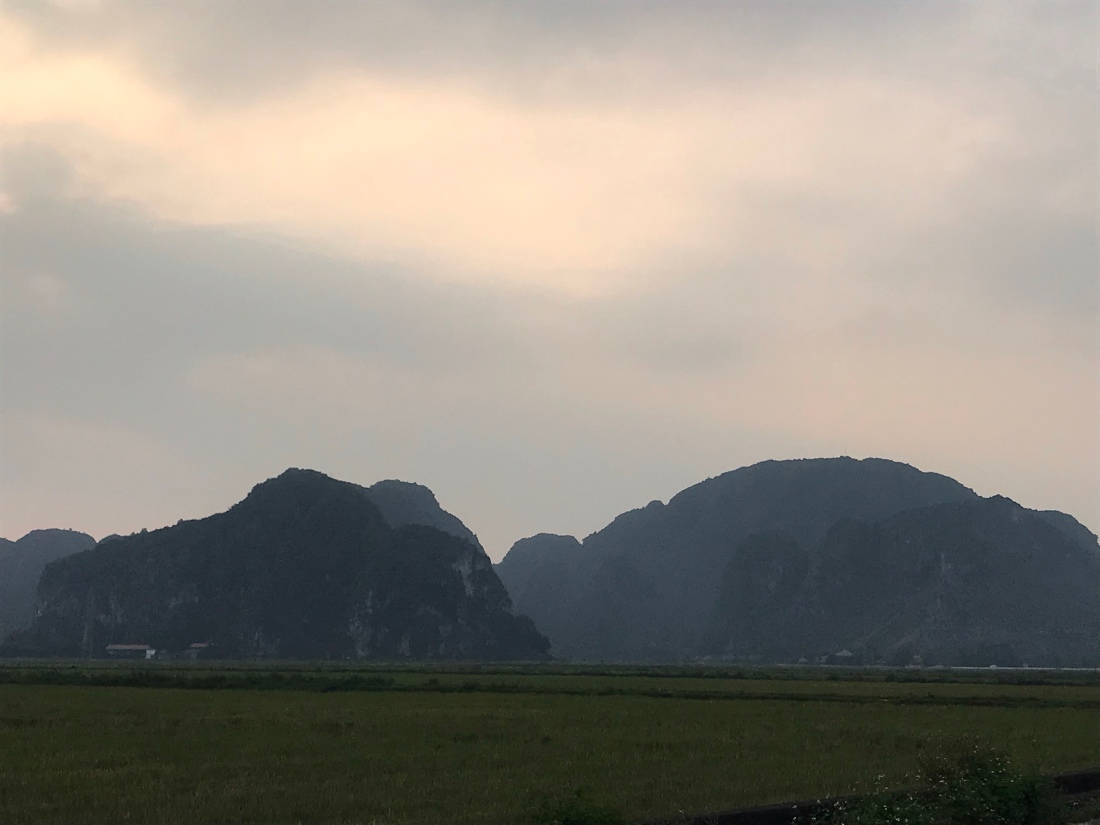 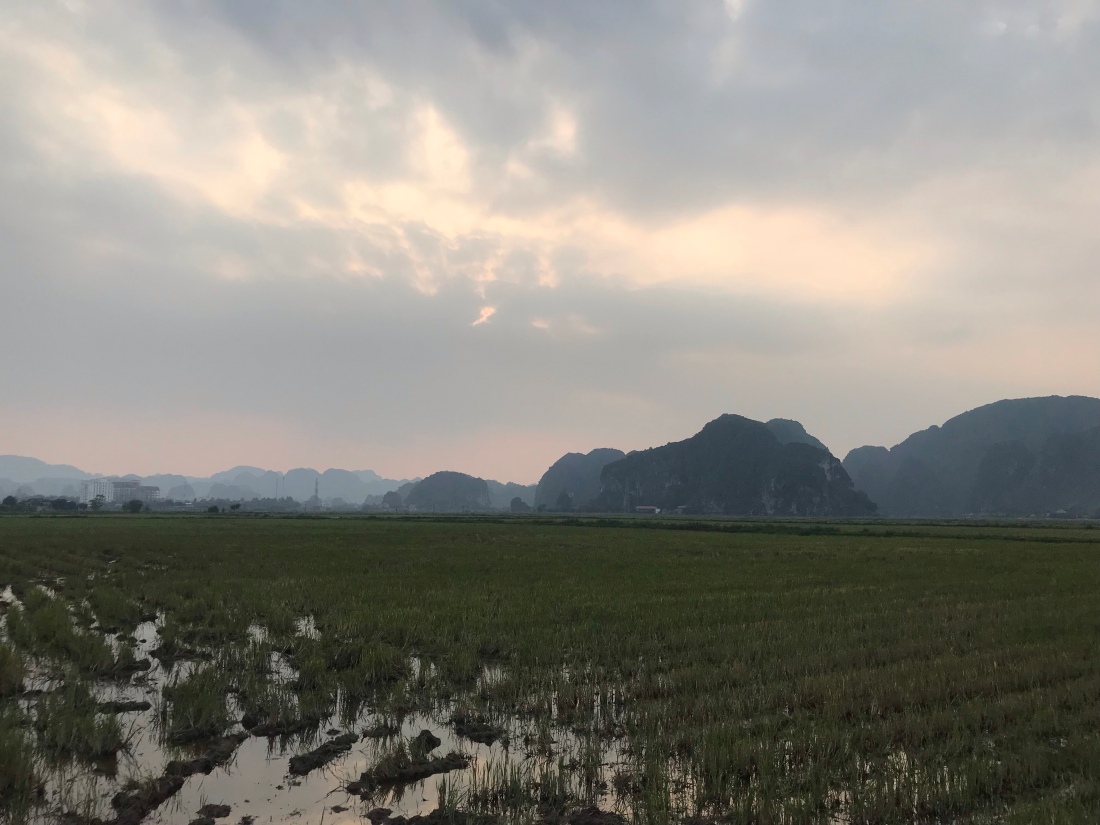 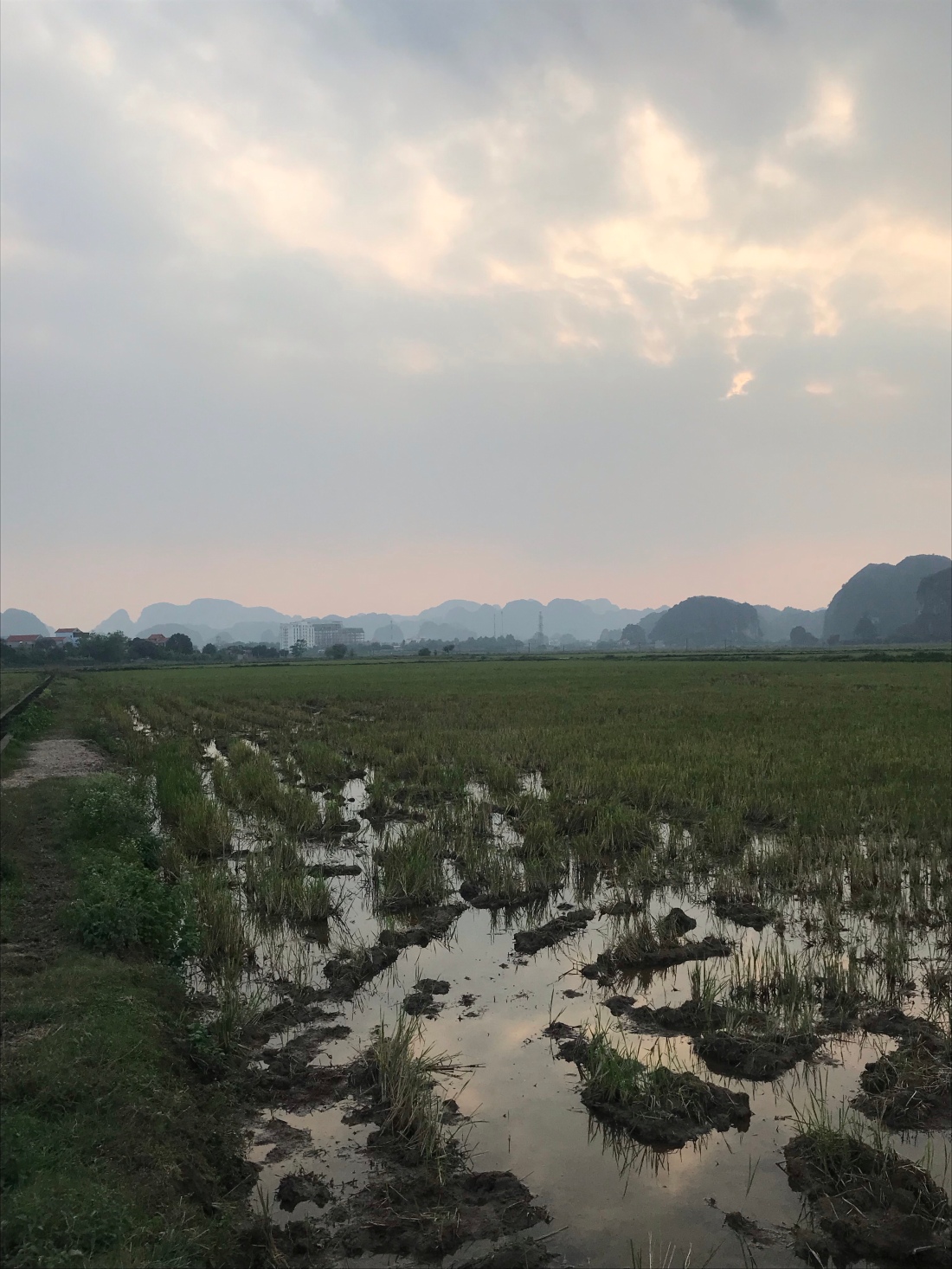 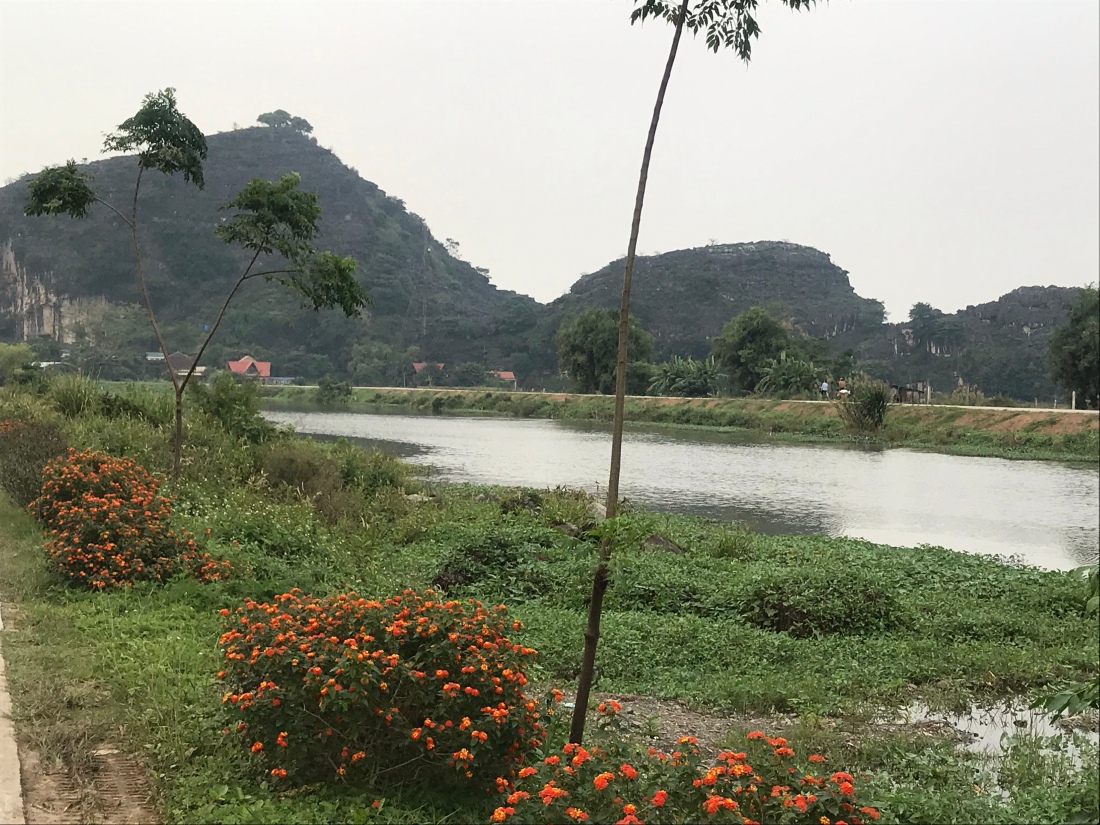 Another great day in wonderland!