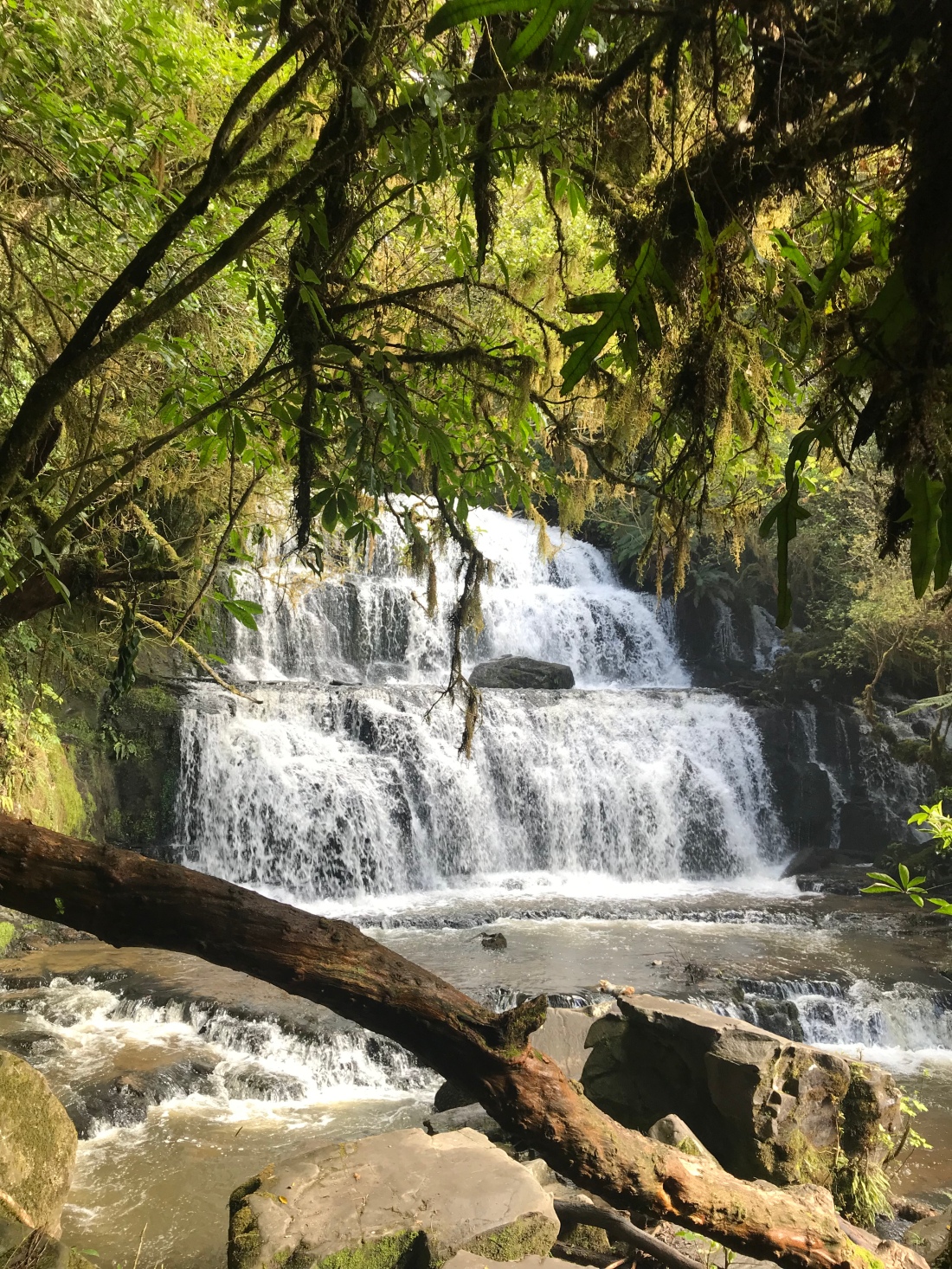 This waterfall, just a short walk from the road, was different from any of the others we’d seen. We wondered exactly how that huge bolder ended up sitting in the middle of one of the shelves.

We met an older couple travelling around the area in the opposite direction and swapped their tips about Dunedin for our tips about places we’d been to. We were often bumping into kind people here, all too ready to share tips of good sights to see or things to avoid, or just to pass the time of day.

We’d decided to brave the long, unsealed road to Cannibal Bay in the hope of seeing seals. The guy in the chic café in Owaka gave us his top tip, which was to walk from Cannibal Bay across the dunes to Surat Bay, where he said we were pretty much guaranteed to see seals or even sea lions, even if we didn’t see them at Cannibal Bay.

I paddled in the Tasman Sea at Cannibal Bay. It felt like it was probably the coldest place we’d been to yet because of the wind chill factor, but the smooth sand was just so unspoilt and inviting. As with pretty much all the beaches I saw in New Zealand, there was not a scrap of rubbish anywhere.

We enjoyed our walk along Cannibal Bay and just as we reached the dunes where we would cross to the other bay, we saw a seal sun bathing. And some extremely big kelp, too (trainers for scale). 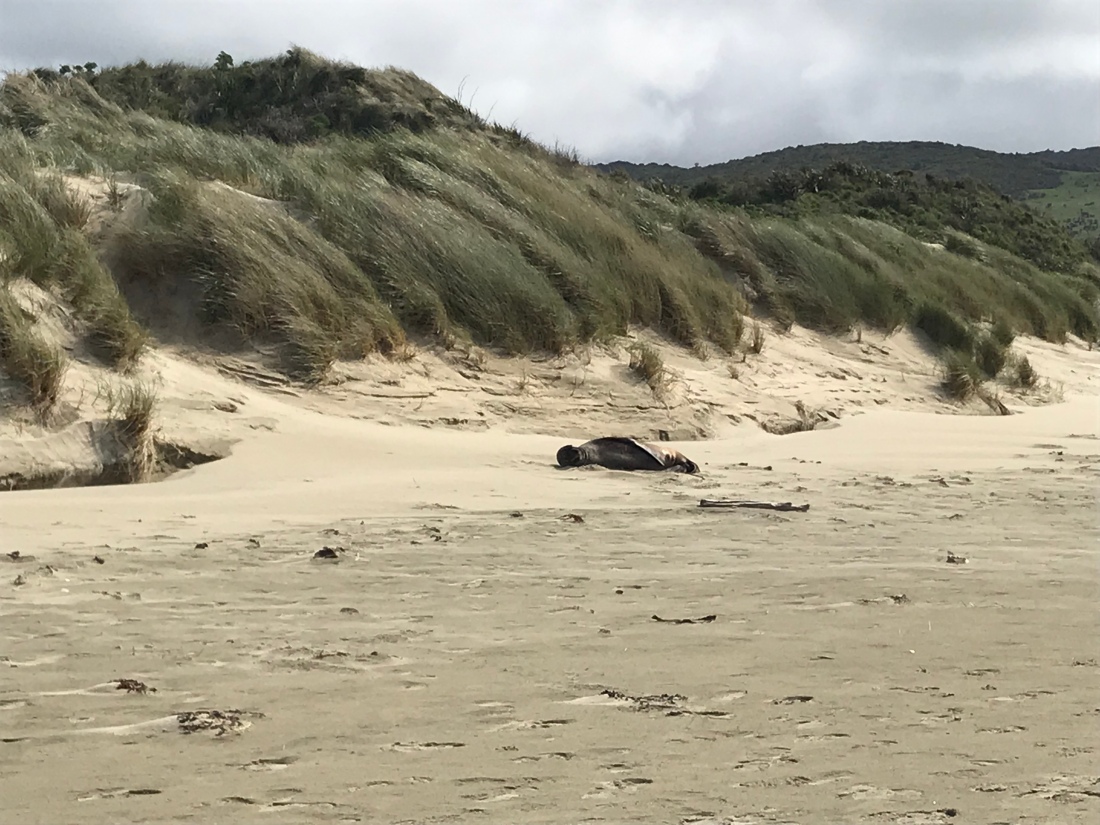 Then we continued to Surat Bay, and were rewarded by the sight of (we think?) a sea lion, who seemed very pleased with himself, basking in the sunlight:

After a short while, the sky became overcast and we had to hot foot it back to the car before the rain.