We waved goodbye to Ken and Les at Te Anau, and then made our way southward.

I had a quick dip in Lake Manapouri at Fraser’s Beach, not far from Te Anau. Although the surface area of Manapouri is much smaller than Te Anau, it is slightly deeper at its deepest point. No one else was around and the water was so clear and refreshing, as it seems to be everywhere here. Hmmm lovely!

The countryside we’re driving through now is much less mountainous. Think rolling bright green hills full of soft grass for the many sheep to enjoy, interspersed with hillsides covered in plantations of pine trees and big patches of yellow gorse (a pest in New Zealand, as it’s non native and spreads out of control). Every now and again, there’s a big section of pine forest that has been felled by loggers, green trees replaced with lengths of log ready for transit.

The Foveaux Strait (pronounced Foh voh) is the name for the body of sea between the South Island and Stewart Island, just off the South coast. At McCracken’s Rest, we stopped at a lookout over the sea. As we watched, suddenly Tash spotted a little group of 4 Hector’s dolphins swimming and diving along. This is the smallest known breed of dolphin. Hector’s dolphins are also very rare and I think have only been seen in New Zealand. This area is home to one of the largest populations of them.

We stopped off at Orepuki (following another of George’s great recommendations) for lunch, where Stu found the perfectly sized bowl for his mocha, and I was mightily comforted by the warming carrot and coriander soup, which reminded me strongly of home.

Then we took a couple of short detours along the beautiful coastline; the first to Cosy Nook Bay, where the trees were blown virtually horizontal by the prevailing wind coming off the sea. 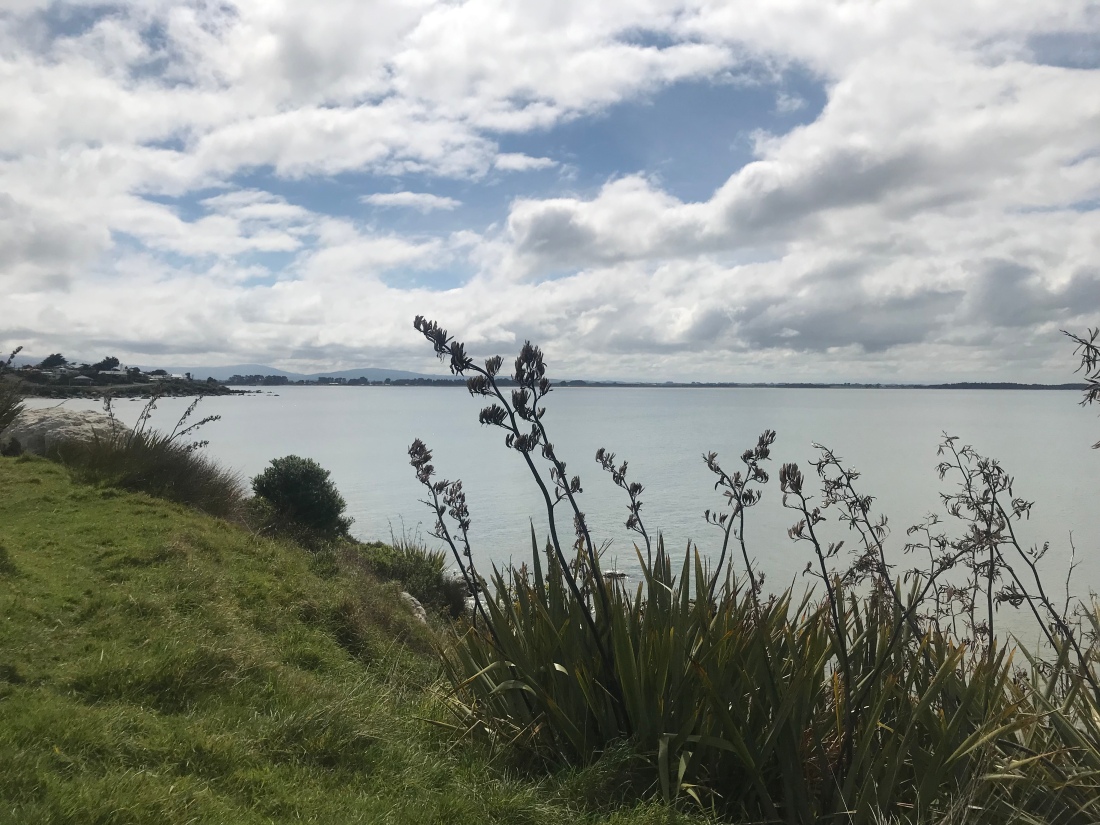 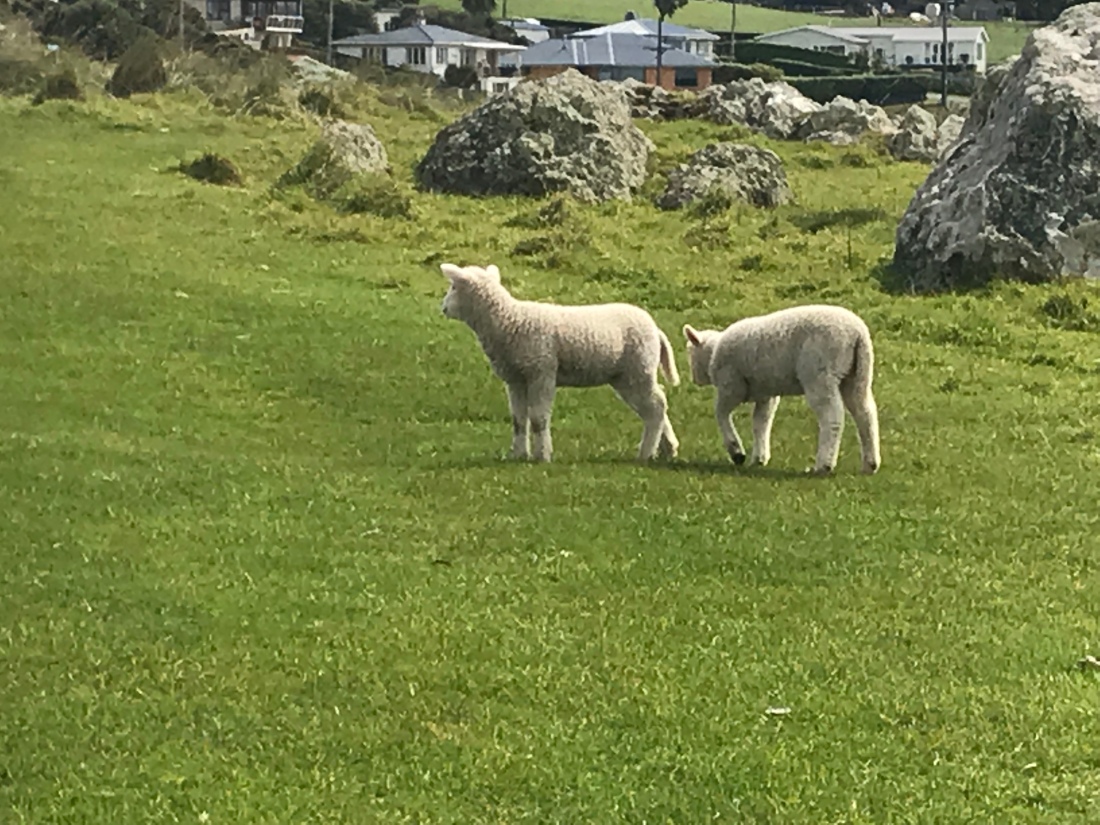 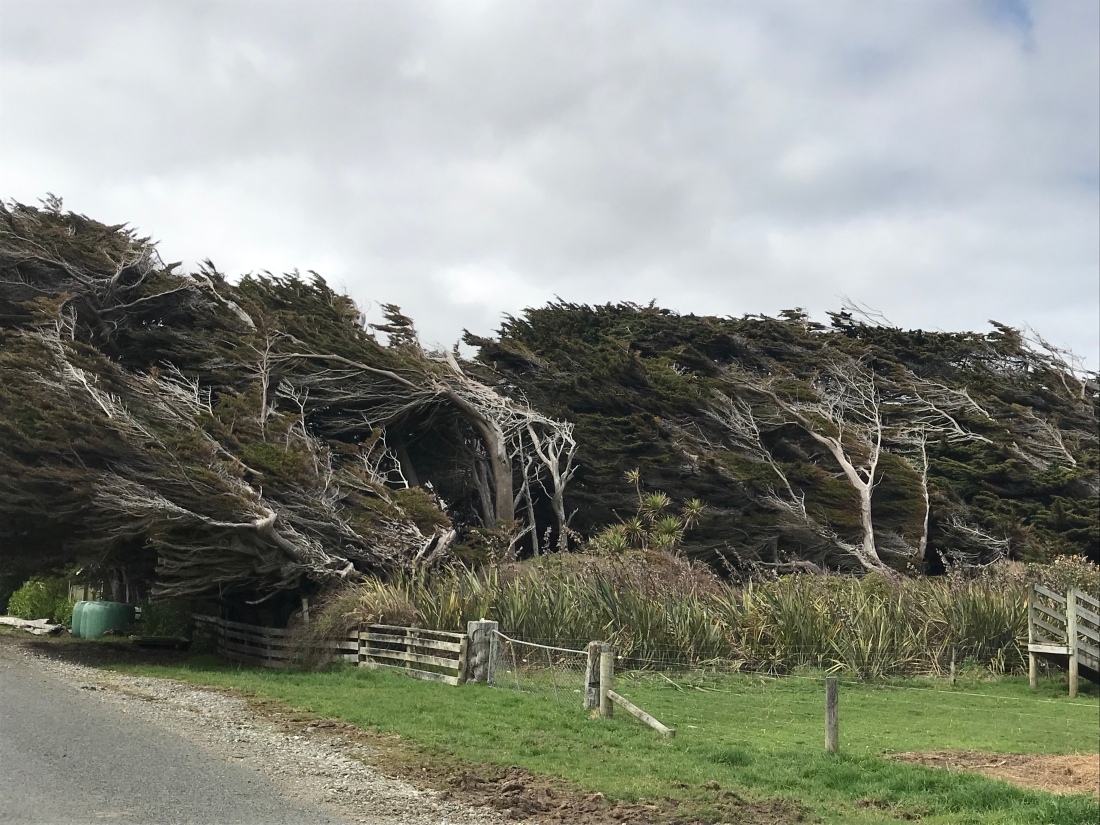 Then we detoured to Howells Point at Riverton, overlooking Stewart Island (another recommendation from skipper George). We were surprised how warm we were as the sun broke through the clouds. Stuart and Tash in front of the island named after him (though spelt differently!) 👇🏼 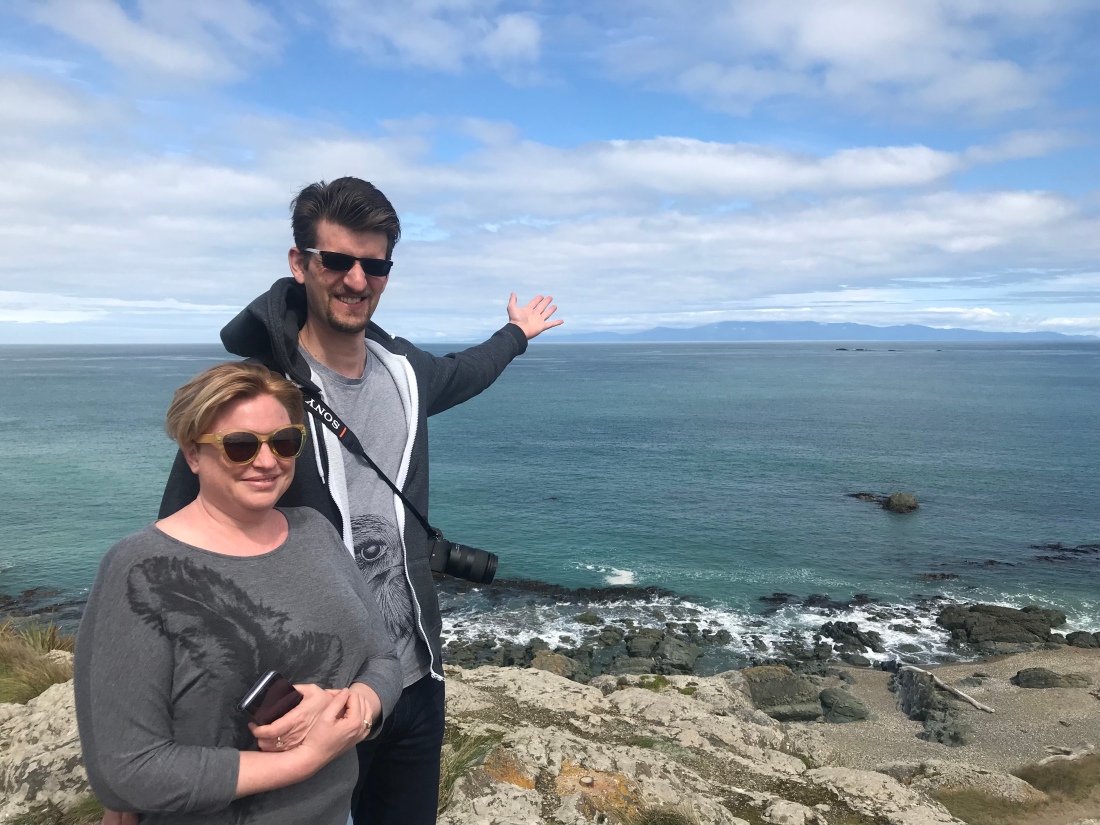 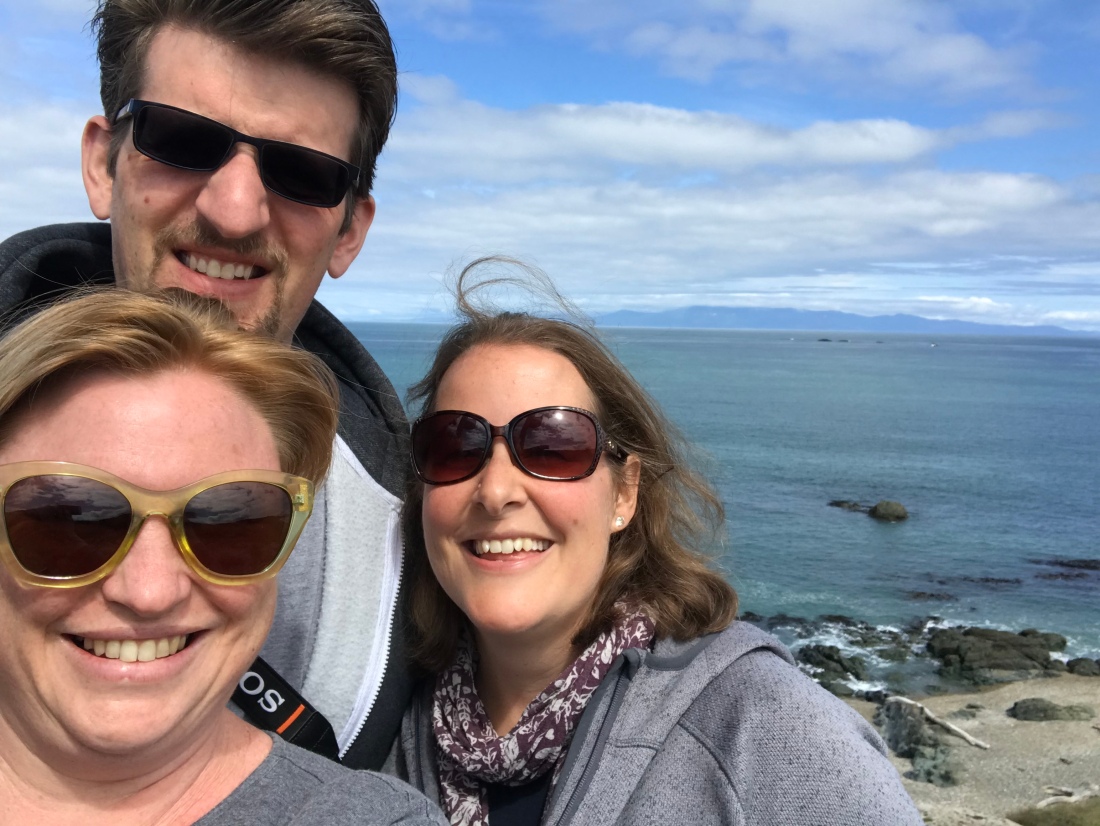 One thought on “Going South with Stu & Tash”