We went on this boat trip on Lake Te Anau, which was stunningly beautiful. The lake is enormous. In NZ it’s second only to Lake Taupo in terms of its surface area. But volume wise it is the largest fresh water lake in Australasia. To give you an idea, the main body of the lake is 65km long and up to 417m deep. The Olympic swimming pool I swim in at home is 2m deep, to give some comparison! Te Anau is unique in NZ for having three inland fjords. I’m still quite confused about what makes a fjord a fjord, but they are just beautiful, anyway. 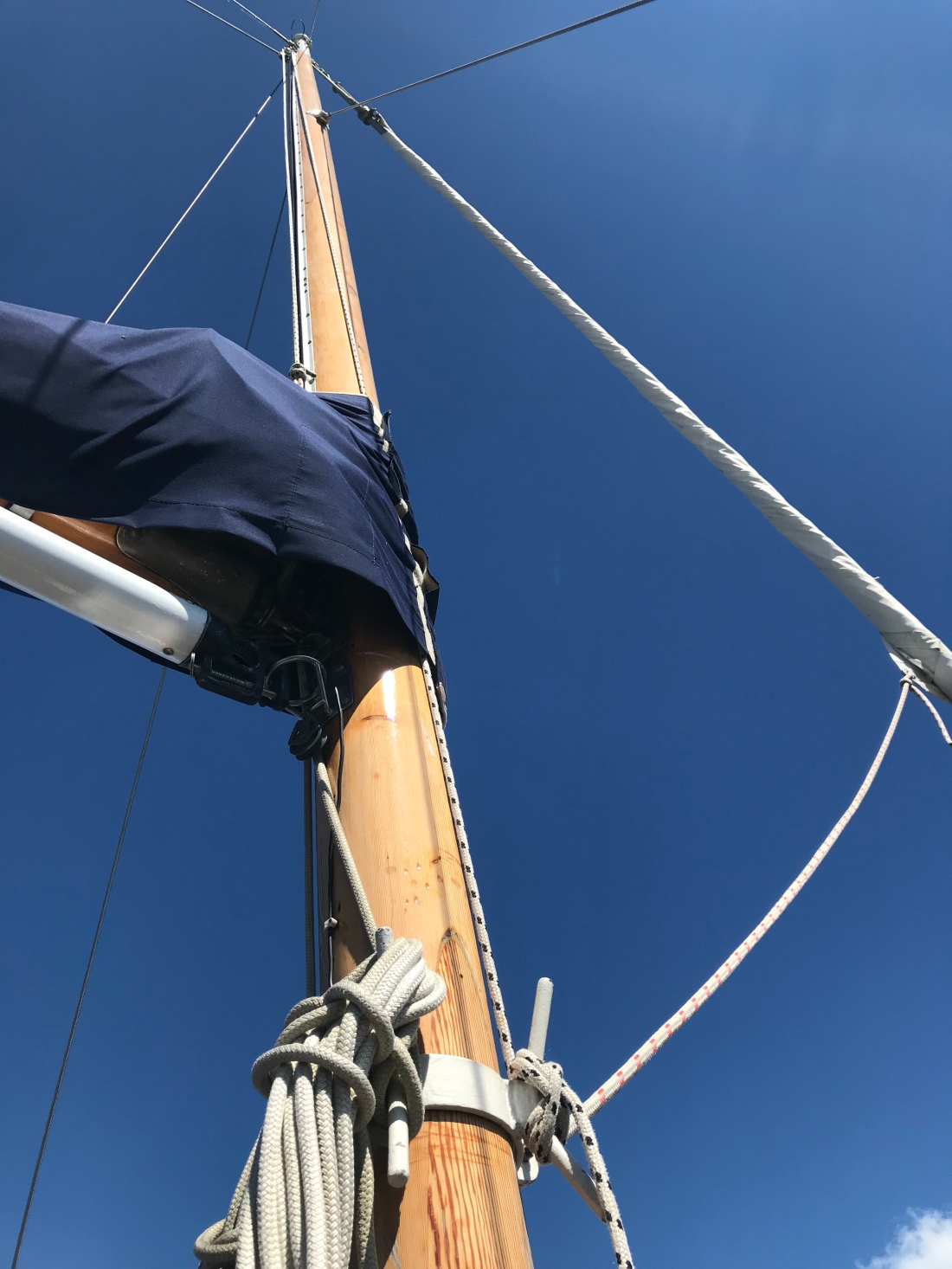 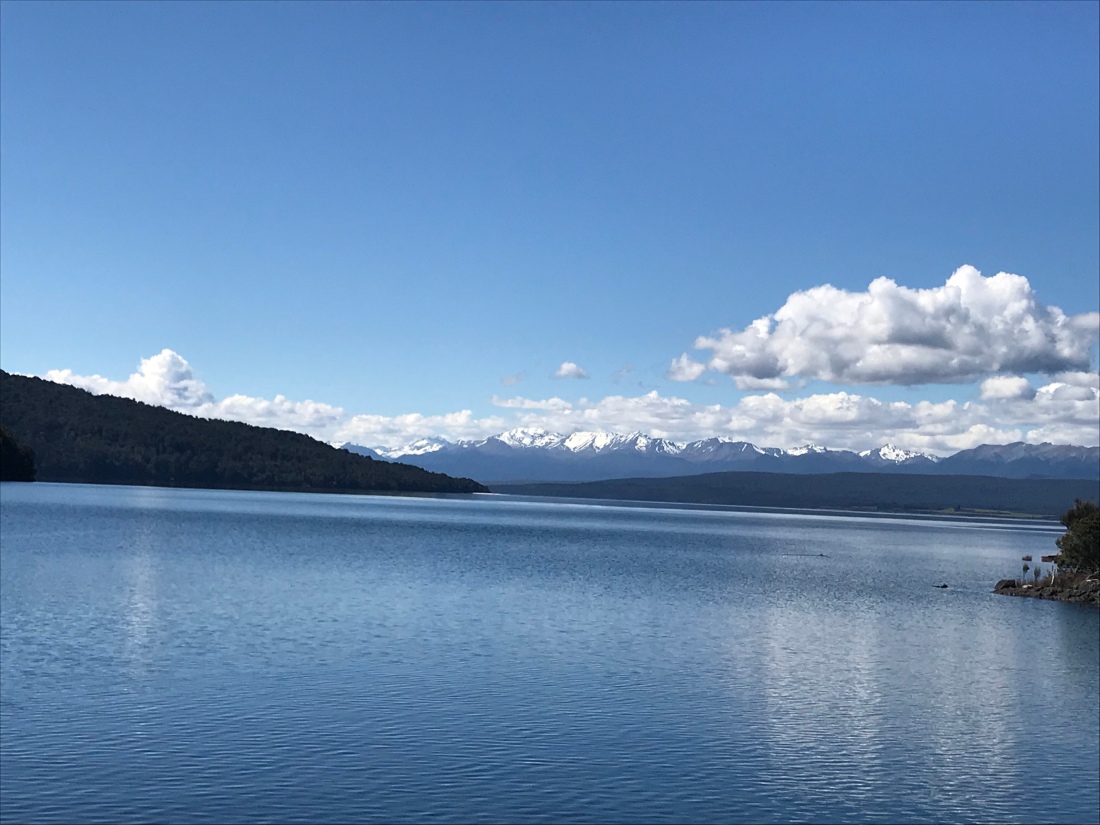 George and Adam were our faithful skippers for the afternoon. 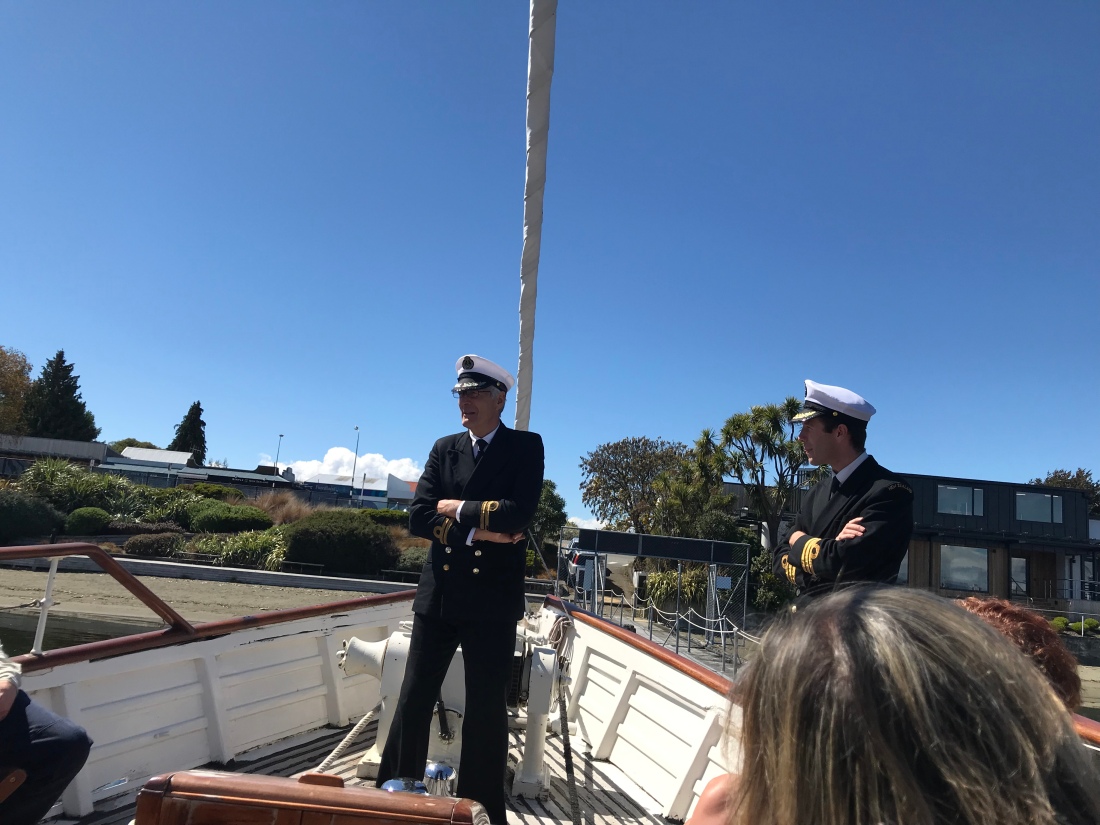 As we set sail, George told us about the history of the boat, which was fascinating.

It was built in Scotland and was requisitioned during the war to be used as a cargo ship in Scotland. Winston Churchill knew the owner and sailed in it quite a bit. In fact, he had another boat made that was similar, he liked it so much. Faith was bought by a new family at some point after the war and they sailed it round the world to New Zealand. Curiously, the twin boat Churchill had made now resides just a few hours away in Queenstown.

Anyone who knows my cancer story, will probably guess that sailing on a boat called Faith was a deeply symbolic thing for me. In the midst of chemo a few years ago, one of my wonderful friends brought me a word about the story of the calming of the storm. In this gospel story, Jesus is asleep in the bottom of the boat, while his followers are fearing for their lives because of the storm that’s blown up all around them. When they woke him, Jesus commanded the wind and the waves to be still, and they were instantly stilled. Then he asked his friends, “Why were you so afraid?” (Hmmm… because, a life threatening storm was there, maybe?!) My friend shared with me the thought that the real miracle is not the calming of the storm. The real miracle will be when we have enough faith to curl up and go to sleep with Jesus in the bottom of the boat in the face of the storm. Jo wondered whether that was what Jesus was inviting me to do, in the face of the “storm” of cancer. I can’t claim any great faith, really. To be honest, through my treatment I was so exhausted it was all I could manage to do to curl up and sleep in the bottom of the boat. But it was a really significant word for me to not worry about the cancer or try to somehow pray against it, but just to go to sleep alongside Jesus. Sometimes it’s good to know that everything doesn’t always have to be down to you. Sometimes, perhaps we are invited to simply let go and to trust. Hurray for boats called Faith, eh?

Anyway, this boat was called Faith after its owner’s wife, rather than for any religious reason. And I’m very glad to report that the lake was as flat as a millpond as we sailed across it, and the panorama was beautiful. Half way round, we stepped off onto a little island jetty to go for a bushwalk with George, who turned out to also be very knowledgable about the flora and fauna we saw en route. 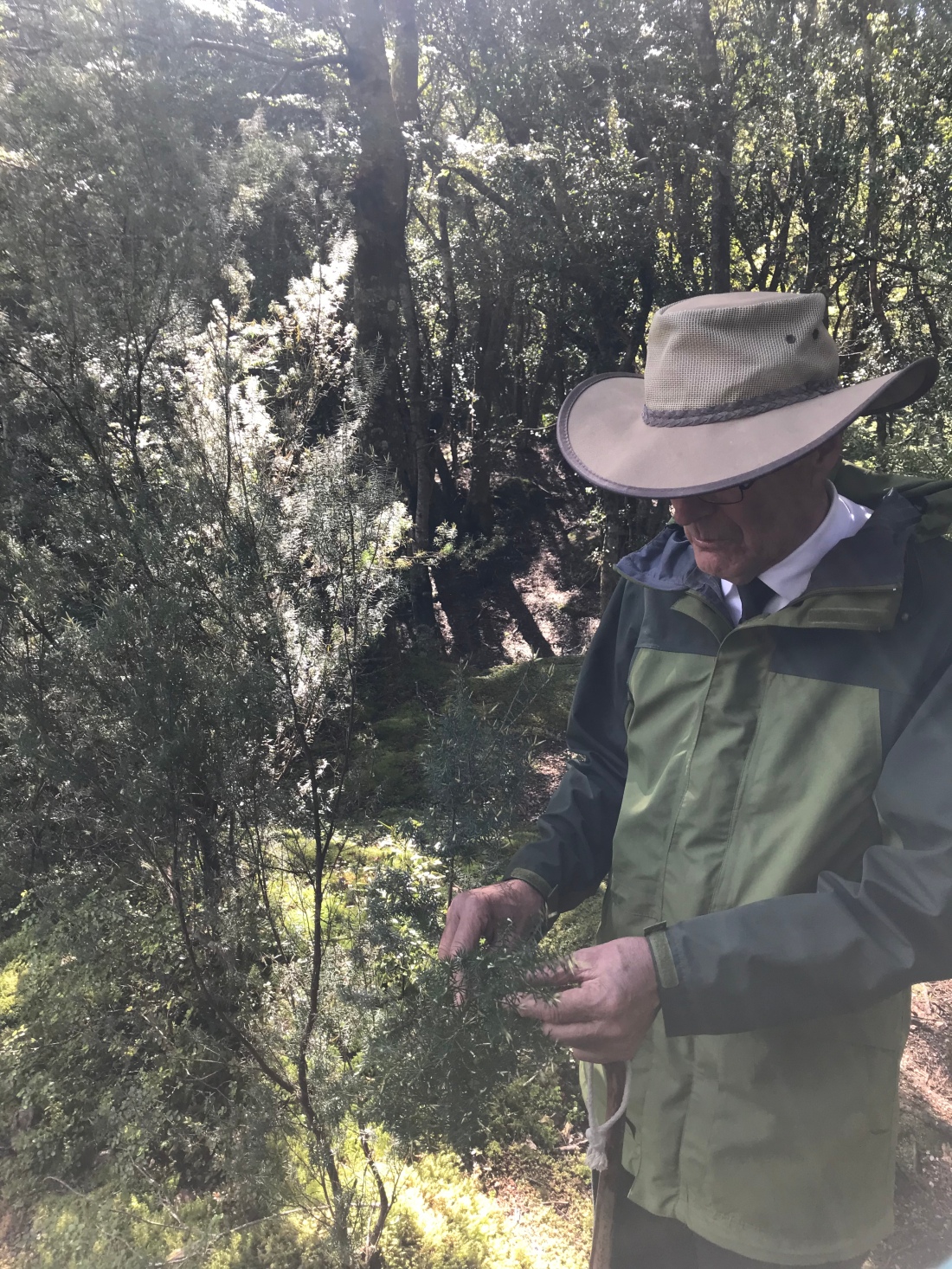 Then it was back on the boat for afternoon tea including drinks of our choice before we set sail back to Te Anau. 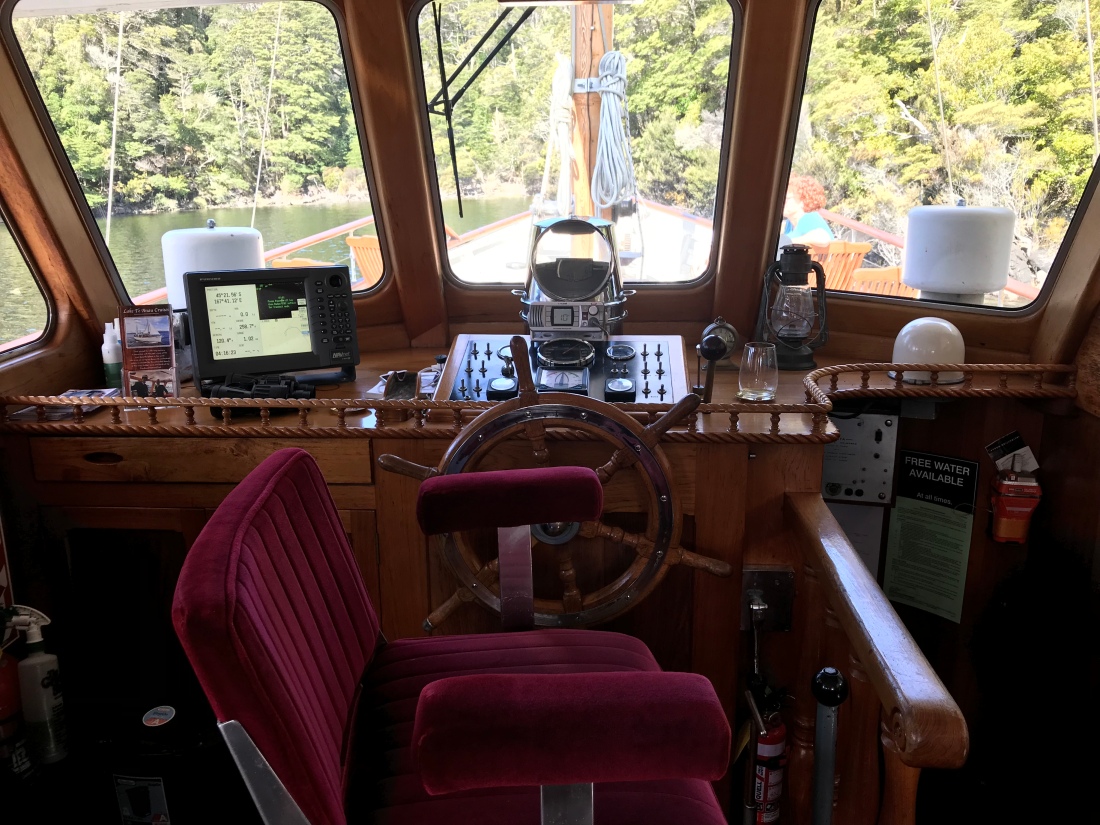 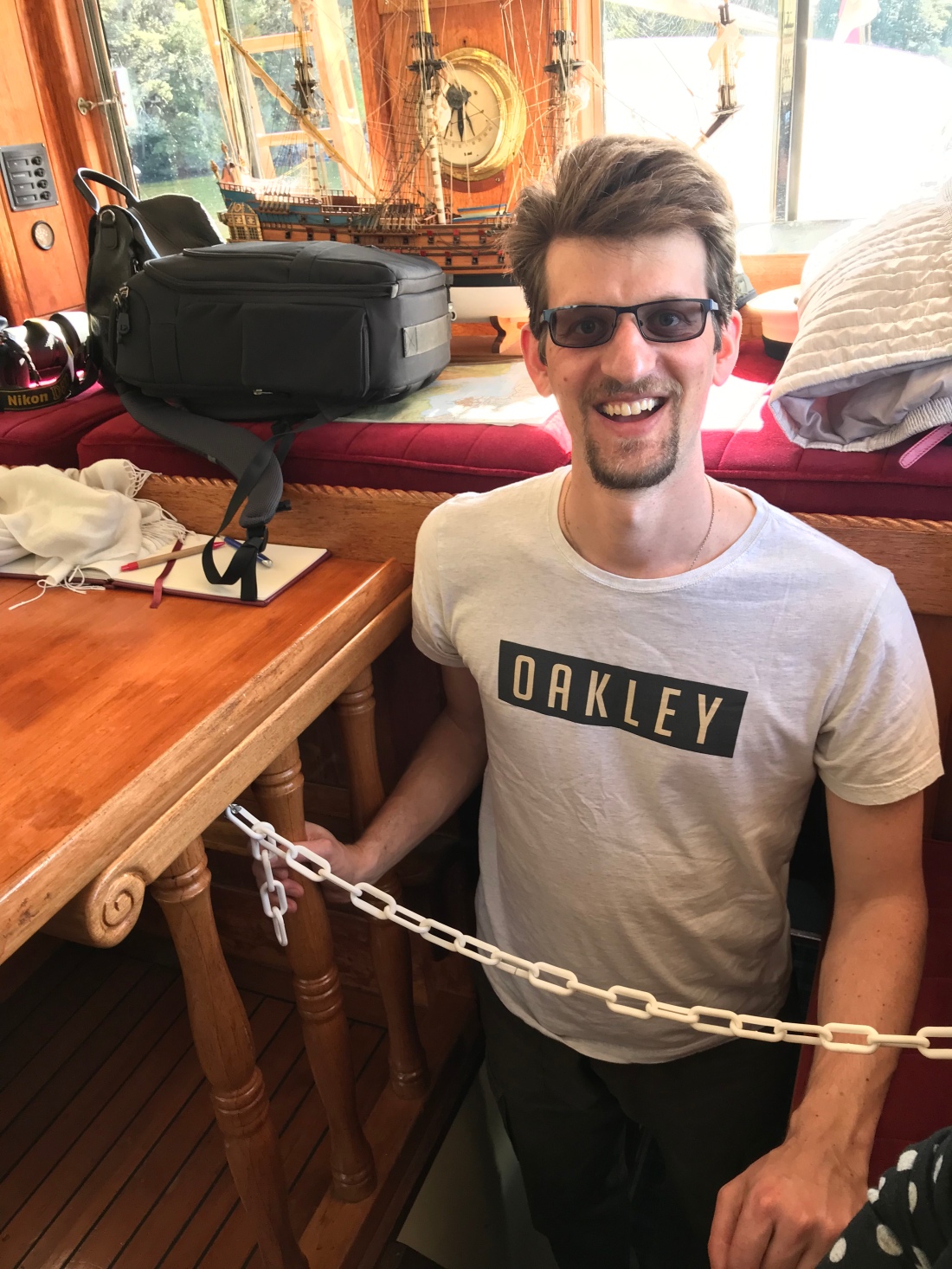 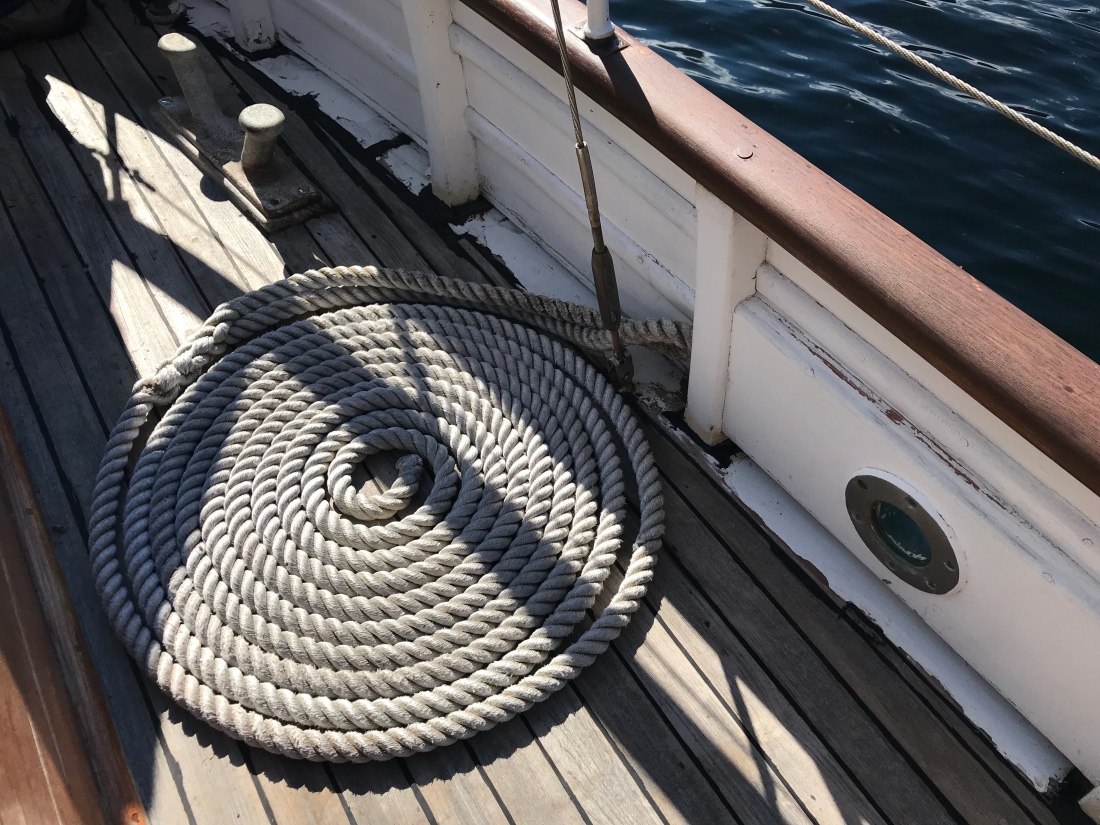 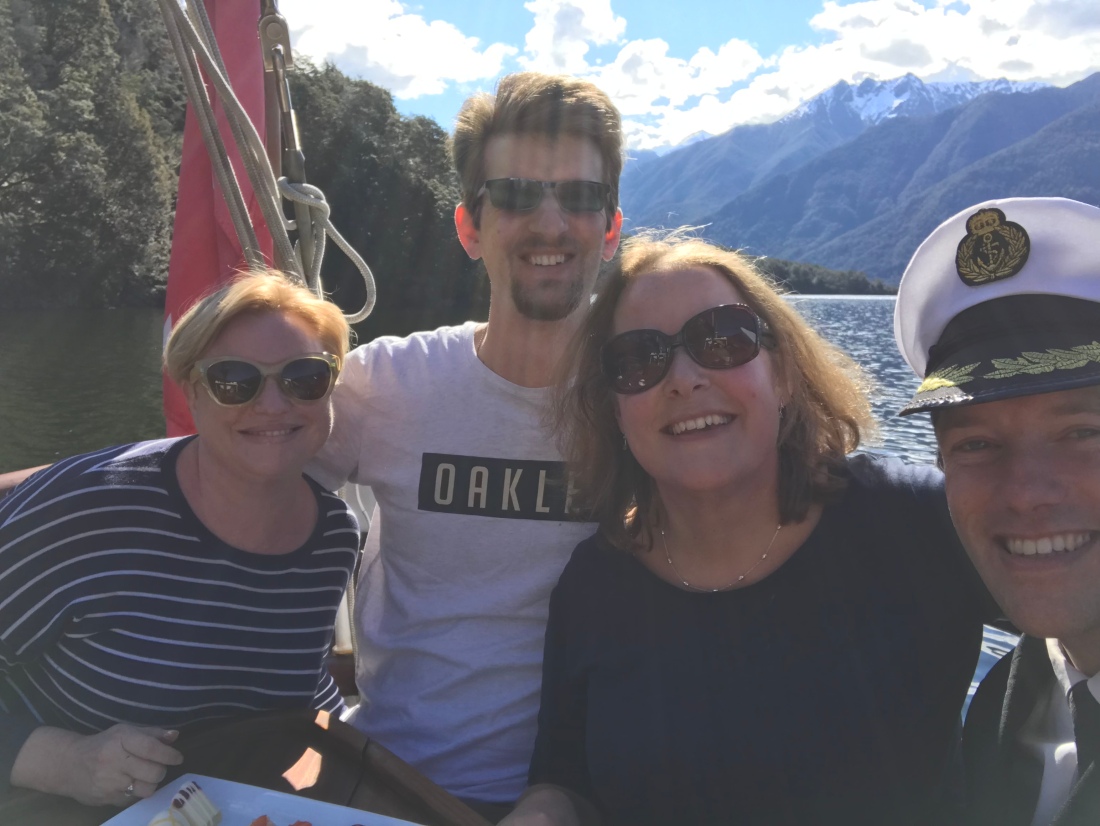 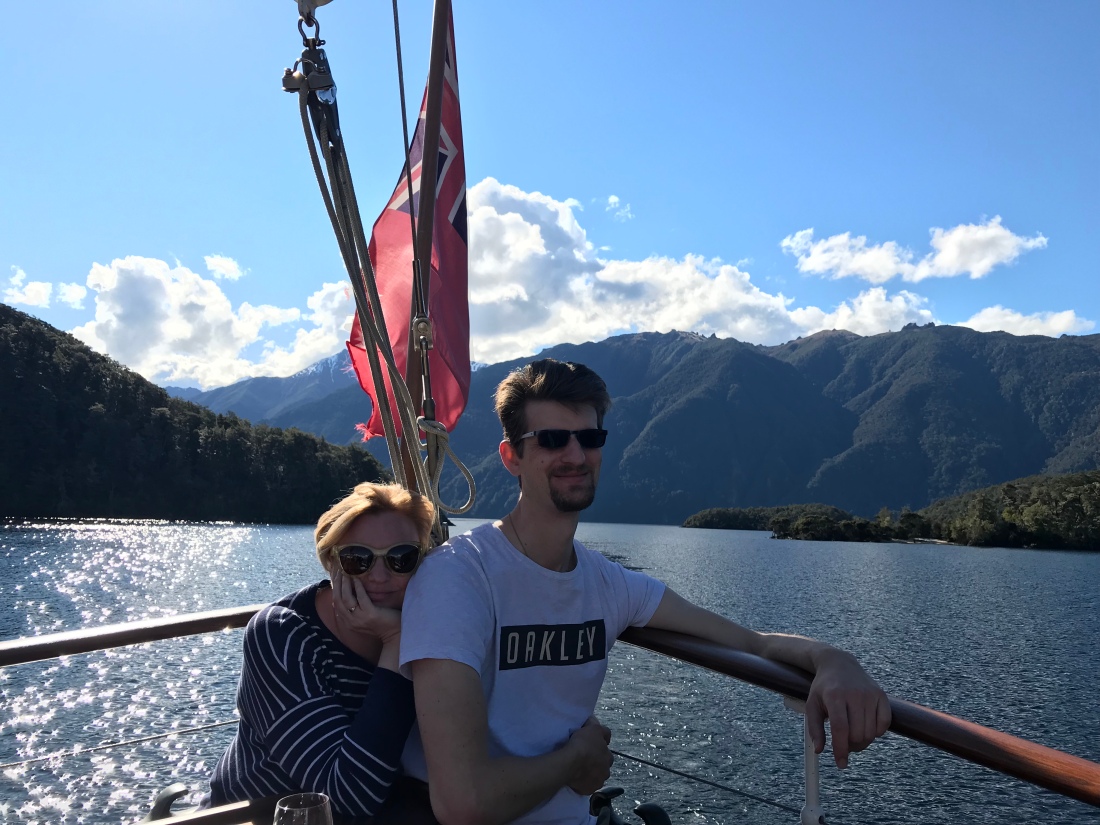 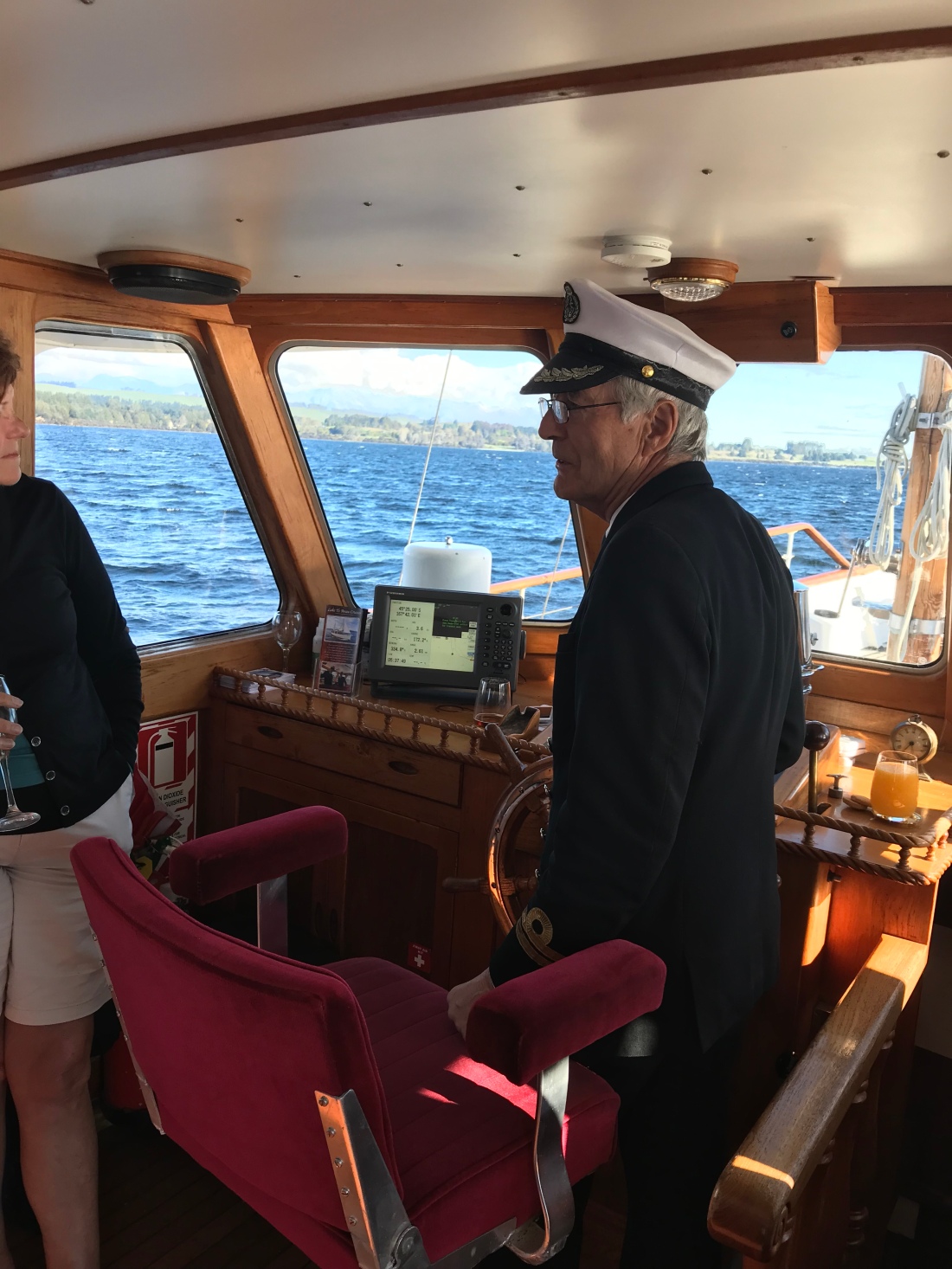 Ken (once a sailor, always a sailor) was in his element! 👆🏼Another great thing about this trip was that anyone could get involved with sailing the boat if they wanted to.

We arrived back with just enough time to catch the last showing of the Fjordland film in the local cinema, a beautifully shot introduction to the region.

The final words of the film were, “as man disappears from sight, the land remains…” which put me in mind of my conversations about climate change.

We dined out splendidly in Te Anau, and the next day after a fullsome breakfast at the lodge and our little impromptu concert, went our separate ways, Ken and Les driving back up to Wellington, and Stu and Tash and I continuing on to the southernmost point of the South Island.

5 thoughts on “Faith in Fjordland”