Wow. What a day! After a rather restless night trying to work out how to stay inside my mosquito net while also turning the air con on and off, I was woken at 4:45am – yes you read correctly – by what sounded like an hour long radio broadcast, including rousing patriotic sounding music followed by quite a bit of talk (maybe from an esteemed Party Secretary or something?). If I get the courage, I’ll ask about it at dinner soon.

I got up early (well I was already awake wasn’t I?!) and walked to the start point for the boat trip. This homestay is so great location wise! A couple I met on my first day recommended this trip and said to get there early to avoid the crowds. The pictures don’t do it justice but here they are anyway… 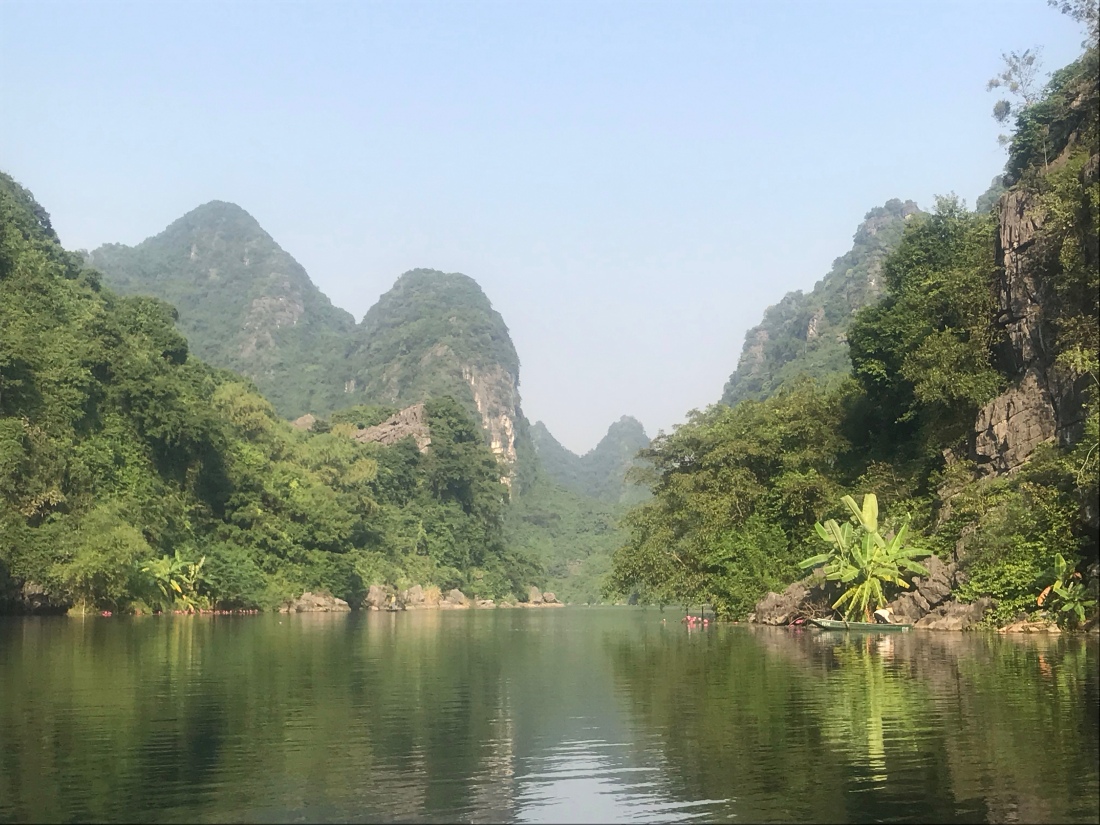 The lovely French lady in my boat, who a guy gave some food to so she could drop it in for the fish: 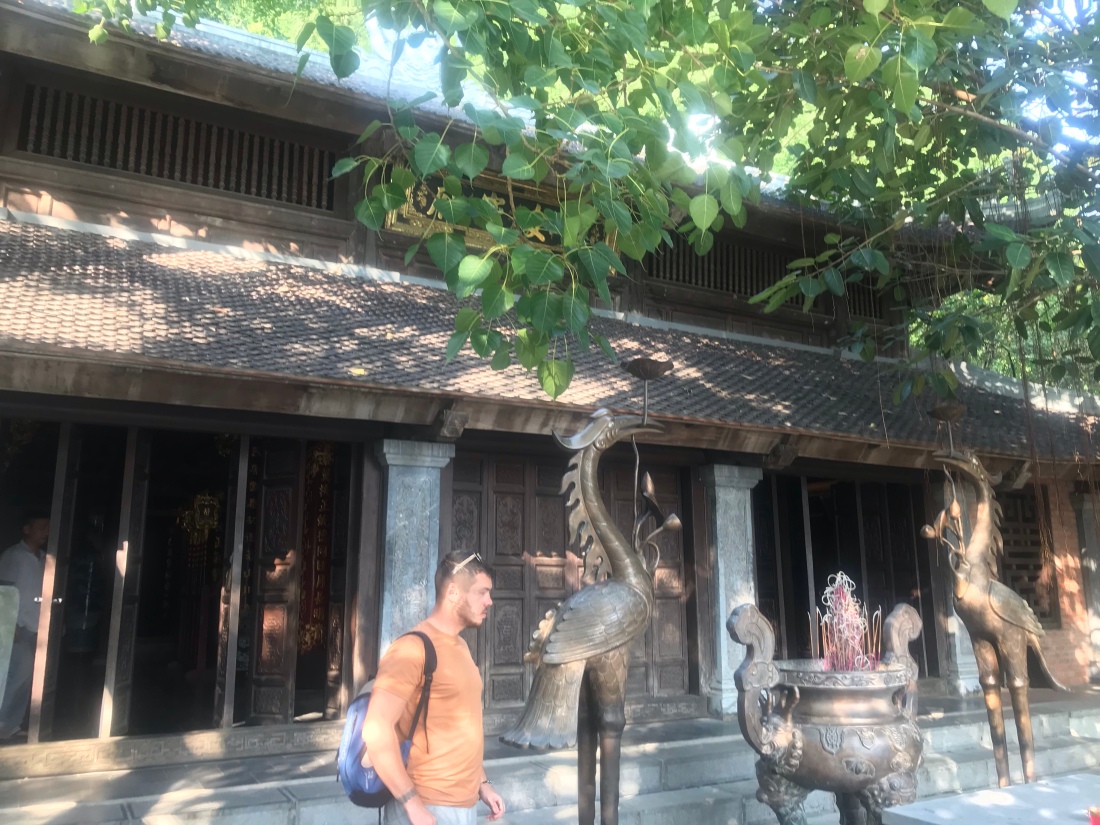 The temples here are all devoted to esteemed political/historical Kings and leaders. I only discovered afterwards that you’re not supposed to take photos!! There were a lot of sweet things being offered at these altars. I find the whole seemingly uncritical veneration of leaders here really strange. After all, I come from the nation that brought you Brexit. And a gazillion other shameful political moves. I guess this is a very British thing (well, to correct that, a very middle class left leaning British thing at least), but I feel uncritical acceptance of any human leader is probably not a good idea. Hey, I’m even up for criticising God, and I’m a vicar! (I reckon if God is God, God can take my criticism, anyway, and I increasingly subscribe to the Rabbinic notion that the asking of questions is probably more important than answers, and the word of God is there to be haggled over, rather than simplistically swallowed hook line and sinker.)

I felt quite at odds with the temples, but then I turned around and faced this awesome greenery, and felt drawn to prayer myself. Not worship of human beings, but of the One who made all this, and also to reverence for the creation itself. 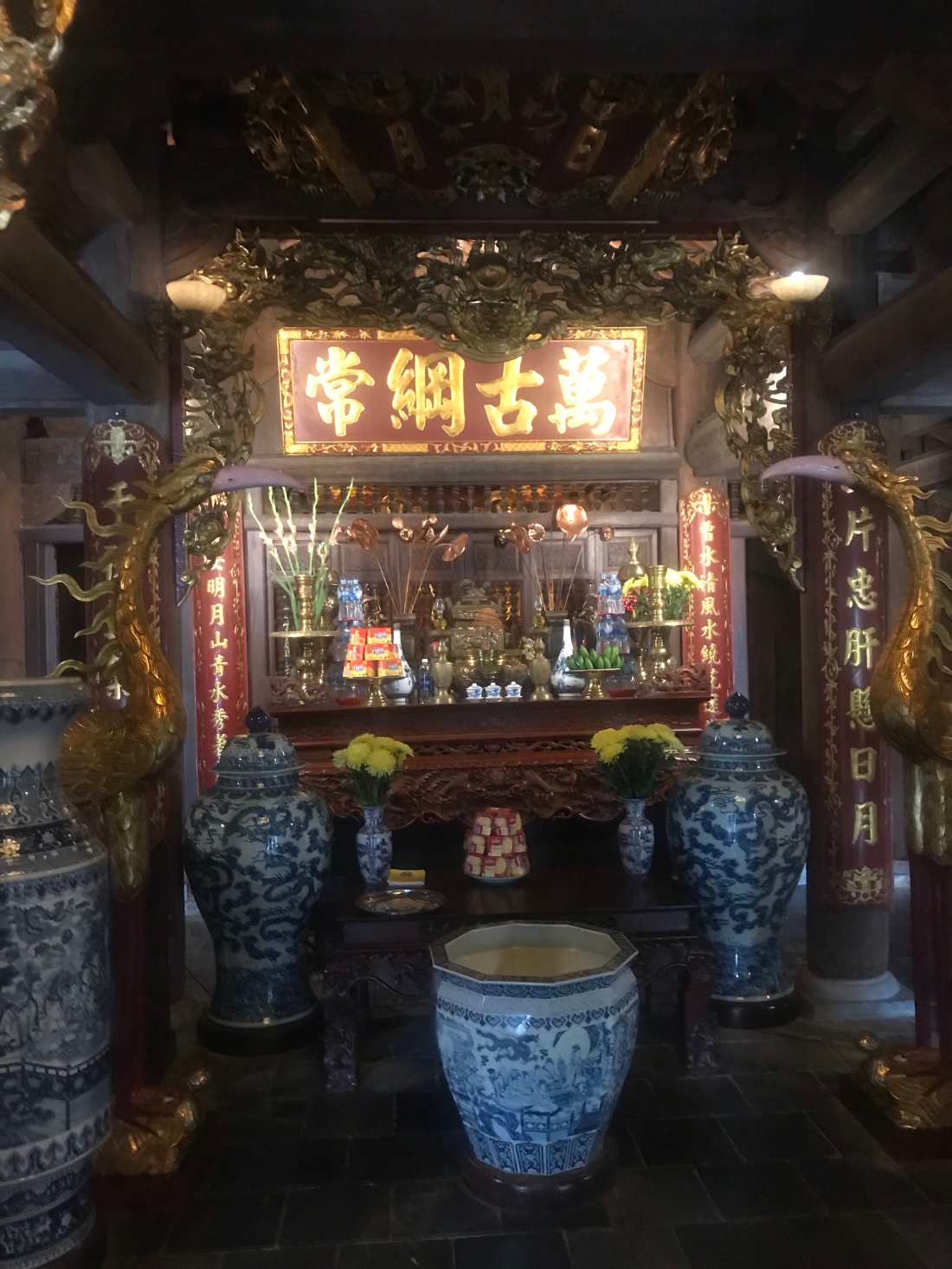 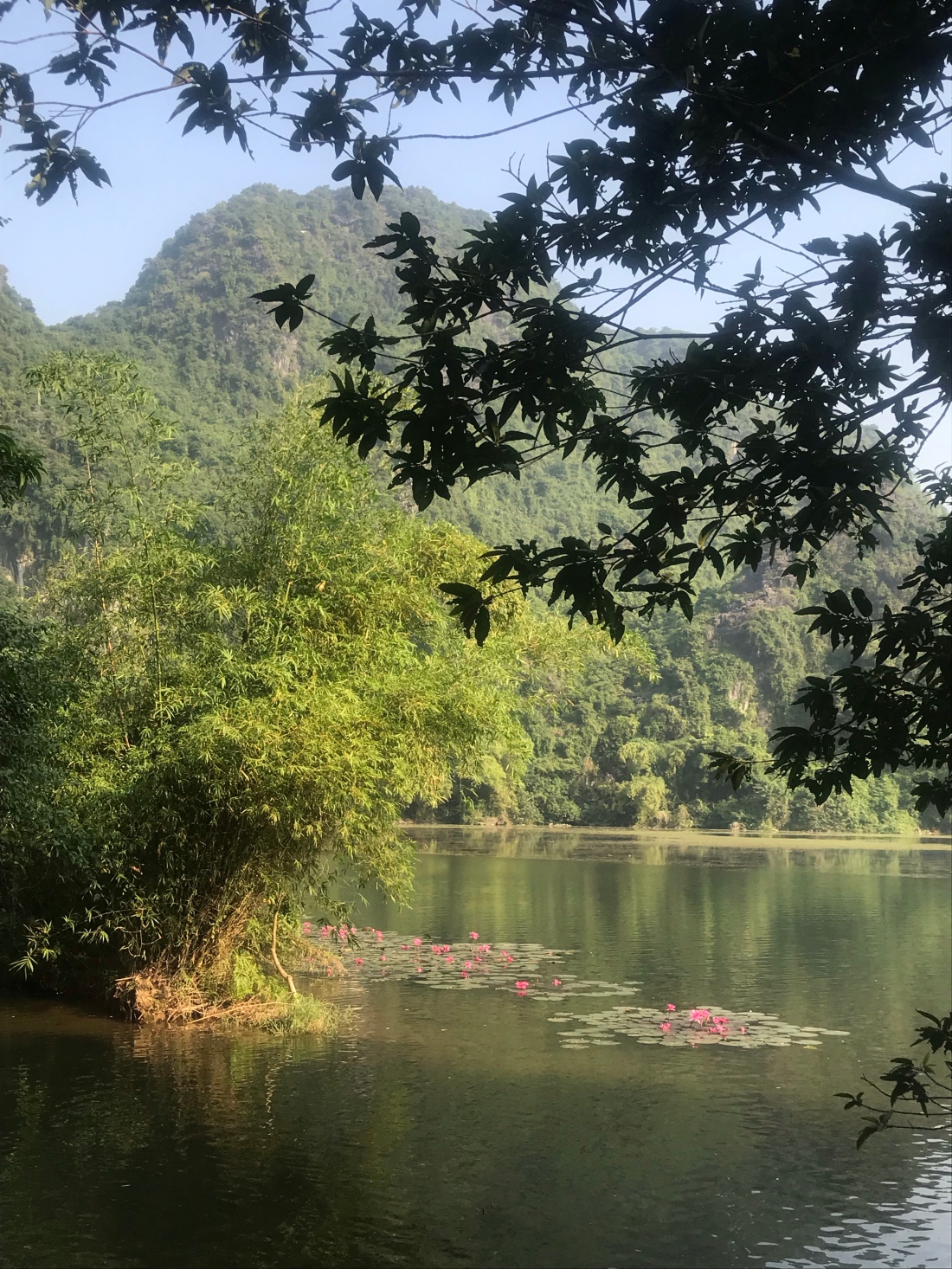 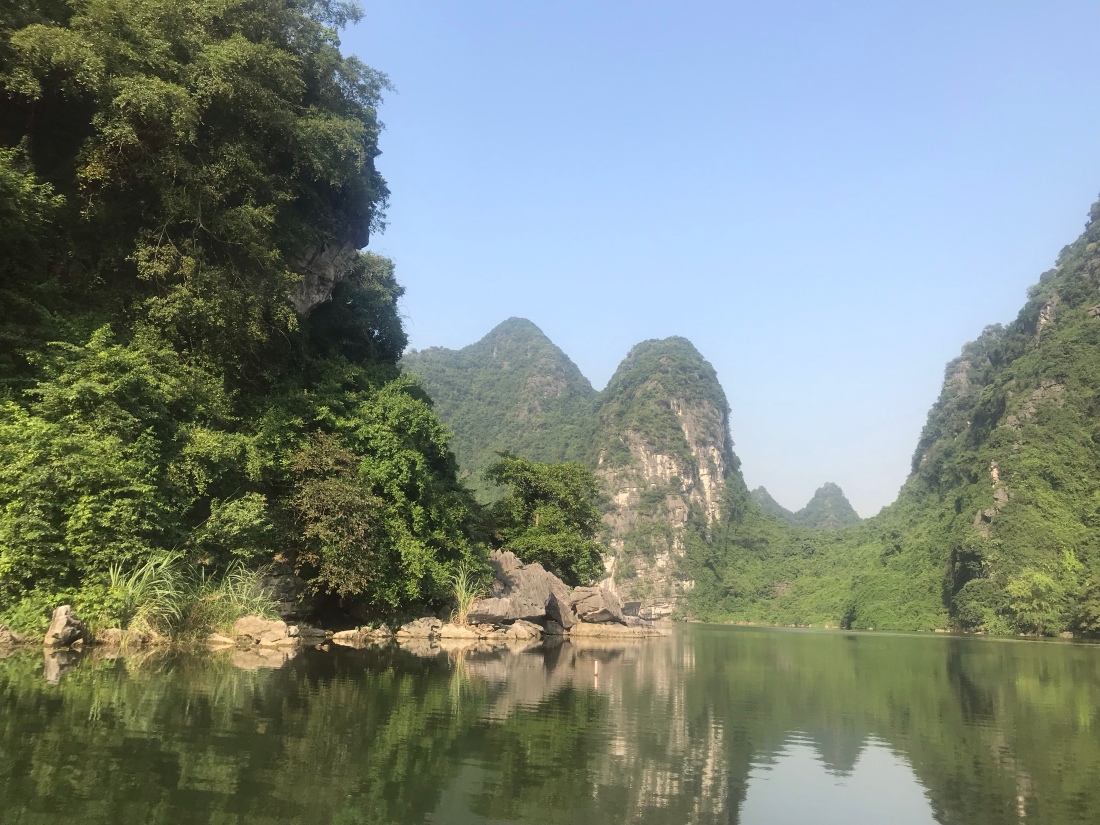 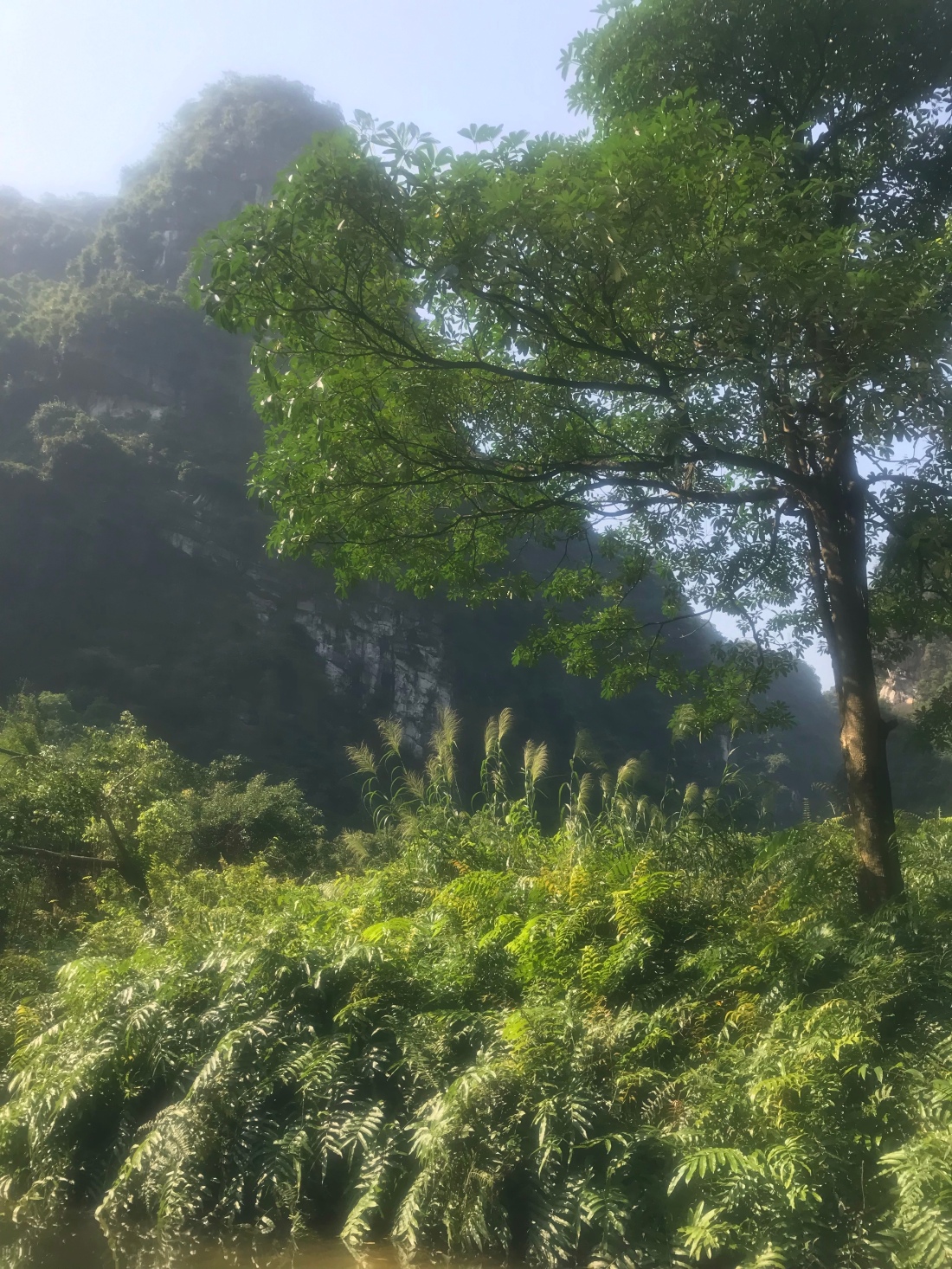 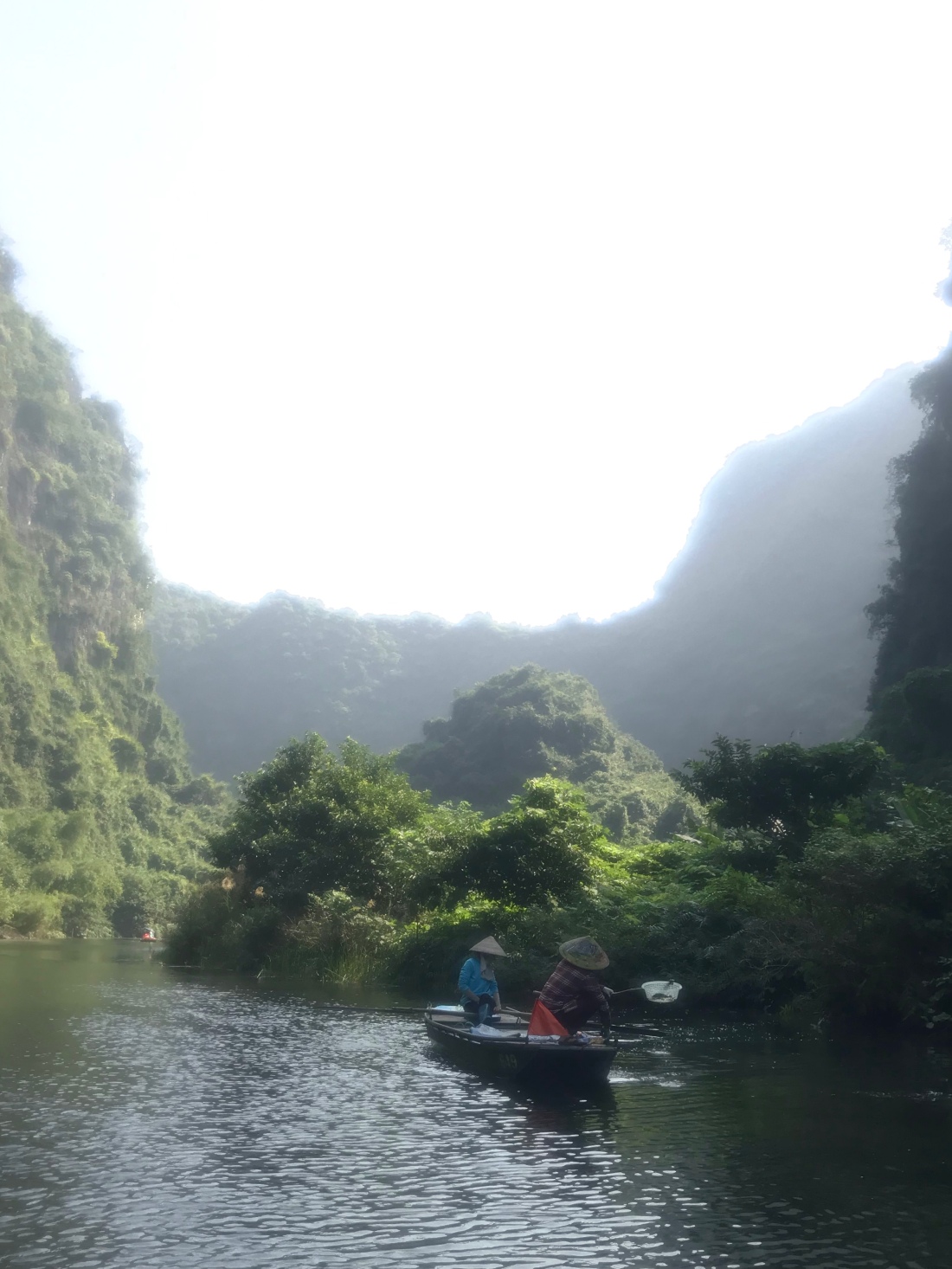 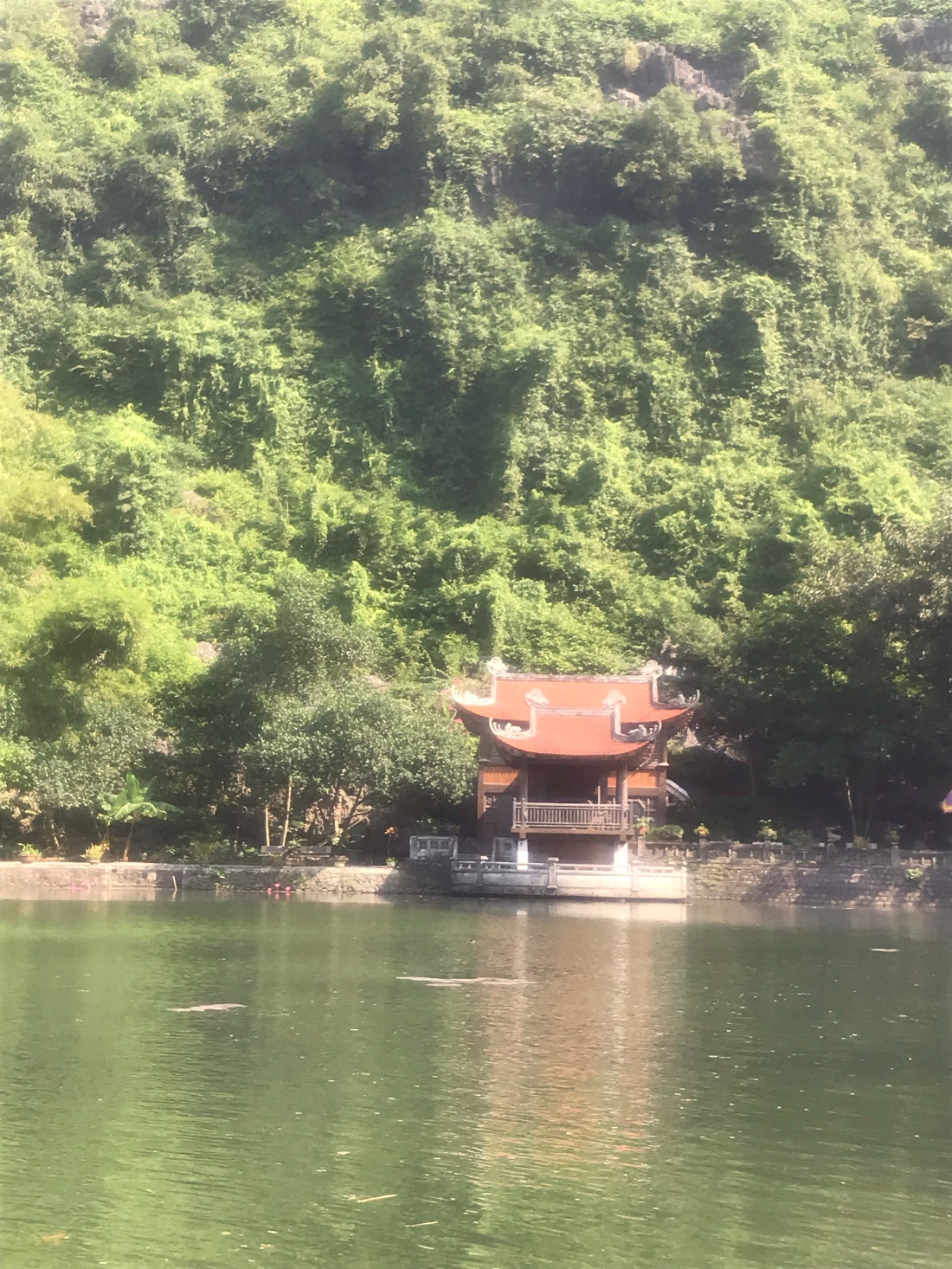 I think this might have been an area for some kind of tea ceremony? I’m not sure whether that is a thing here, but it looked like the right sort of set up, maybe? 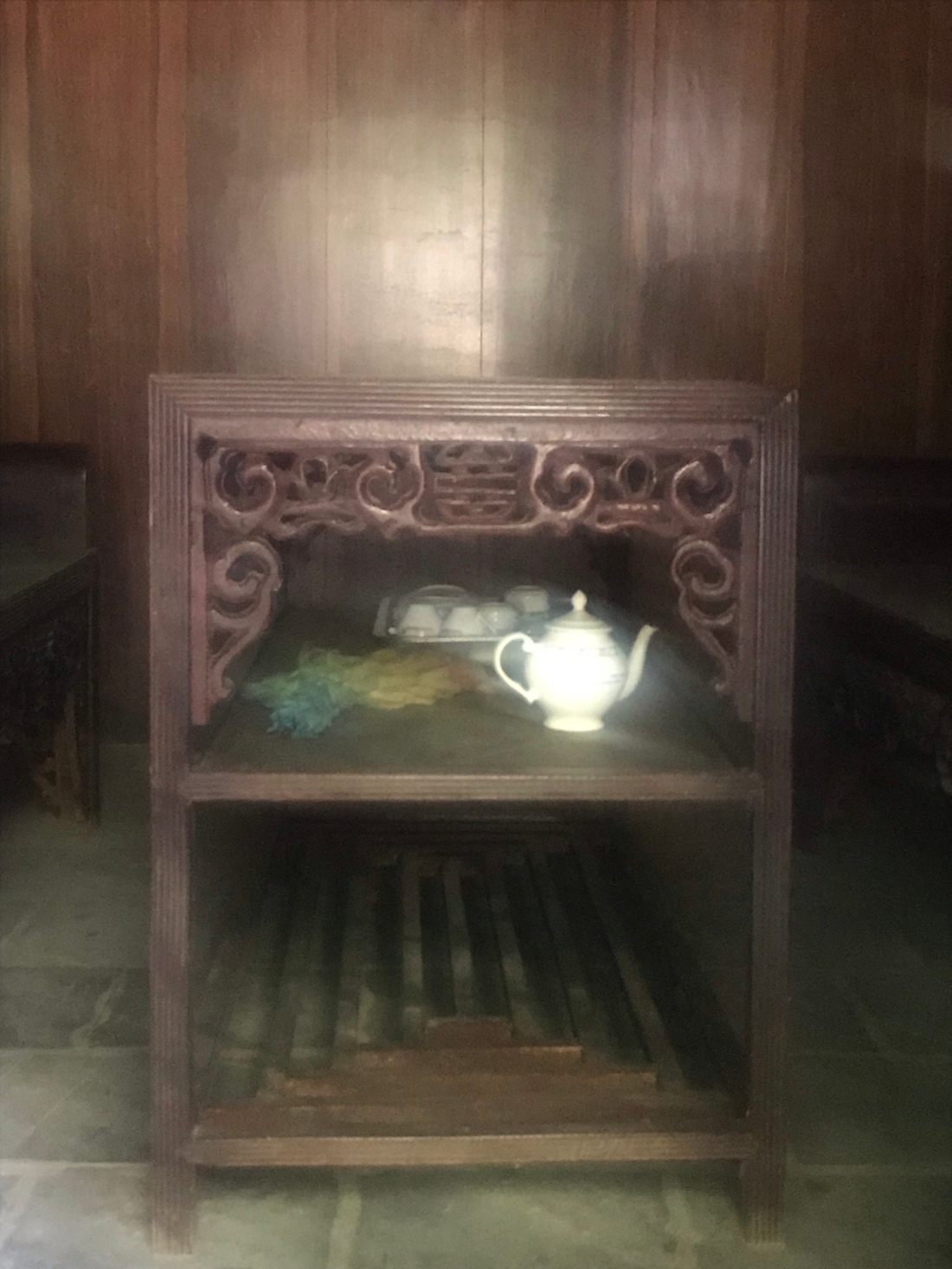 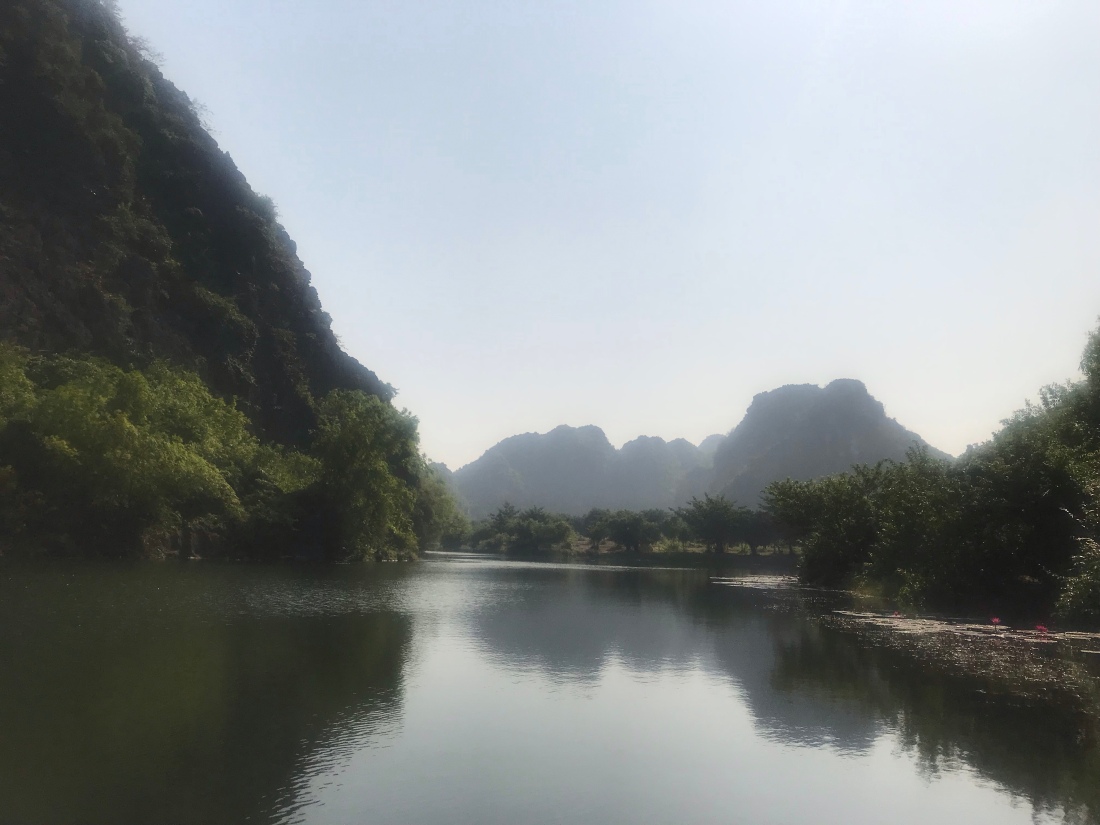 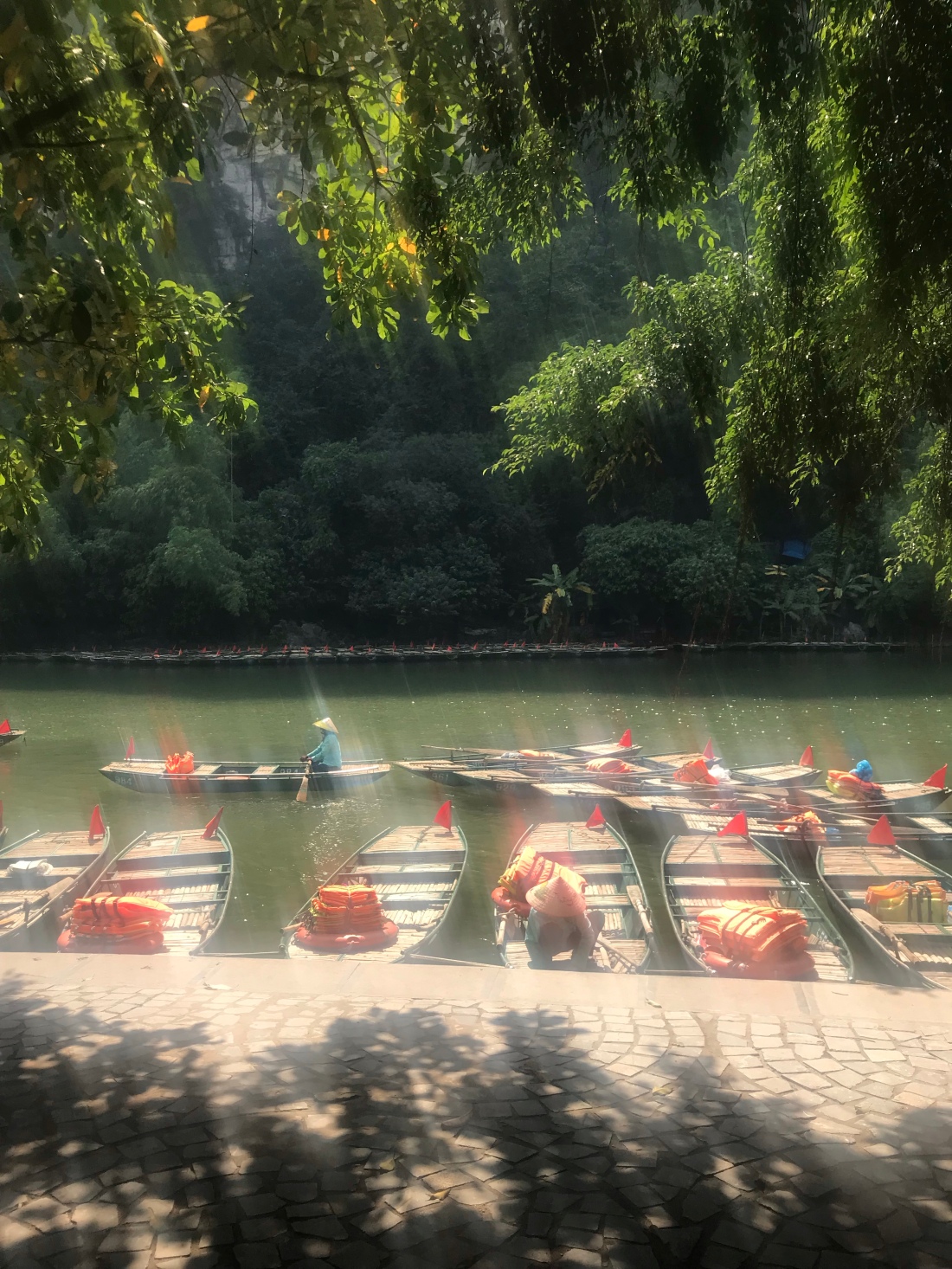 The trip was three hours long and took in 9 caves (which we were rowed through, including quite a few ancient stalactites, the occasional glitter of some mineral deposits or crystals or something) and three temples to esteemed leaders from the past. By the end, the humidity was really starting to get to my phone, producing some interesting special effects on those last few photos!

This was a lovely, gentle and peaceful morning. The guy rowing us had a lot of work to do (he rowed a long way, surprisingly fast). His English wasn’t great, but that didn’t matter as he was silent for most of the trip, which seemed an appropriate way to greet such green splendour.

The couple in my boat with me turned out to be French, so we spoke a little in French and a little in English. And he helped me in and out of the boat, for which I was very grateful! They also told me that this area was used in the making of the second King Kong film apparently. Well, there you go.