I’m having some problems with WordPress at the moment delaying my uploads. In the course of trying to fix them, I saw this post from 12th Oct was never published! From halfway down the North Island of New Zealand…

I hadn’t appreciated that the North Island has mountain ranges as well as the South Island. We drove south around the enormous Lake Taupo, stopping for a delicious lunch of fish and chips made with fresh snapper. Stuffed to the gills, we drove further around the lake and then up to skirted the edge of Mount Ruapehu, the highest mountain in the North Island, made famous as Mount Doom in The Lord of the Rings films. It wasn’t long before we had climbed above the snow line. Incredibly, for anyone not familiar with mountainous regions, this colossal mountain was more or less invisible due to the low cloud, as the snow fell. This👇🏼was the most I could see of any mountain, and I don’t think this one was Ruapehu!

A very palatial looking café and hotel appeared out of the mist some way up, with about 10 snowmen that had been constructed (no doubt by kids on school holidays) on the lawn in front of it.

We sought warmth, a refuge and a cup of tea in the café, and through a short series of miscommunications with the very keen and attentive waitress, inadvertently ended up with a delicious cream tea each! We thought we were full, but where there’s a will, there’s a way! Don’t mind if I do… 😋 We had the usual cream or jam first debate, and the do you call it a “scon” or “scohne”. I pulled the “I’m from Dorset and that’s a darn sight nearer Devon than anyone else” card, so to my mind won. Of course, my uncle was also born and bred in Dorset, but he’s lived in NZ for over thirty years, which has clearly messed with his memory of how these things should be. I’ll leave it to readers to continue those time honoured debates. The main lesson being, when the universe offers you such delights, you should make jolly sure you enjoy them. 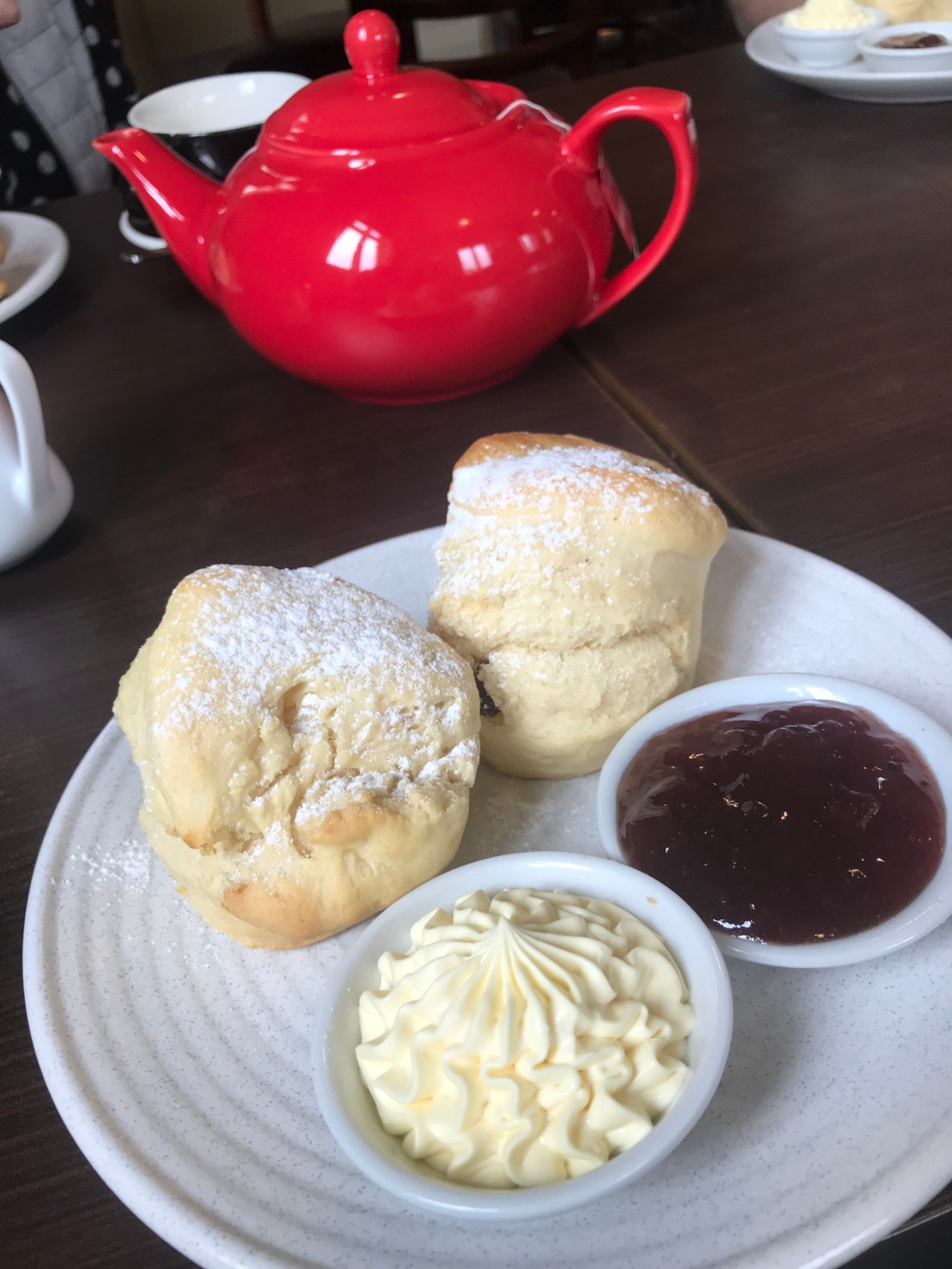