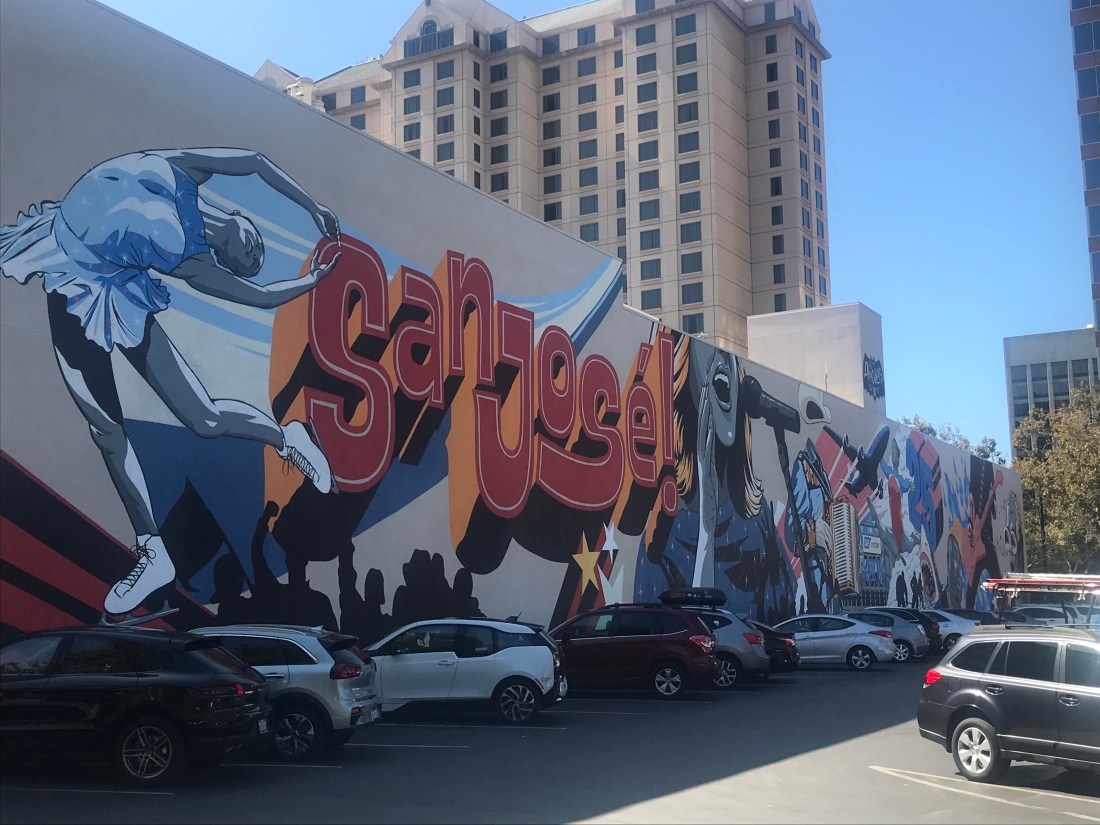 I spent a morning in downtown San José (about 35 minutes on the train towards Campbell), mainly at The Tech Interactive. It used to be called “The Tech Museum of Innovation”, but I guess they realised the word “museum” doesn’t go too well image-wise with “innovation”! 😆 And also that they needed to make the whole thing more accessible to the less geeky part of the population, including potential mini geeks (the next generation of Silicon Valley geniuses).

I have questions about all of these innovations, but what I particularly liked was the way the inventors said onscreen how people (including children) could do their bit. The impressive thing was that, for example, the bus guy didn’t just say we should use his buses (there are quite a few in California and a few other states and Canada, but the reach is still small). Instead he encouraged people to use public transport of any sort, because 40 people on a bus is better than 40 individual cars, and also, until there’s a serious level of demand for more public transport, it won’t be properly invested in.

All the inventors had similar points to make, also encouraging us to get, and stay, informed about climate change. They also encouraged children to not just accept the way things are, but to think about how they could be better, to get imagining and creating. I loved that!

Then there was an exhibition about the human body… some pics here (look away if you’re squeamish!): 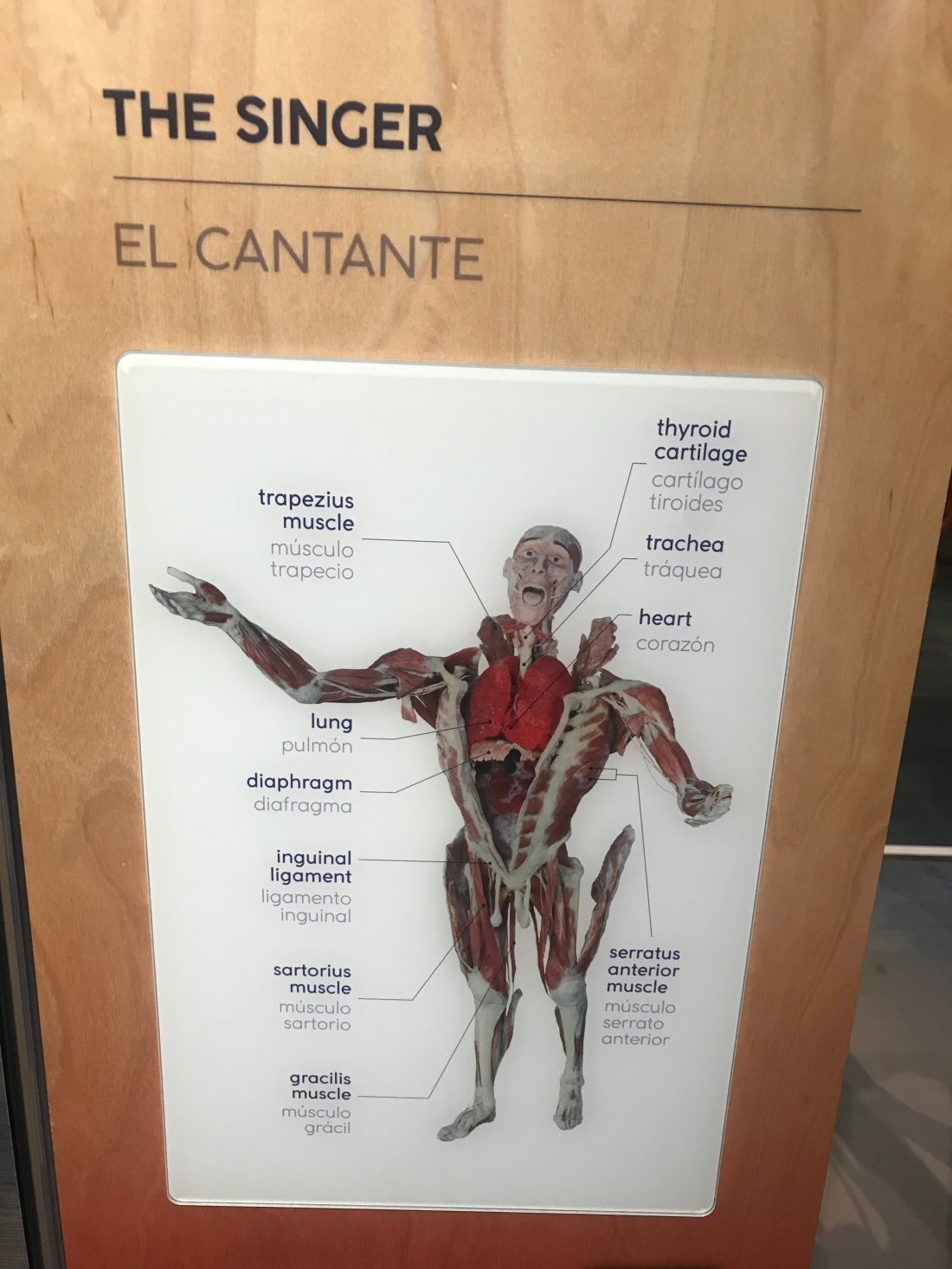 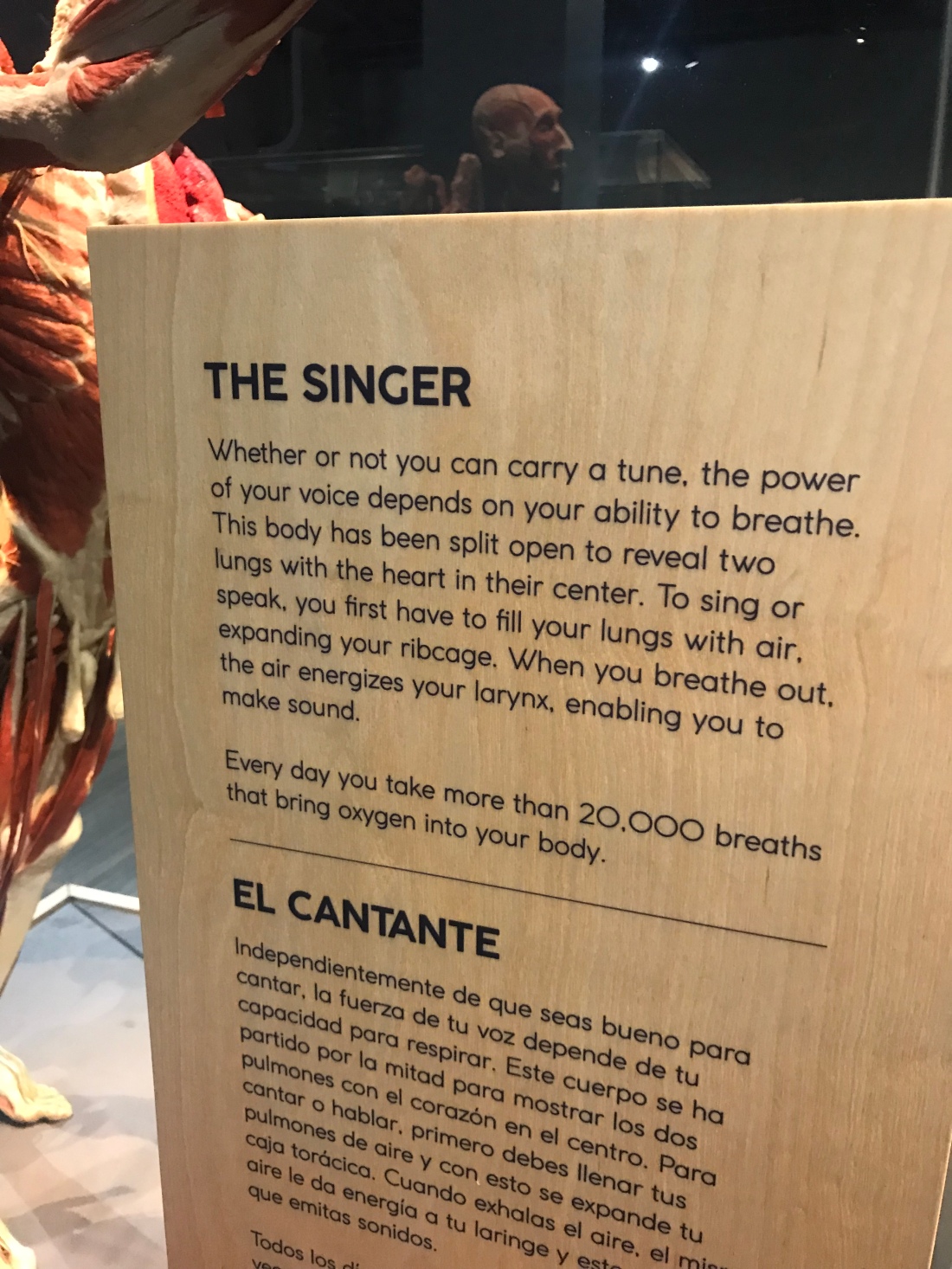 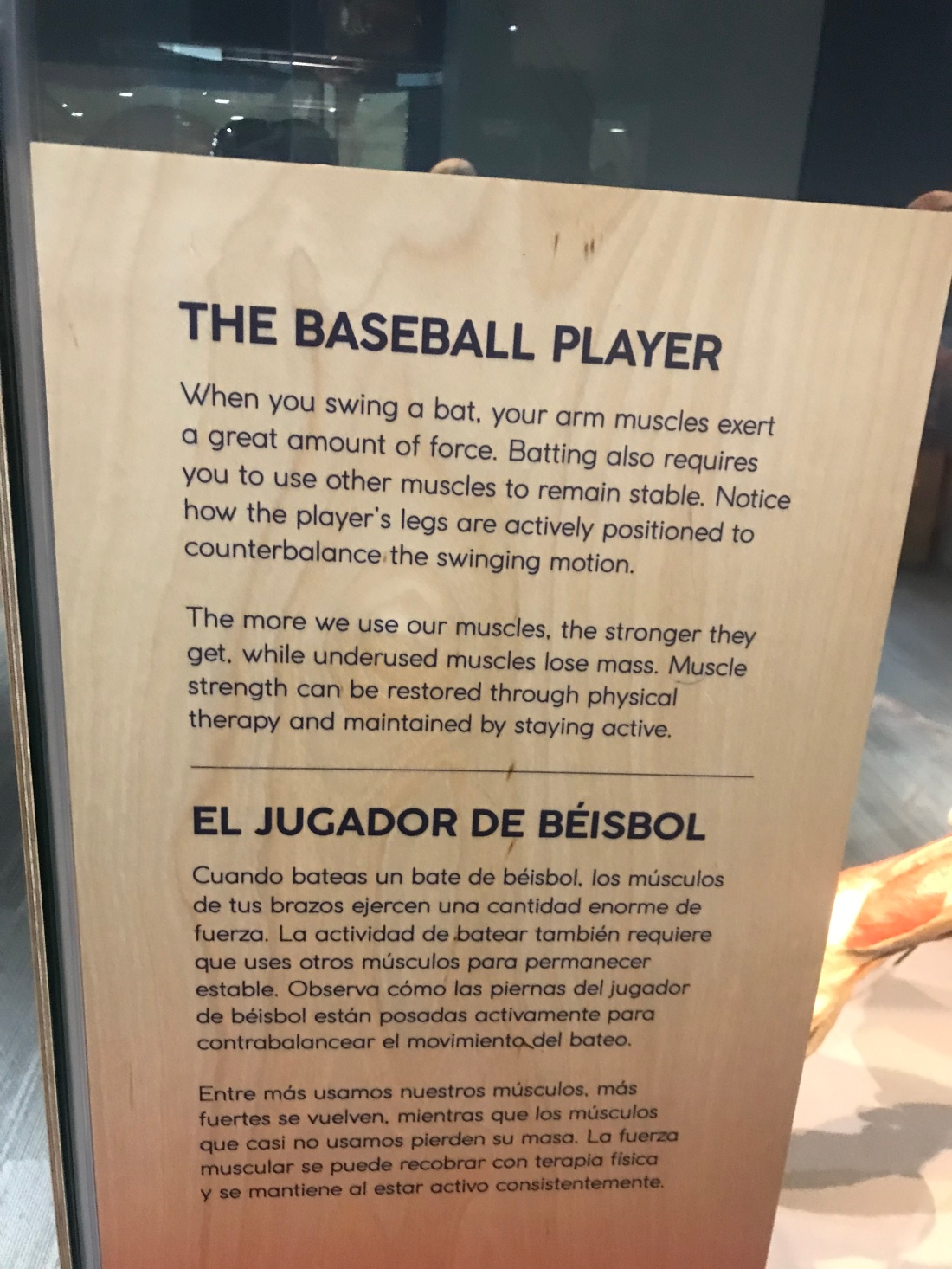 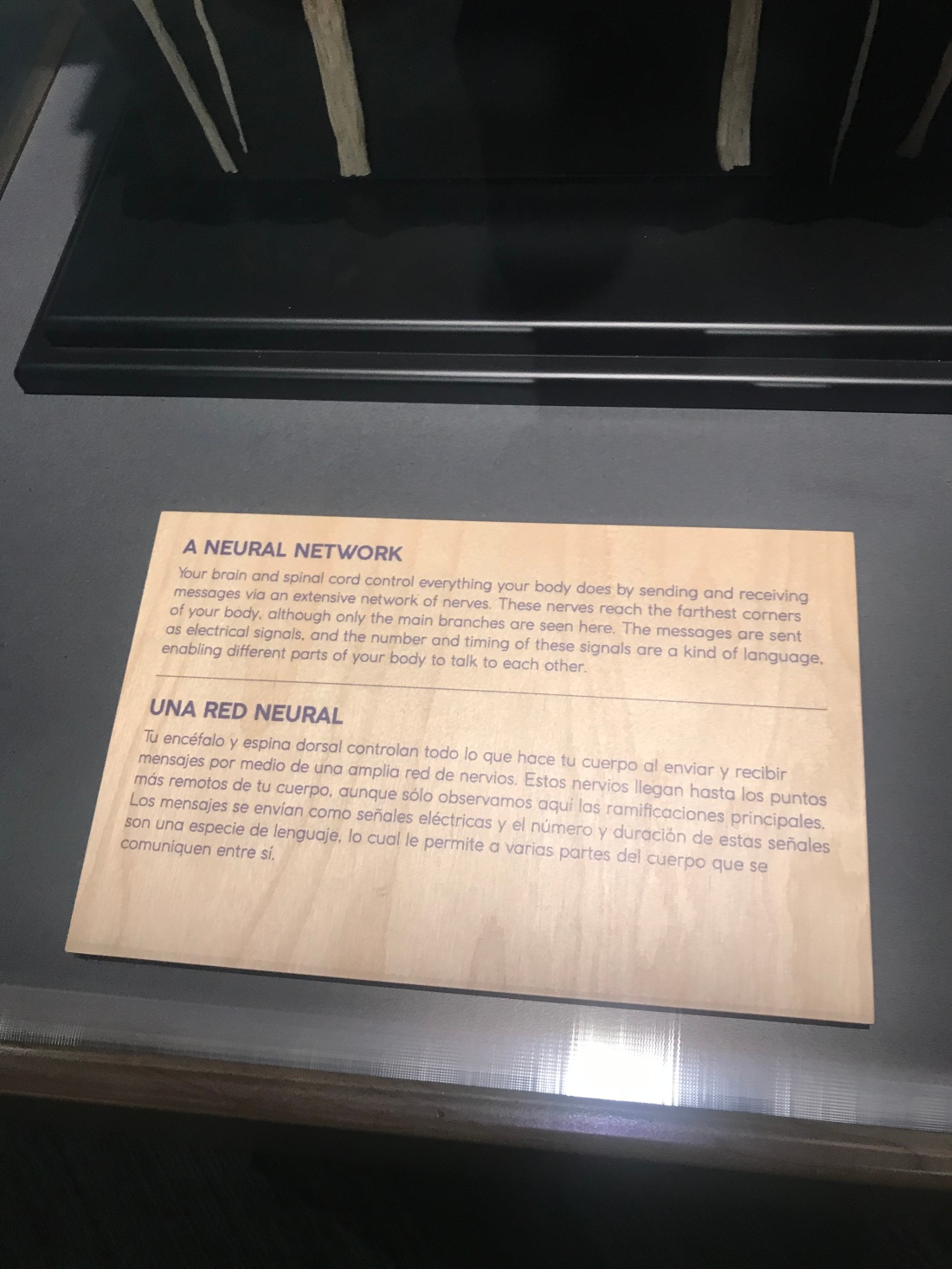 …including an electronic “dissection table”, where medical students could see an image of a detailed scanned human body of an actual person who’d died, and could get it to show just the nervous system, the skeleton, the organs, whatever. You could also “cut” the image wherever you liked to see a cross section of whatever you wanted. And you could turn the body round in any direction too. Amazing, really.

Then I had a go at some biology experiments, involving rubber gloves, test tubes, pipettes and an incubator etc. I was very cleverly directed step by step through the experiment to where all the equipment was and so on in a fully automated way. It was great fun, but my criticism would be that I didn’t at any point really understand what I was doing or why I was doing it. I reckon they could work on that.

Then there were a couple of other experiments that you could do directed by a staff member… hmmm… the biology guy was super keen and very good with the kids who it was mainly aimed at (I realised, having already committed myself!). One or two of the others I got the impression the staff members were either very personable but ignorant about their exhibit or very technically adept but not so good at relating to people rather than machines!!

I really enjoyed playing with the Wiki Music thing to make up this little piece:

And I couldn’t resist sitting in this sculpture and having a bit of a sing. The acoustics were crying out for it:

The thing that eclipsed all of the above, however, was when I emerged into the store and moved dazed and blinking and with great resolution and speed toward the sunlight of the open door and fresh air of the street, only to find *SMACK* that what I had thought was an open door was in fact a solid window. Very clean, floor to ceiling, but also very solid.

This was why I took some time out for comfort food, on what can only be described as an American scale:

…and also why my trip to Campbell was short and involved a lot of sitting down and reading! My nose was actually quite badly damaged as was revealed when I removed that deceptively small plaster. Getting better now though.

So… The Tech… too clever by half, perhaps?! Brought out my inner geek, which left me ill equipped to cope with normal things like windows and doors! 😂